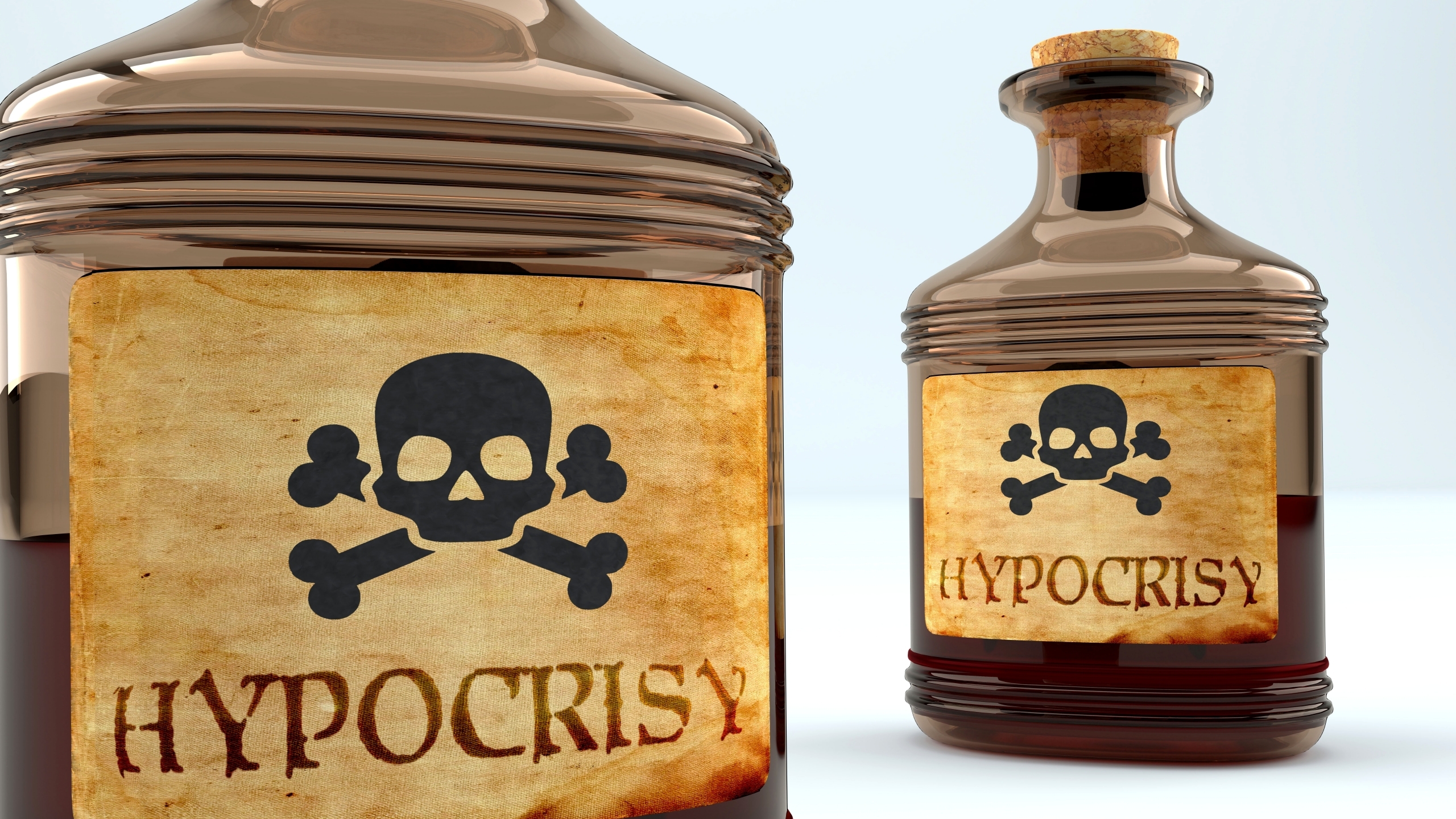 Dangers and harms of hypocrisy pictured as a poison bottle.

Hypocrisy. Let’s take a look at it.

There should not only be mask mandates during this deadly pandemic era, but also vaccine mandates (for all people, except those who have disqualifying health issues or real religious objections).

Indeed, many longtime, serious (and deadly) diseases have been basically irradicated in modern times by vaccines: Smallpox. Zero cases or deaths since 1980. Why? Vaccines. Vaccines that were mandatory.

How about measles? Cases still occur, but they’re classified as “extremely rare”: About 1,000 cases a year in the United States. Why so rare? Vaccines. Vaccines that are still mandatory.

We’ve been mandating vaccines for public health reasons forever. Yet, somehow, COVID-19 is different. Certain groups in the United States object to mandatory vaccines because “it’s my body, so let me decide what to do about my body.”

Except, it’s not just your body. If you get COVID, you can easily pass it on to other bodies. And you do. Just like what used to happen with polio and smallpox and measles.

A big chunk of those “it’s-my-body” people oppose a woman’s right to choose what’s right for her body and well-being.

President Joe Biden has proposed a $3.5 trillion jobs and infrastructure plan. But there are those (a couple Democrats and just about every Republican) who oppose the effort, many say, because it’s too expensive.

Yet, those same Republicans (and a few Democrats) were all on board for the 2017 Trump/Republican tax cut plan for the already-rich-and-getting-richer that’ll add nearly $2.3 trillion to the national debt.

Many conservative voters may simply ignore their hypocrisy, but they’re not stupid. They know they cannot win a national election anymore. That’s why they use gerrymandering and voter suppression.

They have to rig the system, then leverage the archaic Electoral College to have a chance at winning on the national level.

On the state level, then voters overcome the suppression and gerrymandering – like they did in Georgia earlier this year when two Democratic U.S. senators were elected, they change the rules again: more voter suppression.

Even in Alabama, which hasn’t elected a statewide Democrat since Sen. Doug Jones won a Senate post in a special election, voter suppression and gerrymandering are how Republicans keep winning six of the seven House seats and the U.S. Senate.

Then, when Democrats have a reasonable federal voting law that evens the playing field, the Republicans NEVER join in for more voters. Because they know the more people who vote means the less chance they have at winning.

I toss and tumble when I sleep. So many challenges face our nation today. A deadly pandemic. National policies that make the rich richer and the poor poorer. Voter suppression and gerrymandering that keep the cheaters in office and doesn’t open the field for people who could bring a big difference to Washington, D.C., and Montgomery.

But I don’t worry about being a hypocrite. Oh, I’ll change my position if the facts show another direction. I’ll apologize if I get it wrong. Still, I’m not going to stay awake over knowing that I’m a hypocrite and ignoring it.

Only hypocrites can do that. As non-conformist, popular author,and blogger Jess C. Scott says: “Hypocrites get offended by the truth.”