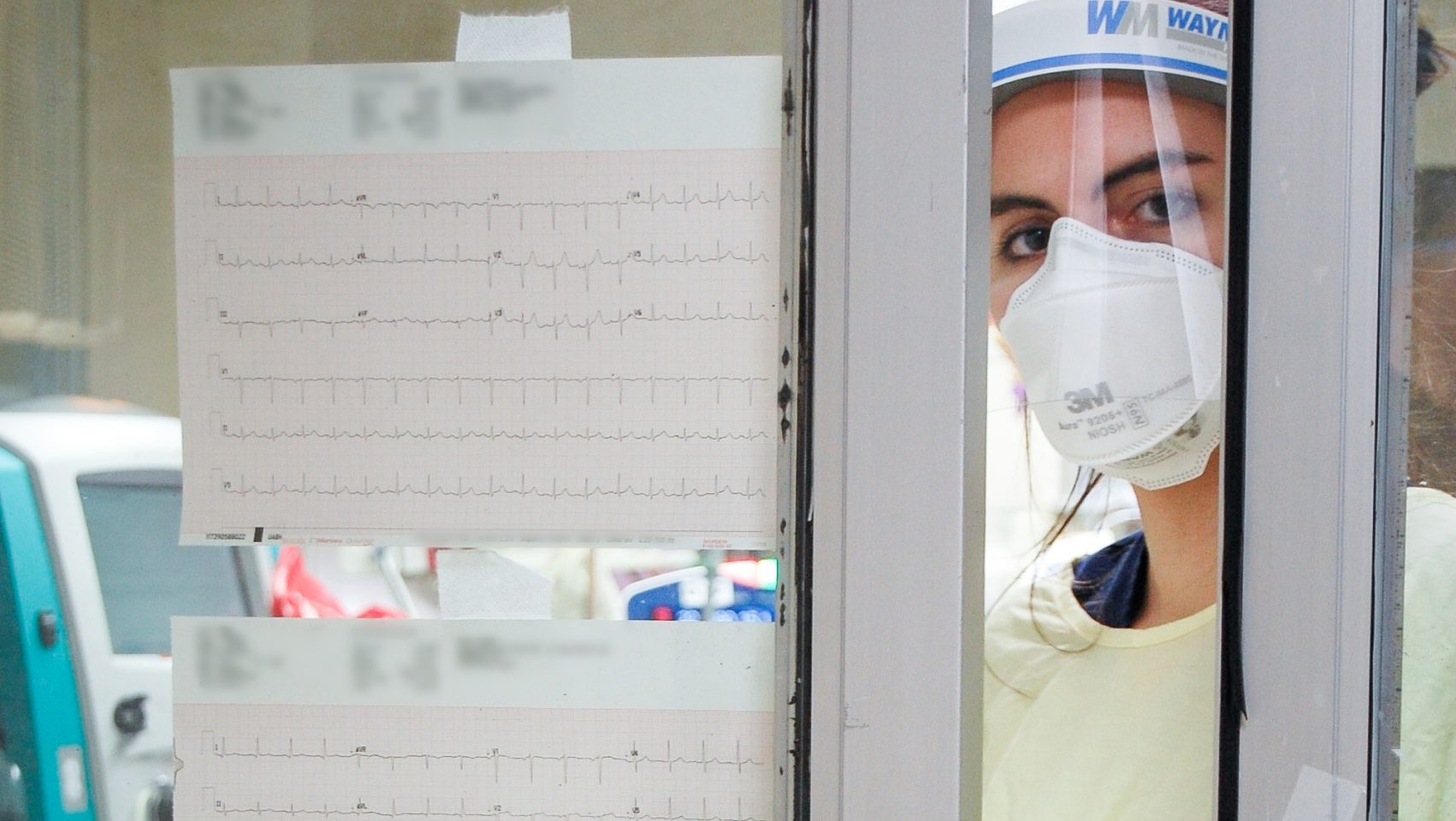 A health care worker in a COVID-19 unit at UAB Hospital in Birmingham, Alabama. (VIA UAB)

Alabama leads the country in recent per capita COVID-19 deaths, a tragic byproduct of the state’s summer surge in hospitalizations and its low vaccination rate.

In Alabama, over the last week, there were 2.16 COVID deaths per 100,000 residents added to the state’s official death toll, which placed it as the deadliest state per capita in the nation, according to tracking by The New York Times.

It’s important to note, however, that most of the deaths added to Alabama’s official death toll over the past week did not actually occur within the last seven days. It takes time for the Alabama Department of Public Health to get a report of a COVID death, then confirm that death through medical records and interviews, and publicly post the data.

Alabama’s total death toll from COVID-19 increased by 205 on Wednesday, after adding 250 deaths on Tuesday. Over the last week, the death toll has increased by 881 deaths. The state has confirmed a total of 13,665 COVID deaths as of Wednesday.

Dr. Kierstin Kennedy, chief of hospital medicine at the UAB Hospital in Birmingham, told ABC News on Tuesday that the state’s COVID hospitalizations are dropping. “But unfortunately, it’s not because all of them are getting better and going home to their families… These patients are dying,” Kennedy told ABC News.

There were 1,766 COVID patients hospitalized in Alabama on Wednesday, a 38 percent reduction since Sept. 1, the peak of this latest surge.

The decline of 1,124 hospitalizations, however, was the product, in part, of COVID deaths during those three weeks. At least 547 people have died since Sept. 1, 2021 — although that number is sure to rise as ADPH confirms and tallies more deaths.

Alabama’s ICUs remain critically full as well, which will likely result in more deaths in the coming days and weeks. ICUs statewide on Tuesday were at 99.3 percent capacity, with 42 percent of all ICU patients being COVID patients, according to the Alabama Hospital Association.

“These patients are as sick if not sicker than elderly patients, they’re staying in the hospital longer, and they’re dying at an alarming rate,” Kennedy told ABC News. “It’s unlike anything that I’ve seen.”

Alabama also has the fourth-lowest rate of fully vaccinated residents in the nation, at 41.7 percent, according to the Centers for Disease Control and Prevention.