Congressmen Barry Moore, R-Alabama, and Mo Brooks, R-Alabama, both voted against the House’s version of the National Defense Authorization Act (NDAA) of 2022. The NDAA sets policy for our nation’s defense. Moore said that this year’s bill, written by the Democrat-controlled House Armed Services Committee, was heavily amended on the floor of the House, and includes several provisions that Moore felt were unrelated and even harmful to our national security.

“Instead of prioritizing and strengthening programs to better equip our military against growing global threats, Speaker Pelosi hijacked a traditionally bipartisan defense authorization bill to instead transform our military into a woke social engineering experiment,” Moore said. “By inserting the requirement that our young women must register with the Selective Service – without providing any justification or explanation for how it is necessary for our national defense, Democrats have escalated their war on traditional families and opened our daughters to the dangers of being drafted into combat zones around the globe. Not content to stoke gender fights, Democrats are using this defense authorization bill to promote Critical Race Theory, a racist and intentionally divisive ideology that would cripple the morale and cohesiveness necessary for any military unit’s success. As a veteran, I know firsthand the importance of comradery and shared values inside a unit, and the promotion of CRT philosophy will unquestionably damage our troop readiness.”

Brooks also objected to these controversial provisions inserted into the defense bill.

Brooks said: “Alabama citizens overwhelmingly reject taxpayers being forced to pay medical expenses for those who engage in transgender surgery and a life-time of costly hormonal treatments, reject Marxist and racist Critical Race Theory being forced down the throats of American service members, reject subjecting teenage girls to a military draft, reject using national security to promote private-sector unionization, reject the denial of due process for those who exercise their Second Amendment right to keep and bear arms, and the like. My vote reflects the will of Alabama citizens.”

“Although I regret having to vote against a bill that authorizes military programs, and I appreciate the work my Alabama colleagues Representatives Rogers, Brooks, and Carl did in committee to remove some of the more egregious Democrat policies in the bill, I cannot condone the jeopardization of our nation’s military readiness and the safety of every American just to appease the radical progressive flank that has overtaken the Democrat Party in Washington and undermines our nation’s values and character,” Moore said. “This vote was difficult, and it is painful and hurtful as a veteran to see so many of my Democratic colleagues hold the men and women of our military hostage to advance their radical agenda, but I feel firmly that opposing this misguided legislation is in our nation’s best interest.”

“Today’s vote on the NDAA was a ‘damned if you do, damned if you don’t’ vote in which Socialist Democrats mix motherhood and apple pie with the devil’s doings, thus forcing Congressmen to either vote against good things they like or vote for bad things they detest,” Brooks said. “In sum, Congress can and should do better when authorizing America’s national defense programs.”

Congressman Mike Rogers, R-Alabama, is the ranking Republican on the HASC. Rogers, Jerry Carl, R-Alabama, and Terri Sewell, D-Alabama, all voted in favor of the NDAA.

“The House Armed Services Committee’s Republican Ranking Member assures me the Socialists’ more onerous provisions in the NDAA will be stricken in conference between the House and Senate,” Brooks said. “If that different, improved bill reaches the House floor, I will vote for it.”

The bill now goes to the Senate for their consideration. 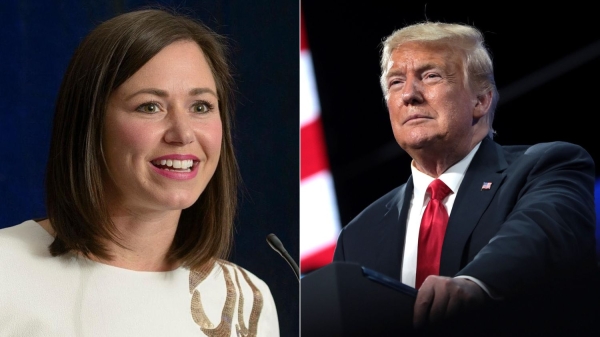