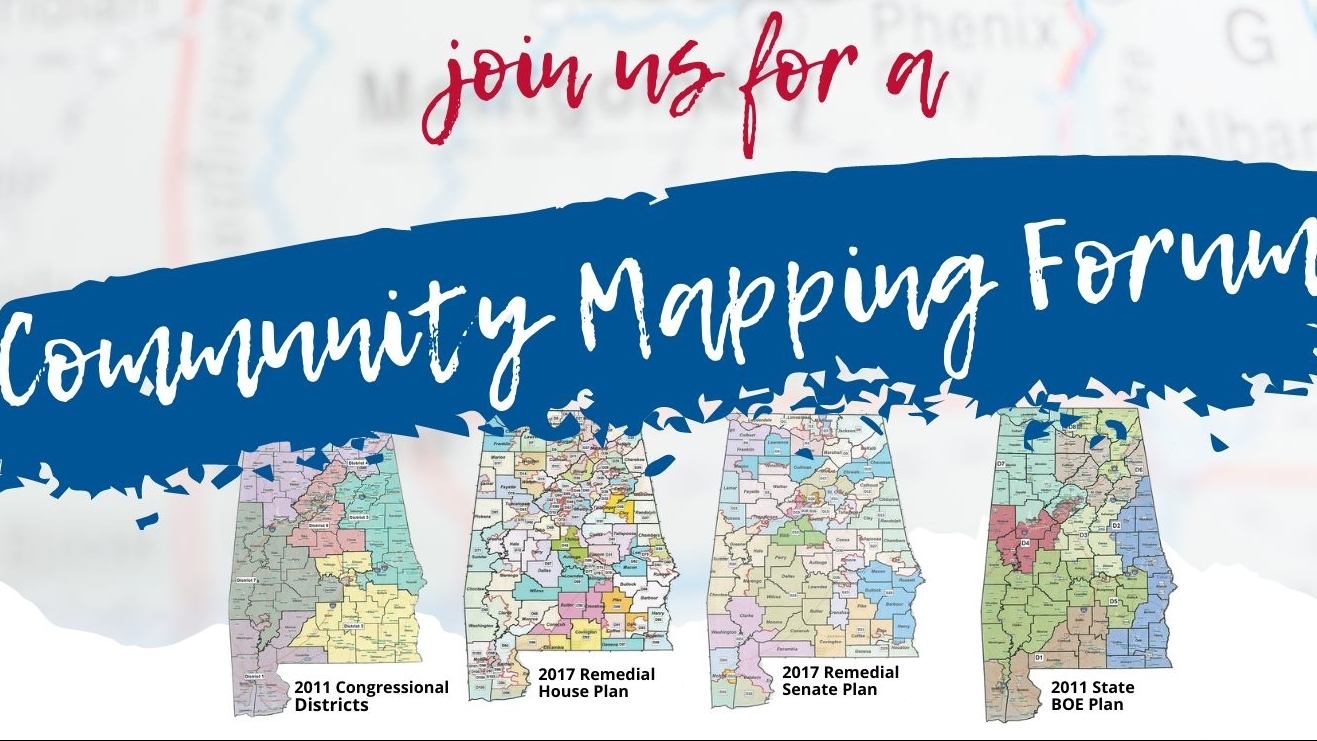 Image courtesy of the League of Women Voters of Alabama.

The League of Women Voters of Alabama and Alabama Values will host a virtual public hearing about the state’s redistricting process on Oct. 13.

The event is meant to educate the public about “constitutionally questionable districting practices,” according to its Facebook page. Attendees will be shown alternatives to the current maps, which coalition members say they expect will change little when the Alabama Permanent Committee on Reapportionment and Redistricting releases its proposed new maps.

“Right now, the state maps — apparently the only community of interest that they’re considering is preserving the incumbent politicians. There’s really no consideration of the communities of interest in the state,” said Kathy Jones, president of the LWVA.

Her group is partnering with a half-dozen other organizations to conduct a hearing the way they wish the state committee would have conducted its 28 hearings, all but one of which were scheduled during standard working hours.

During the last statewide redistricting in 2010, there were 29 hearings with 10 held after working hours, making public attendance more realistic, according to Felicia Scalzetti, a fellow with the Alabama Election Protection Network. This time, the one hearing held in evening hours, in Montgomery, was well-attended.

Scalzetti said the whole hearing process was handled in a way that didn’t respect the public by providing much helpful information or allowing enough meaningful input from residents. The state barely publicized the hearings beforehand. One was held at 9 a.m.

The committee is still accepting public comments ahead of the special session on reapportionment, which Gov. Kay Ivey has yet to announce the date of. It is expected to be in late October. Even so, the committee has specified no system for airing or answering the comments it receives, Scalzetti said.

“​​The whole purpose of the special session is to pass a piece of legislation, which is the map,” she said. “That’s not a situation where you’re looking to elevate any kind of controversy, any kind of pushback from the public.”

She said she’d be surprised if the committee shows its draft maps to the public before the first day of the session.

Participants can register for the Oct. 13 event here.