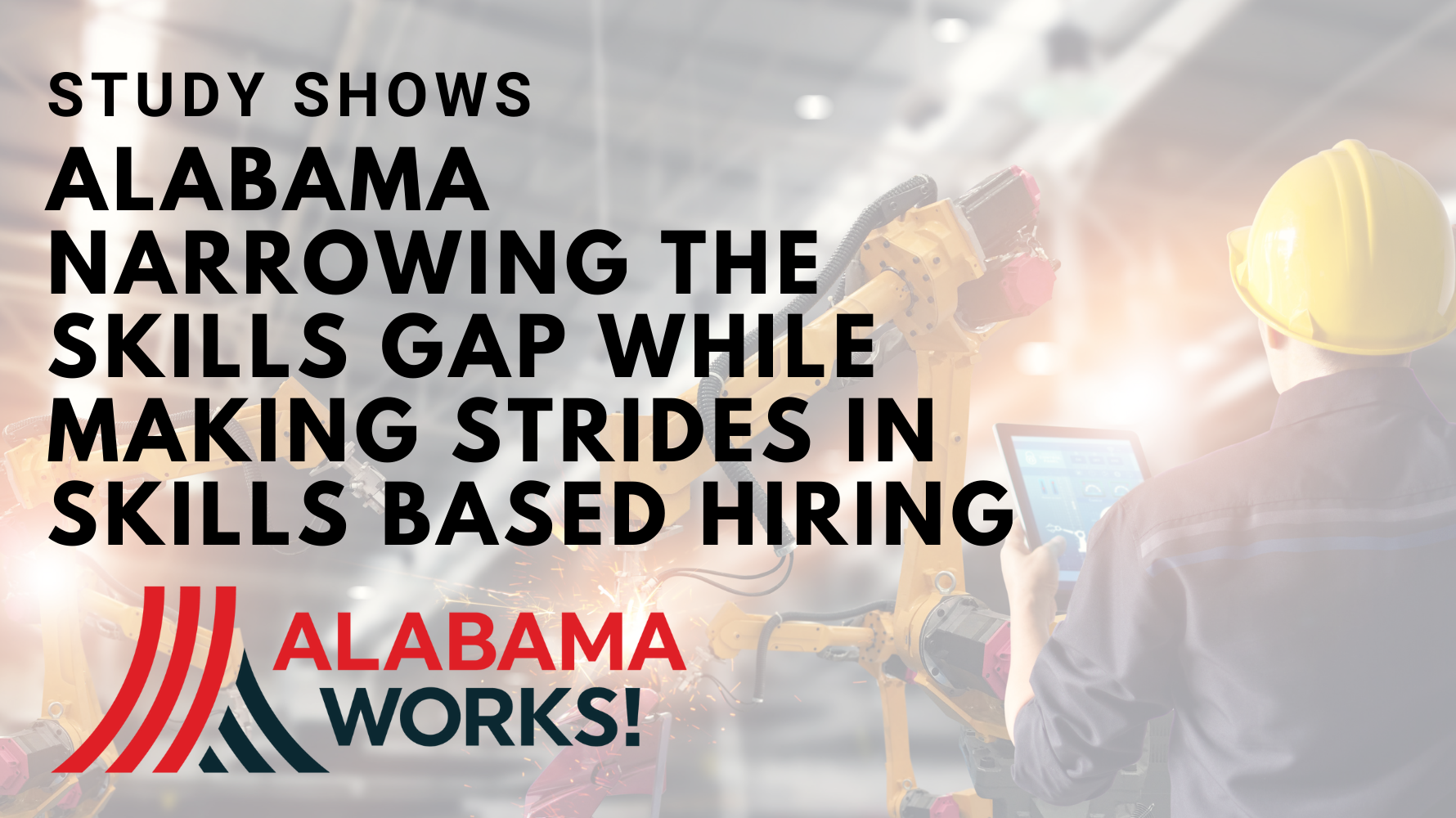 Around 75 percent of Alabama employers plan to add new jobs in the next six months. Meanwhile, employers say they are still having trouble finding skilled workers, according to a new survey.

The study, conducted by The Governor’s Office of Education and Workforce Transformation and Alabama Workforce Council between Sept. 16. And Sept. 26., surveyed 314 Alabama employers, examining hiring practices, training practices, and the nature of challenges related to hiring and employee retention. The survey is the second Alabama Statewide Survey of Employer Talent Dynamics since the first one was conducted in April and May of this year.

86 percent of employers are having trouble finding candidates, according to the study, an increase of 2 percent from the earlier survey conducted in May.

The survey also examined the percentage of companies that review their present workforce’s skills, education, and qualifications before writing new job descriptions for open positions. 83 percent of companies now conduct similar types of incumbent workforce review, according to the study.

“For both the May and September surveys, 93 percent of organizations with 100-999 employees indicated that they use skills-based hiring practices,” the study states. “For the May survey, 56 percent of organizations did not require a degree for jobs in which 25 percent or more of the current workforce does not have a degree (39 percent did). Those numbers are nearly even now, with 45 percent requiring a degree and 50 percent not doing so.”

A 6 percent increase in employer respondents said they would hire a candidate with a great deal of relevant experience or skills without a college degree.

According to the study, despite an increase in employers using skills-based hiring practices, only 29 percent of organizations always use it.

“Most respondents say they use it most of the time,” the study states. “Large companies are more likely to use it than smaller ones.”

The survey points out that more than half of respondents are “very familiar” or “somewhat familiar” with the Ready to Work program, a career pathway program for residents with limited education and experience run by the Alabama Community College System.

“Respondents without a college degree, low-income earners, rural respondents, white respondents, and respondents from organizations with fewer than 100 employees are less familiar with the program than their counterparts,” the report states, mentioning that 91 percent of respondents believe the Ready to Work program could add value to the Alabama labor market.

“The most interested respondent groups are people under age 50,” the survey states. “College-educated respondents, high-income earners, suburbanites, minorities, senior management, HR managers, and respondents from organizations with 500 or more employees.”