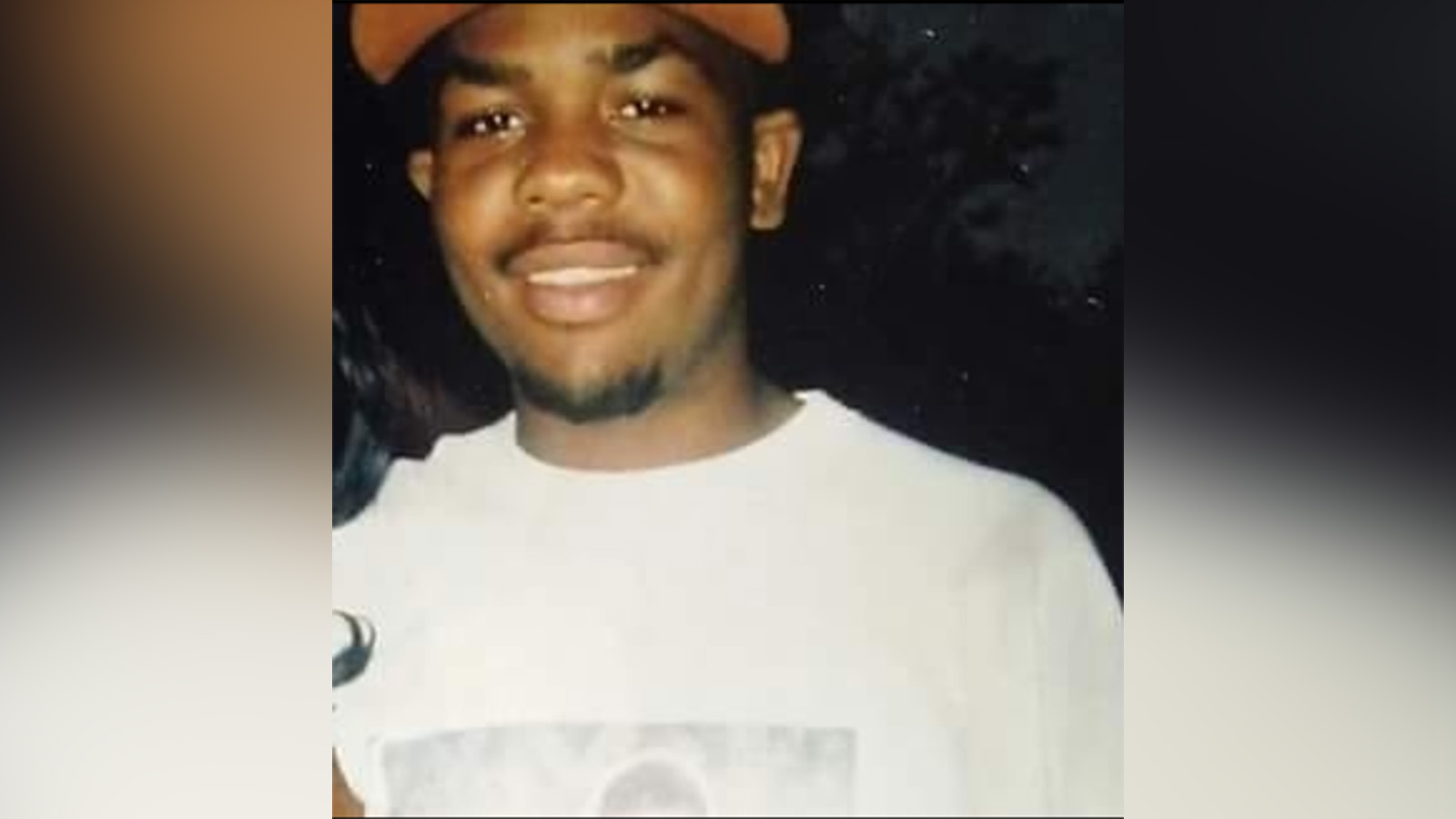 A man serving at Bibb Correctional Facility in Brent was killed Thursday after being attacked by another incarcerated man with a weapon, the Alabama Department of Corrections confirmed to APR.

Travis Hutchins, 34, died after the attack, ADOC spokeswoman Kristi Simpson said in a message to APR.

ADOC’s Law Enforcement Services Division is investigating the death. Simpson said more details would be available at the conclusion of the investigation.

Hutchins in 2016 sued the warden, assistant warden and several correctional officers at Easterling Correctional Facility in civil court for what he said was the prison’s inability to protect him before and after being stabbed by another prisoner on March 6, 2016, according to federal court records.

“On the night of the incident, there was not any officers in the dorm. Only one that was in the cube,” Hutchins wrote in his complaint. “There was no dorm rover, and if it was the rover never came into the dorm.”

“Prison officials was aware of a potential risk or a threat of harm to the plaintiff and nothing was done to prevent it,” Hutchins wrote, noting that both before and after the attack he asked to be moved to a different dorm for his protection, but was denied. 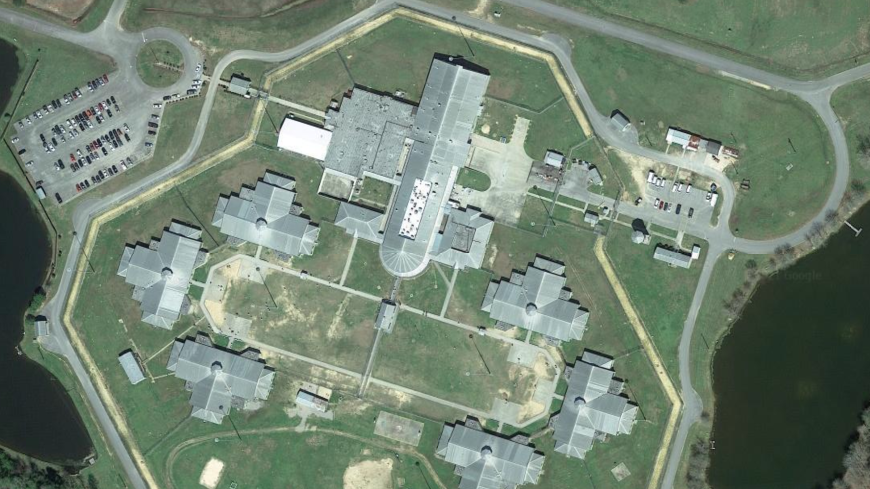 Hutchins in his lawsuit said he was never allowed to see a doctor after the stabbing, and never spoke to an investigator from ADOC’s  Intelligence and Investigations Division, and was instead placed in a segregation cell.

“The deliberate indifference to medical needs, and unsafe conditions, failure-to-protect, and negligence violated Plaintiff Hutchins rights and constituted cruel and unusual punishment under the eight Amendment to the United States Constitution,” Hutchins wrote.

Hutchins’s sister, Denise Hutchins-Williams, told APR by phone Sunday that her brother had been stabbed in August 2020, as well, while sleeping. A cell phone video of the 2020 stabbing attack, obtained by APR, shows that for the two minutes and 28 seconds of the video, no correctional officers can be seen.

ADOC in a 2016 court filing said that an investigation after the 2016 attack alleges that Hutchins was the aggressor in two separate incidents with two other men the morning of his attack. One of those other men “further admitted that Hutchins owed him money, but refused to repay him,” ADOC wrote to the court.

The man who said Hutchins owed him money showed no signs of bruises or lacerations, and denied stabbing Hutchins, according to court records, while the second man whom ADOC says Hutchins fought with later that morning did have puncture wounds on an arm and his back, but refused to make a statement.

Hutchins’s body chart, filled out by a prison nurse the morning of the attack,  showed puncture wounds to his shoulder “several areas of redness and/or scratches to his right shoulder and elbow, a bruise on his left eye lid, a missing front tooth, a skin tear to the right side of his face near his mouth, and two skin tears on his bottom lip.”

All three men were placed in segregation pending disciplinary actions, but ADOC doesn’t state in the filings whether the two other men were ever charged in connection with the assaults.

Hutchins himself was initially charged for both fighting without a weapon and fighting with a weapon in connection to those incidents, but ADOC wrote to the court that “due to procedural violations during the disciplinary proceedings, Hutchins was ultimately found not guilty of both violations.”

ADOC told the court that the defendants had no knowledge that Hutchins was in danger, or that Hutchins had asked to be moved for his protection. U.S. District Judge Harold Allbriton dismissed Hutchins’s case on May 17, 2019, court records show.

“Plaintiff Hutchins requested to be moved to prevent any harm to him, but was denied by ICS and shift commanders office; who said that the captain is not allowing movement from one dorm to another,” Hutchins wrote in his lawsuit.

“It’s very heartbreaking to know that, yes. They’re in prison nonetheless for whatever it is that they’ve done, but to still not be willing to protect them against the enemy that sits right within the jail system, which are other inmates,” Hutchins-Williams said. “It’s heartbreaking to know that someone probably could have done something that could have saved his life and, and the guards didn’t.”

Hutchins-Williams said she’s learned that another incarcerated man who knew her brother tried to help stem the bleeding by using a pair of pants.

“I’m very honored to know that someone at least tried to say my brother’s life, but it is very heartbreaking that no one within their prison system even attempted to,” she said. “The only thing they looked at was that it was just another dead body that they had to carry out with absolutely no care or remorse against what took place. I feel that something needs to be done about it.”

Hutchison-Williams explained that after the stabbing last August her brother tried desperately to get to help, but that none seemed at the ready. Afterward, he was hospitalized with internal bleeding for many weeks, she said.

The U.S. Department of Justice in the federal government’s lawsuit alleged unconstitutional treatment of incarcerated men, including a lack of basic health care and mental health care in understaffed and deadly facilities, and the inability to protect the incarcerated from sexual, physical violence and death.

Drugs, cell phones and other contraband items are often sold and traded in prisons, and often become the catalyst for assaults and homicides when debts are accrued. Despite the Alabama Department of Corrections having discontinued visitations in prisons since March 2020, contraband has continued making its way into prisons.

Numerous deaths this summer appear to have been drug overdoses, based on statements from ADOC and from talking with incarcerated men with knowledge of those deaths. At least 10 men died in Alabama prisons during July alone.

At least four officers have been arrested in recent weeks on charges connected to assaults, contraband, drug possession and interfering with an investigation.

ADOC sergeant William Patrick was arrested on Sept. 4 and charged with possession of marijuana, unlawful possession of a controlled substance, promoting prison contraband and use of official office for personal gain, according to Jefferson County Sheriff’s Office records.

Correctional officer Jeffery Jackson at Donaldson prison was arrested on Sept. 19 and charged with possession of marijuana, promoting prison contraband and unlawful possession of a controlled substance, according to Jefferson County Sheriff’s Office records.

Correctional officer Akeem Edmonds at Bibb Correctional Facility was arrested on June 9 and charged with second-degree assault for beating an incarcerated man with a belt, court records show. Edmonds’ case is set for a jury trial on Oct. 25, those records show.

Timothy Robinson was arrested on Sept. 24 in connection to an ongoing investigation of an assault between incarcerated men in which a weapon was used, according to St. Clair County Sheriff’s Office records and confirmation from ADOC spokeswoman Kristi Simpson.

Robinson is charged with obstructing a government investigation, tampering with evidence, and hindering prosecution. He was released on bond the same day of his arrest, according to sheriff’s office records.