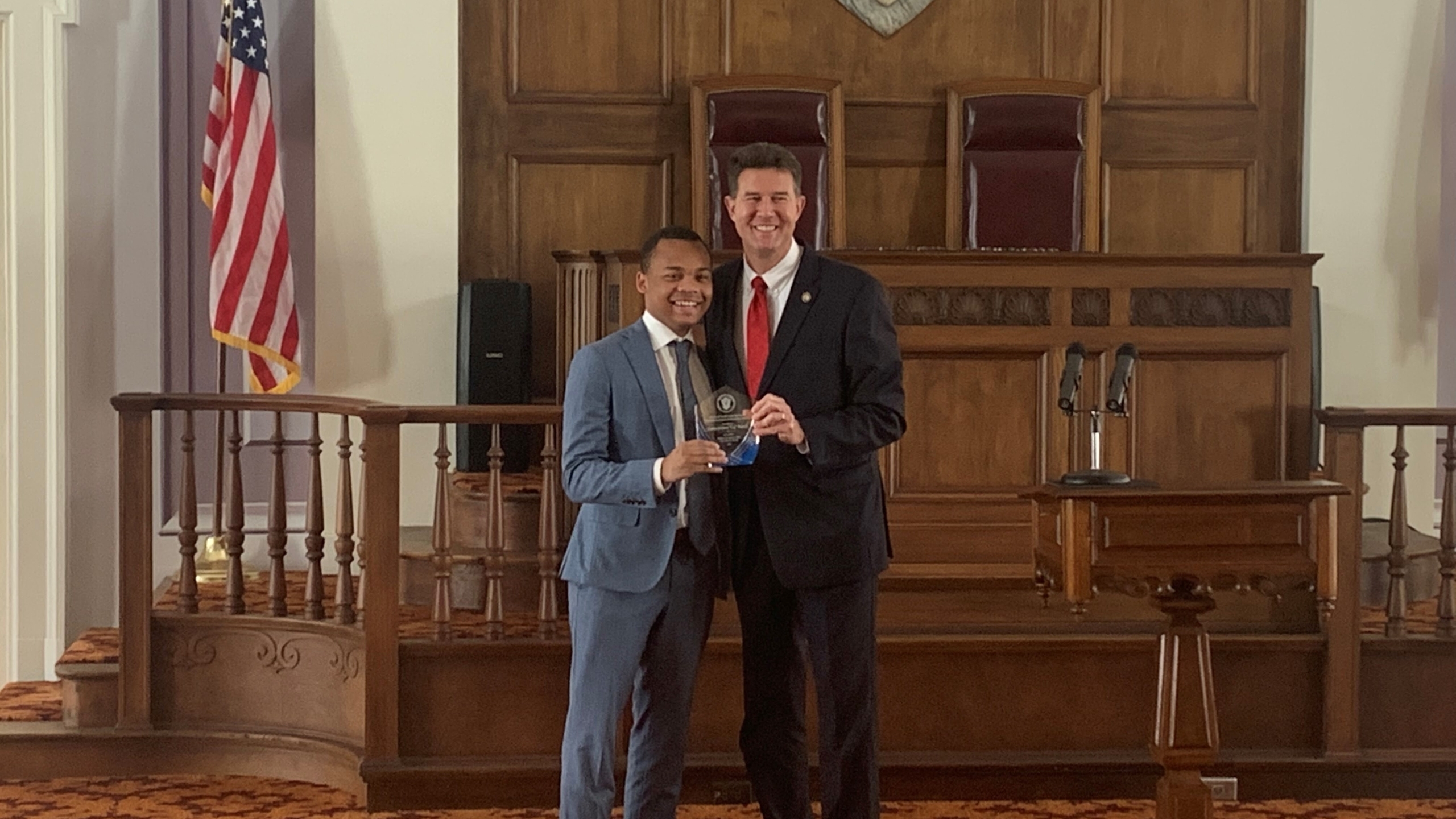 Secretary of State John H. Merrill has awarded Mr. C.J. Pearson with the National Association of Secretaries of State’s (NASS) John Lewis Youth Leadership Award. This award was created in February 2021 as a way for NASS members to recognize a gifted, civic-minded young person in their state each year.

Secretary Merrill stated, “I wholeheartedly believe that C.J. Pearson both meets and exceeds the criteria for the John Lewis Youth Leadership Award. He embodies the very essence of a public servant and leader, who values the rights and livelihoods of others.”

C.J. was born on July 31, 2002, in Augusta, Georgia and has already accomplished a great deal in his young life. In 2020, at the age of 18, he was the youngest person in history to be elected to serve as an elector for Georgia’s Electoral College. C.J. raised more than $160,000 for black-owned businesses that were damaged or destroyed during the rioting that followed the death of George Floyd in the summer of 2020.

C.J. is the founder of the Free Thinker Project and a Student Senator for the University of Alabama’s Student Government Association. He makes frequent television appearances on Fox News, CNN, Washington Post, and other news outlets. Many of C. J.’s articles have been published by TIME, The Huffington Post, MTV News, and other publications. C.J. is the host of the UNCENSORED podcast and has more than 300,000 Twitter followers.

C.J. is also an experienced grassroots activist, who has served as the National Chairman of both “Teens for Ted” and “Teens for Trump” in past election cycles. He currently serves as the campaign manager for Vernon Jones, who is running in Georgia’s 2022 gubernatorial race.