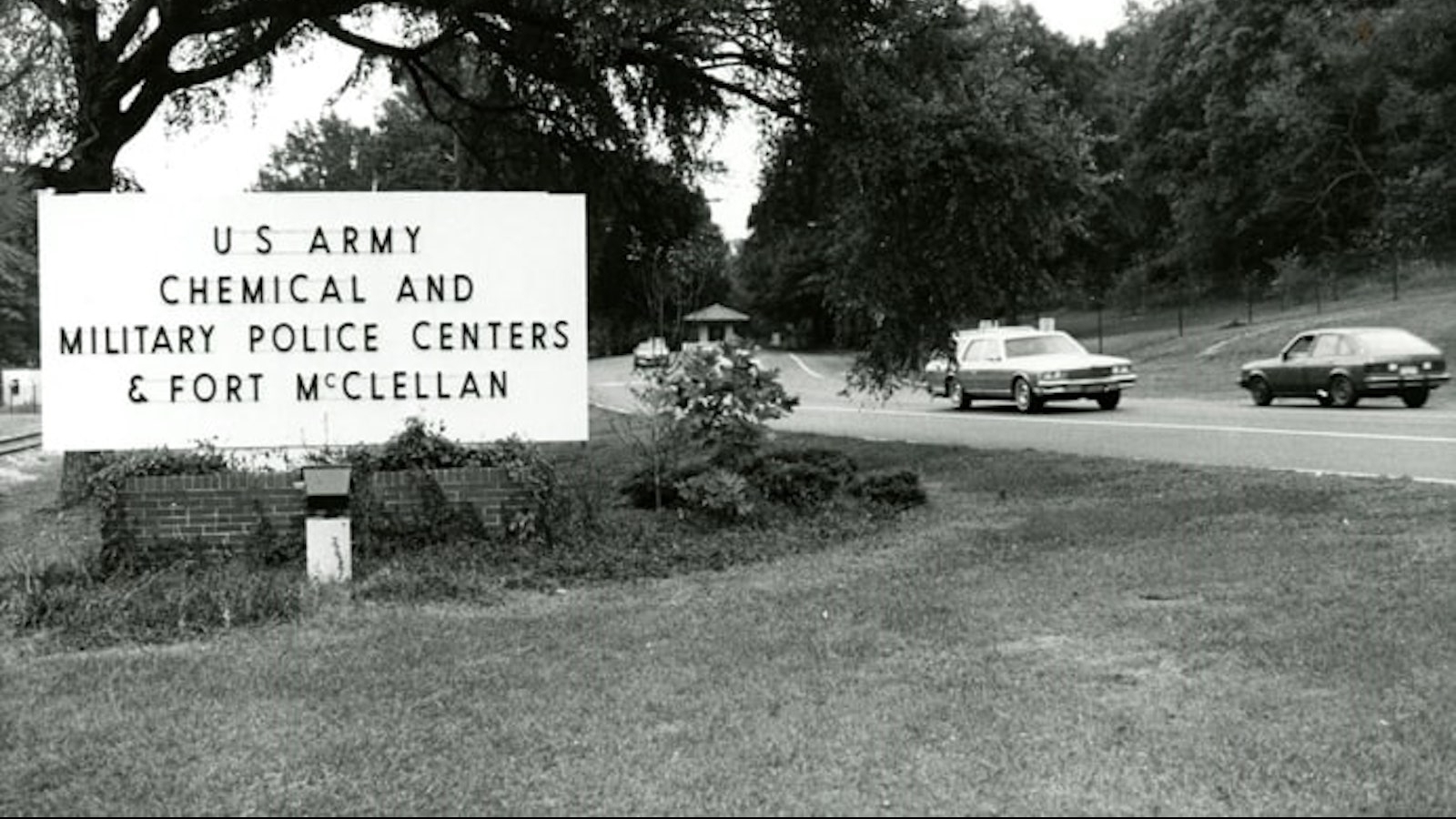 Former Fort McClellan veterans were left out of a class-action settlement over contamination caused by an Anniston chemical company, and haven’t yet received the same congressional attention at addressing the many toxins known to have been on the former fort, as have veterans of other toxic military installations.

The State Board of Veterans Affairs at an Oct. 1 meeting unanimously voted to pass a resolution that urges Alabama’s congressional delegation to study the effects of service at McClellan, to establish a health registry for former McClellan veterans and establish a presumptive service connection for vets who were exposed to toxins while at McClellan.

With a presumptive service connection the U.S. Department of Veterans Affairs would presume that certain disabilities were caused by a veteran’s service, and could result in them receiving disability compensation.

Scott Gedling, State Board of Veterans Affairs Vice-Chairman and a retired U.S. Army Colonel who served two tours in Iraq, told APR that they’ve known about the McClellan matter for a long while.

Gedling noted the federal government’s investigation into similar toxic contamination at Camp Lejeune in North Carolina, and Congressional action to provide medical care and disability benefits through a presumptive service connection for those veterans.

“We were continually reminded, why has Fort McClellan never been addressed?,” Gedling said. “How did we get missed in all of this legislation?”

Gedling said the VA has identified health conditions associated with contaminants that have been found on the former Fort McClellan, but the VA hasn’t yet linked those contaminants to any medical problems of former McClellan veterans.

The board’s resolution states that the U.S. Army in a 1998 report noted the presence of dangerous contaminants at McClellan that required cleanup prior to decommissioning and transferring the former fort’s land into public use.

Despite the many toxic chemicals known to have been on McClellan, the VA has continuously insisted there are no adverse health conditions as a result.

Solution and Monsanto, which operated a chemical plant in West Anniston for decades that made PCB’s, in 2003 settled with more than 200,000 Annistonians for $700 million. McCellan veterans were explicitly excluded from that settlement agreement.

APR reached out to four of Alabama’s Congressional delegation Monday, but none responded as of Wednesday with comments on the board’s resolution seeking their action.

“The Congresswoman doesn’t have a comment on this at the present moment, but may have more to say on it in the near future,” said U.S. Rep. Terri Sewell’s press secretary, Christopher Kosteva, in response to APR.

“Our office is aware of the issue.  If we have anything else to share or add, we’ll let you know,” Tuberville’s communications director, Ryan DuRant, told APR in a message.

Rep. Mike Rogers, R-Alabama, who lives in Anniston and whose district includes Anniston and McCellan, didn’t respond to a request for comment after APR reached out to his office Monday.

There’s been no legislative action from Alabama’s representatives in Congress to deal with the McClellan matter, but U.S. Rep. Paul D. Tonko,  D-N.Y., has for years worked on the issue.

Tonko in May testified before the U.S. House Committee on Veterans Affairs about his Fort McClellan Registry Act, which would establish a health registry and track medical conditions among McClellan veterans.

“When I was first elected to Congress in 2008 I met with a constituent who, like many women who served during that period, was stationed at Fort McClellan in the 1970’s as part of the Women’s Army Corps,” Tonko said during his congressional testimony.

“As my office investigated this issue further, we heard from hundreds of America’s service veterans from all over the country who had served at Fort McClellan and later experienced often devastating health issues consistent with PCB and other forms of toxic substance exposure,” Tonko continued.

“I never could understand it,” Gedling said, when asked why Alabama’s Congressional delegation hasn’t acted on the concerns former McClellan veterans have long expressed about their service at the former Anniston fort, many with questions about medical conditions that surfaced years later.

“I’ve dealt with all of them, and they’ve been very supportive of veterans’ initiatives,”Gedling said of Alabama’s representatives in Congress.

“Maybe somebody will co-sponsor a bill and get some legislation started,” Gedling said. “It’s not hard to give support for veterans.”

After the attacks on the World Trade Center Towers in 2001 investigations began to determine the health impacts on first responders and the public, a federal health program was established and disability compensation assessed, Gedling explained.

“We used that same language when we went after the toxic burn pits and the toxic hazard exposures at Camp Lajeune and others,” Gedling said. He’d helped work on legislation to provide care for veterans exposed to toxic burn pits on military installations.

It’s time for the concerns of veterans of former Fort McClellan to be addressed, Gedling explained.

“It’s not gonna hurt a single thing to find out what’s out there. To find out what health conditions and health effects have been associated with in terms of Fort McClellan,” Gedling said.

“It’s not a big ask, to get a Health Registry study,” Gedling said. “That’s something that we should be obligated to do for our veterans, and making sure that they’re taken care of, their long term health is taken care of…if the military broke them, then the government is obligated to fix them.”