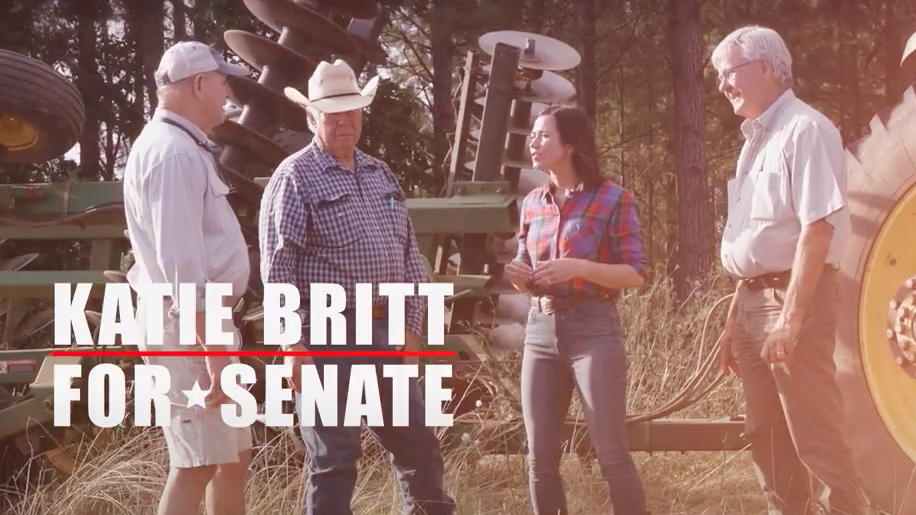 Britt, is the former president and CEO of the Business Council of Alabama and served as chief of staff to Sen. Richard Shelby, R-Alabama, is running against Republican candidates Congressman Mo Brooks, Lynda Blanchard, Mike Durant and Jessica Taylor.

“We are excited to launch our first TV ads of the 2022 cycle to help Alabama voters see the strength, character and values of Katie Britt,” said the fund’s executive director, Dalton Dismukes, in a press release. “We know that this Senate race is just beginning, and the voters of Alabama are looking for new leadership. Our goal is to help introduce Katie Britt to those voters and have them see what a fighter she is for farmers, for our military, and for Christian values.”

“I am proud and grateful to have earned the support of the Alabama Farmers Federation,” Britt said at the time. “Alabama’s farmers work tirelessly every day to feed and clothe America, and they are incredible examples of the type of work ethic and patriotism that have made the U.S. the country we know and love.”

The Alabama Conservatives Fund spent six figures on the two commercials for Britt, which are to run in the Birmingham, Huntsville and Montgomery markets, according to the release.