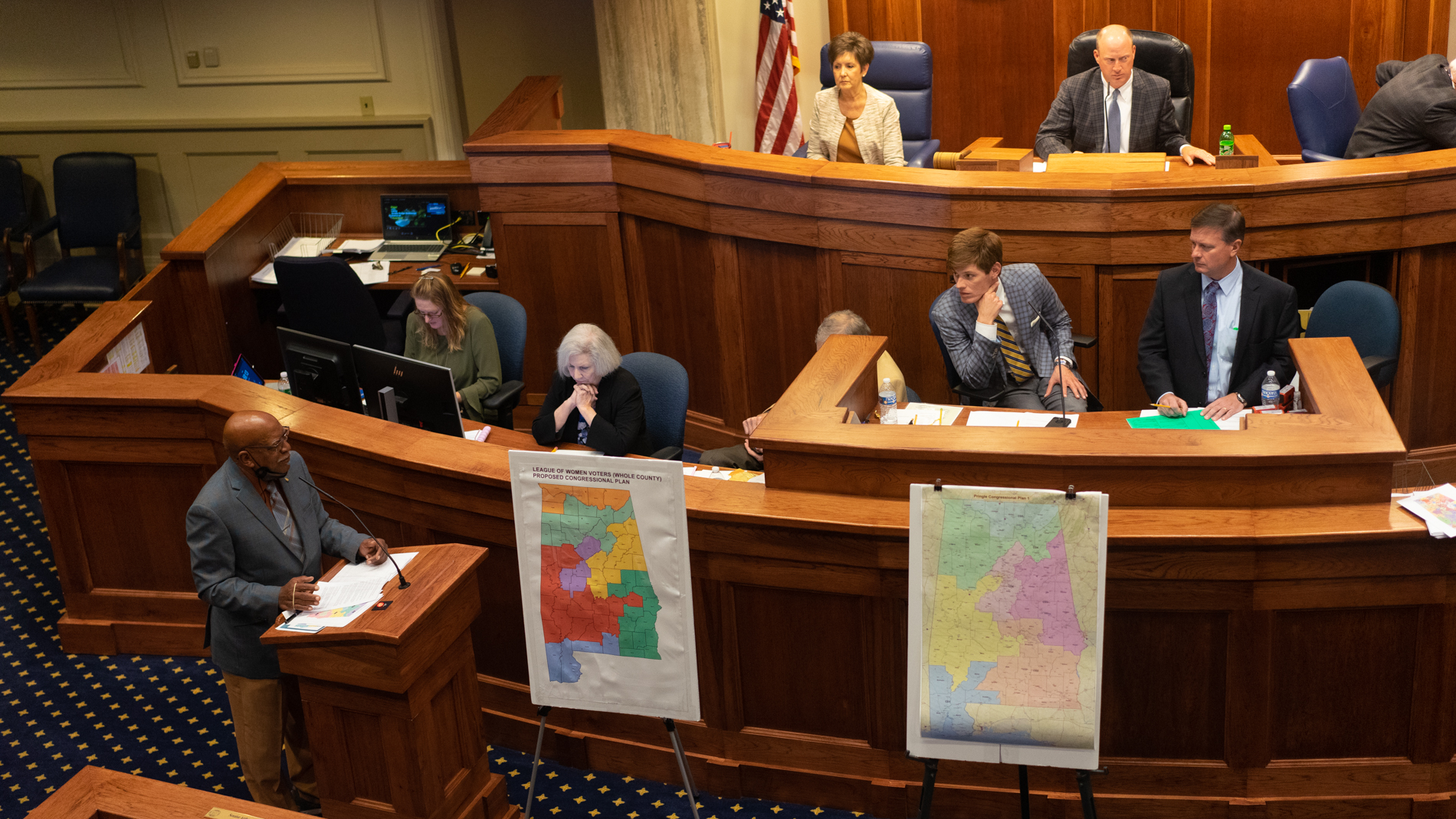 In the Senate Wednesday, both bills received near-unanimous opposition from Democratic senators and unanimous support from the Republican side.

With the passage of the Alabama Senate districts in the House the same day, the redrawn districts will likely preserve the Republican supermajority in the state Legislature and majority in the U.S congressional delegation.

“We’re done with redistricting bills — expect for the lady across the street,” said Sen. Jim McClendon, R-Springville, after the Senate adjourned Wednesday. “It’s been a many months-long process that culminated today.”

The 7th Congressional District would no longer be majority Black if the plan was adopted, according to Smitherman, but remain majority-minority through other minorities living within the district.

“We generally talk about anywhere from 25, to closer to 27 percent of African-Americans live in this state, but in reality, the minority population in this state is in the mid-thirties,” Smitherman said after the Senate adjourned Wednesday. “That’s one-third of the representation, as it relates to minorities.” 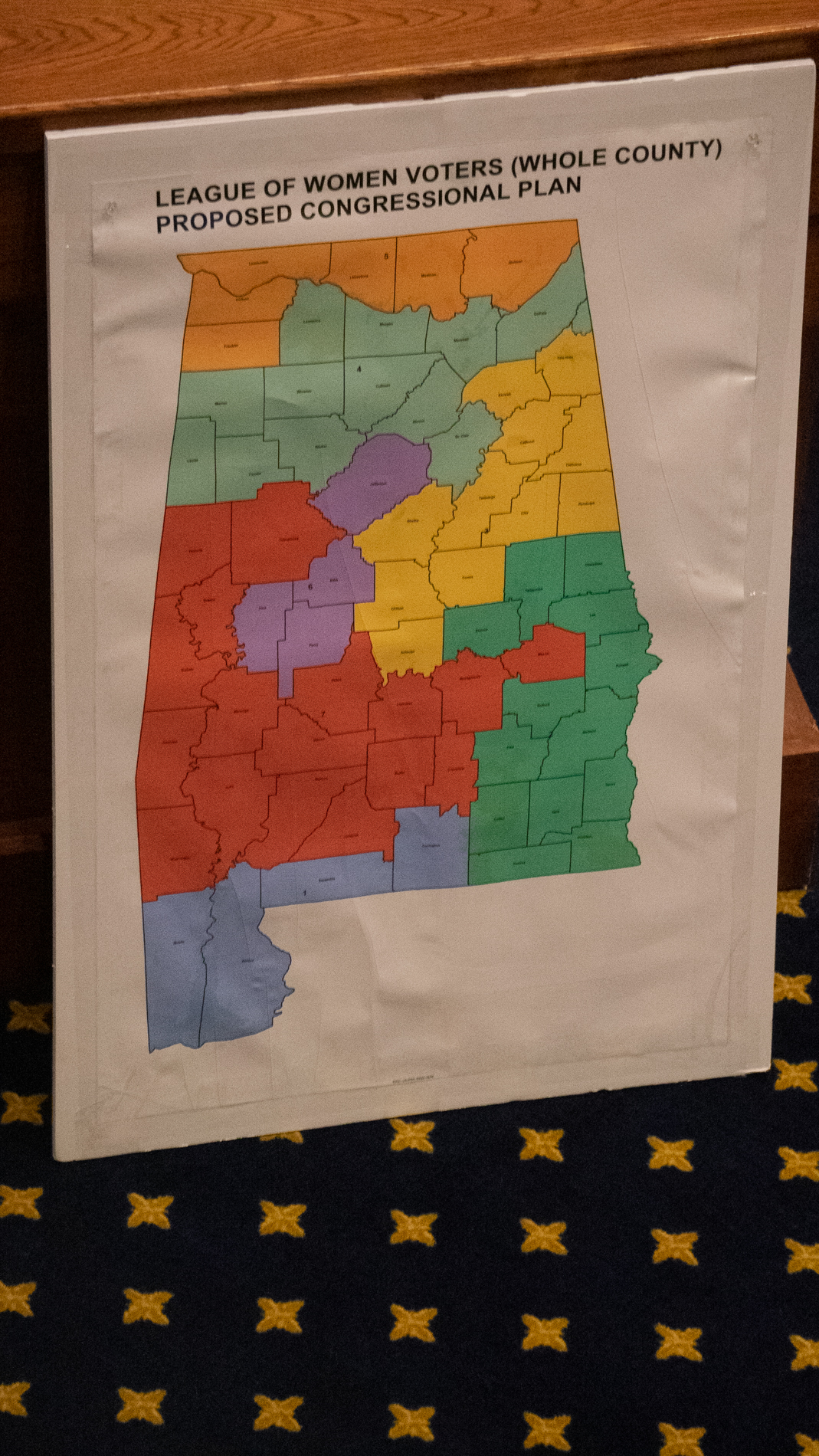 The plan would also have provided for a swing district in the 6th Congressional District, currently occupied by Congressman Gary Palmer, R-Alabama, drawing together parts of the 7th to create what Smitherman described as “an opportunity district.”

Both Smitherman and Senate Minority Leader Bobby Singleton, D-Montgomery, are involved in a federal lawsuit to draw a second majority-minority district for Alabama’s U.S Congressional maps.

“I think it is important to know that these districts as they are today, they met all the requirements of the Voting Rights Act,” Waggoner said. “Congressman Palmer would stay in Homewood, [and] Congresswomen Sewell would keep her Center Point, East Lake, Roebuck area.”

Waggoner also mentioned that both the mayor of Homewood, Patrick McClusky, and the mayor of Center Point, Bobby Scott, support keeping the districts as they previously were drawn.

Sens. Dan Roberts, R-Birmingham; Del Marsh, R-Anniston; and Smitherman all spoke in support of the substitution.

McClendon further states the redrawing was done to prevent claims of racial gerrymandering in both areas.

“The two Homewood precincts are majority white. The four center-point area precincts are majority Black,” McClendon said. “Switching Black and white precincts at this point, after the plan was drawn race-blind, would be a race-conscious effort, and that would violate Section 2 of the Voting Rights Act. It will, in fact, create a storm legally for all of us in this room.”

The Alabama House districts bill, carried over earlier in the day by Senate Majority Leader Greg Reed, R-Jasper, due to potential changes to the Senate map in the House that Senate leadership hadn’t been consulted on, was brought before the Senate floor a second time after recess, with no substitution offered from either side and little deliberation.

Smitherman returned to the podium to voice concerns over “several bizarre counties” district lines drawn within the maps and mentioned the bipartisan opposition to the bill’s passage in the House from the previous day but offered no substitution.

The Senate voted 25-7 to pass the House districts.