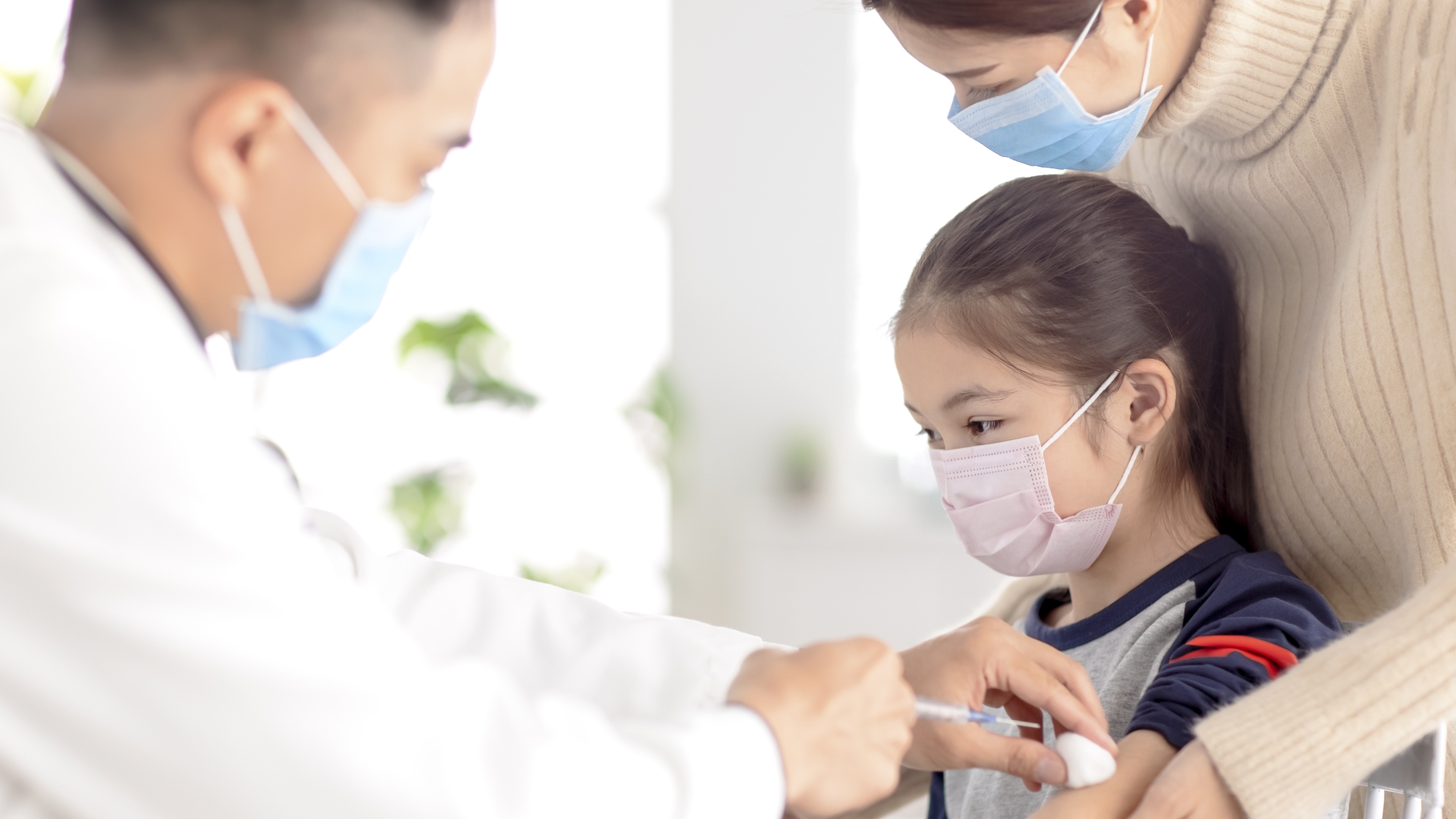 Saturday was a pretty cool day. Both literally and figuratively.

I took my wife, Veronica, to the local Publix where she had an appointment for a COVID-19 booster. Moderna. I’m a Pfizer guy and got boosted a few weeks ago. But Veronica needed the Moderna booster which, studies have shown, is the best of the available vaccines.

Clearly, something was up at Publix. The place was crawling with children. A bunch of them were hanging around the pharmacy with their moms or dads. Everybody was masked.

Veronica and I glanced at the customers coming into Publix. Most of them were masked, too. It was like some utopia where people followed the science. Vaccines and masks. A friendly crowd.

I wondered about all the children, and then I saw what was happening. Their parents were taking their kids to Publix for vaccines. Their very young kids. Veronica took a seat for her vaccine, which took a little while because the kids were getting theirs.

The first I saw was a 5-year-old. Dad was with him, along with his 9- or 10-year-old daughter, who was also there for a vaccine.

We started talking and, just for kicks, I asked him if he was worried about his young children getting the vaccine. It just became available for 5-year-olds and up.

No way, he told me. The vaccine, with any minor side-effects, was much better than getting COVID. His kids got their shots, and the father sat for a booster. The 5-year-old took his injection without a flinch.

I watched many other 5–12-year-olds get their vaccines Saturday morning. There were no screamers, except one young boy my wife told me about after I got back to her from picking up a few groceries. And that kid, a little tyke in a blue shirt, was over it, now playing with a shopping cart (probably more dangerous than a COVID vaccine).

And then it hit me. Most people aren’t afraid of the vaccine. They want it, for themselves and their children. The vaccine is what will allow us to return to normal, to not have to wear the masks, to turn the corner on this virus.

There are much older people, though, who are cowards, afraid of the science and the needle. They’re loud, too. They are the ones making noise about the vaccine, and that it’s THEIR CHOICE not to get it.

These anti-vaxxers are going to feel like fools later, when it’s shown that we could have ended these pandemic months earlier if only the blowhards had followed science and surrendered their arm for a shot that takes a millisecond of time to administer.

But Gov. Kay Ivey still signed a bill prohibiting mandated vaccines, even though it’s a “law” that doesn’t matter. Waste of time.

Vaccines have been mandated by the state and federal governments for decades so that children can go to school and not become Measles Mary, or Smallpox Sam, or Mumps Marvin, or Polio Polly.

Vaccines mostly work, and most people know that if the crowds of parents and their children at Publix Saturday morning are any indication. Masks, too.

The majority of people do not want their lives disrupted by this virus. So, they get vaccinated, wear masks, and carry the water for those who are too dumb and selfish to do what’s right.