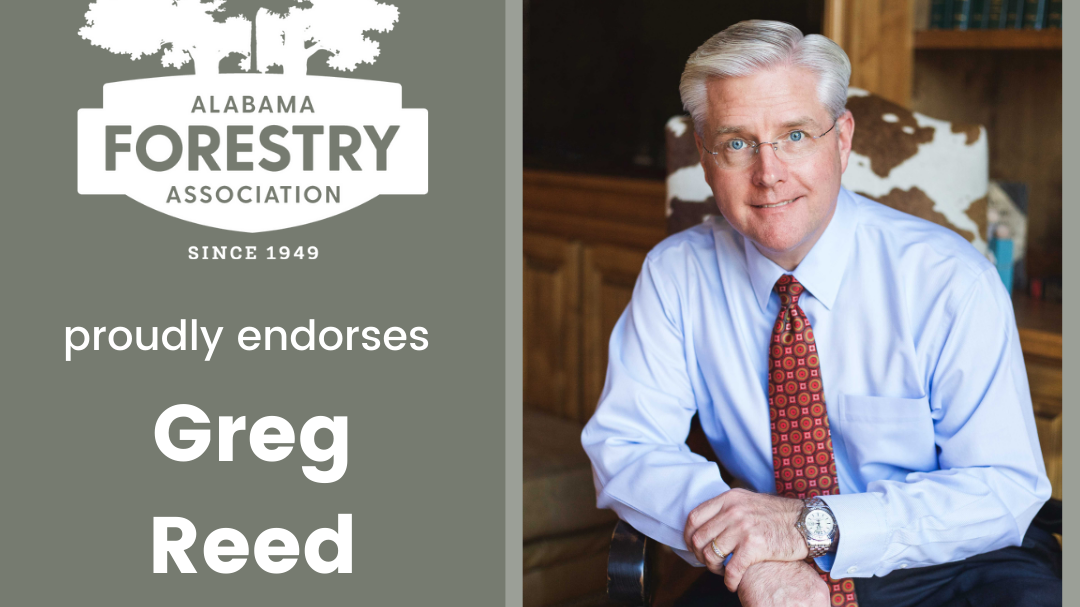 The Alabama Forestry Association has announced its endorsement of Republican Greg Reed who is seeking re-election for state Senate District 5.

District 5 will now be covering all of Walker, Fayette and Lamar counties and parts of Tuscaloosa and Jefferson counties.

Reed was first elected to the Alabama Senate in 2010. His thoughtful and deliberate approach to legislating quickly established him as a leader and led to his election to the prominent role of majority leader for the Republican Caucus in 2014. Reed’s influence was further validated when he was elected by his peers to become the president pro tem of the Senate in February 2021, essentially making him one of the top officials in state government.

Reed and his wife Mitsy reside in Jasper and have three children. He is a graduate of the University of Alabama and currently is an officer with Preferred Medical Systems.

Chris Isaacson, AFA’s president and CEO, thinks highly of Reed: “I have really been impressed with Greg’s leadership in the Alabama Senate,” he said. “He works very hard behind the scenes to build consensus among the entire body. Forestry is important to his district and he understands our industry and recognizes the value we bring to the rural economy. We are pleased to support him.”

“It is an honor to receive this endorsement and I appreciate everything the Alabama Forestry Association does on behalf of our state,” said Reed. “I look forward to continuing to serve in the Senate to support a brighter future for our state and to strengthen Alabama’s forest economy. The AFA is an important institution that represents the interests of thousands of hard-working Alabamians and I appreciate the productive partnership we have maintained over the years.”