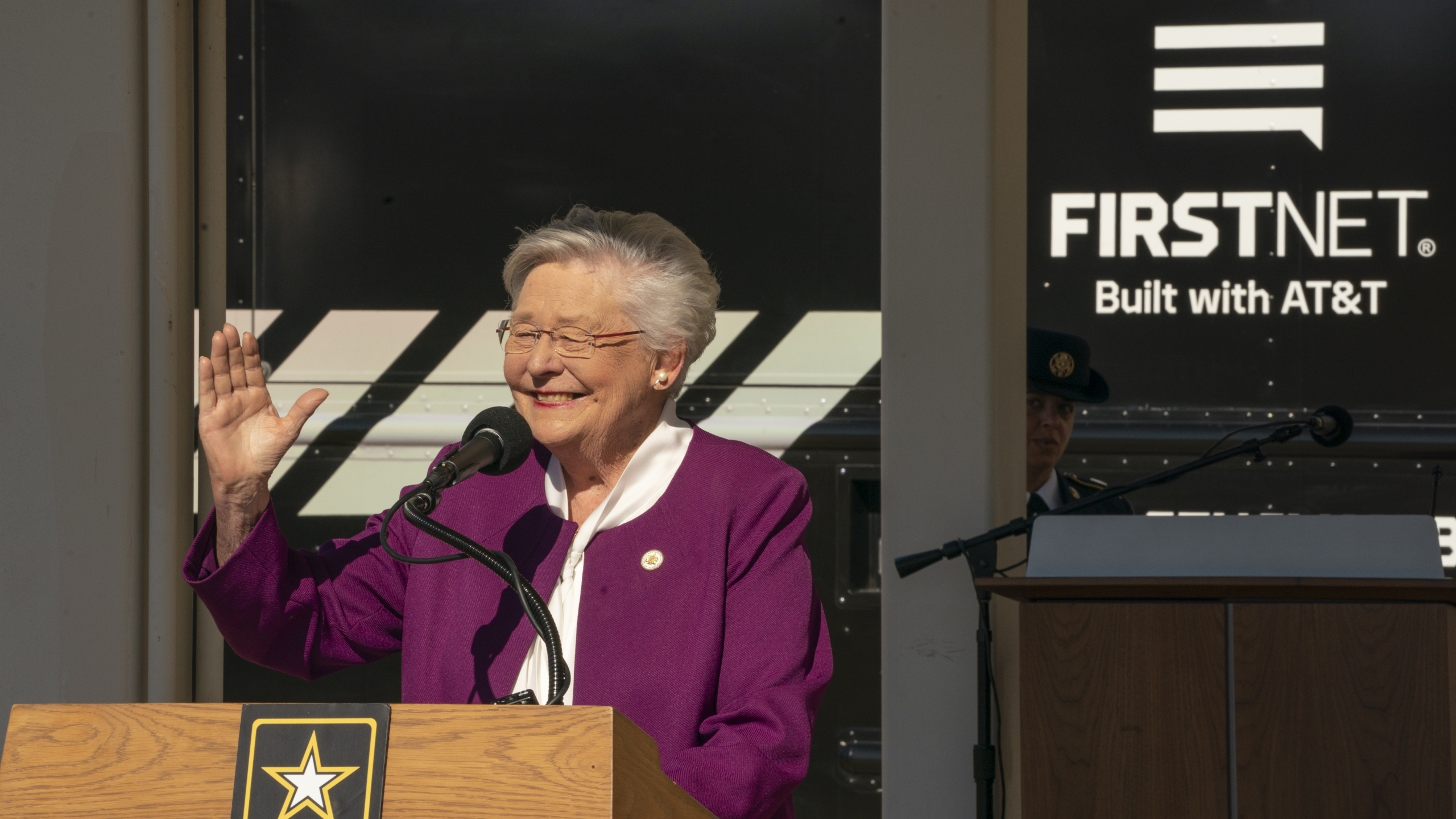 Governor Kay Ivey announced first responders and security personnel at Redstone Arsenal are getting another major boost in their wireless communications thanks to the FirstNet network expansion currently underway by AT&T.

“The collaboration of the U.S. Army and FirstNet will provide U.S. Army public safety personnel – firefighters, law enforcement and security – at 72 Army installations including Redstone Arsenal with increased capabilities to communicate as effectively and efficiently as possible, to best protect themselves and those they serve,” said Ivey. “We are honored to have the U.S. Army Materiel Command headquartered in Alabama and proud to celebrate the FirstNet build at Redstone Arsenal.”

New, purpose-built FirstNet cell sites will enhance voice and mobile broadband coverage on the Army Base and give first responders on FirstNet – America’s public safety network – access to always-on, 24-hours-a-day priority and preemption across voice and data.

As part of her continuing commitment to and prioritization of public safety, Ivey opted into FirstNet on behalf of the state of Alabama in 2017. The opt-in decision is providing Alabama first responders with increased capabilities to communicate as effectively and efficiently as possible.

The FirstNet build at Redstone is another example of the government working hand-in-hand with the public safety community to guarantee first responders have the next-generation tools needed to serve our communities and U.S. Army installations, every day and in every emergency.

“Without communication, agencies cannot achieve the interoperability needed to bring vital resources to bear, especially when lives are at stake and time is of the essence,” said Lt. Gen. Donnie Walker. “FirstNet gives us this capability. Security and safety of everyone who lives and works on this installation is job one. FirstNet is absolutely essential in that priority and pivotal in our efforts to improve the resilience of our installations. It is in a word, a game changer.”

To help assure AT&T and the FirstNet Authority are putting coverage and capacity where first responders and public safety officials need it, the FirstNet build was planned with direct feedback from the U.S. Army. This helps ensure Redstone Arsenal’s first responders connect to the critical information they need.

“FirstNet is a dedicated broadband platform for all first responders, and we are proud to support the collaboration between FirstNet and the U.S. Army to help public safety personnel working on bases stay connected and protected,” said Chief Richard Carrizzo, vice chair of the First Responder Network Authority Board of Directors. “As we planned for this network, we worked hand-in-hand with our federal government partners, as well as the state of Alabama and its public safety community to understand the unique needs for the network across the state including at the Redstone Arsenal. These new sites are prime examples of how that input and feedback is becoming reality.”

This new infrastructure will also help improve the overall coverage experience for Redstone Arsenal tenants like the Federal Bureau of Investigation and NASA as well as Redstone Arsenal visitors.

“U.S. Army public safety personnel deserve reliable coverage to help them effectively and efficiently address incidents. And, with FirstNet, that’s exactly what they’re getting,” said Wayne Hutchens, president of AT&T Alabama. “At AT&T, we have long been committed to serving the public safety community and view it as both our obligation and our honor. We are proud to support the public safety mission at Redstone Arsenal by bringing greater access to the connectivity they need.”