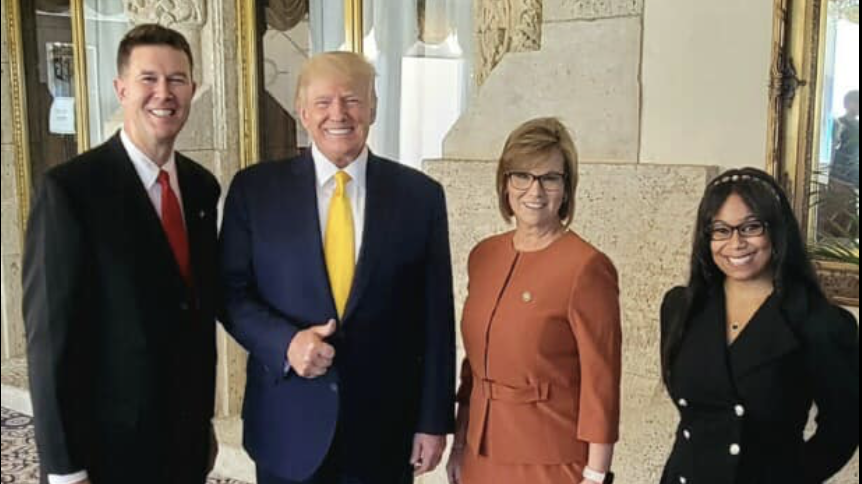 What was scheduled as a 30-minute meeting turned into an hour and a half, Merrill said, and then continued with Merrill being invited back for dinner at the resort.

The main topic of discussion though was elections and the voting process.

“As you can imagine we talked about the 2020 election and he could not quit bragging on Alabama,” Merrill said. “He was very generous with his comments about the work that I and our team have done.”

Trump also discussed his concerns about other states’ processes with Merrill. While Merrill said those concerns are “private” he said “they were and are being addressed.”

Merrill also said there is “no doubt” that Trump believes Alabama’s election process is the standard for what should be expected across the country.

It’s no secret that Trump believes the 2020 election was unfair to his campaign, with his “Stop the Steal” campaign crescendoing in the Jan. 6 riot at the US Capitol.

However, Merrill said Trump did not levy any accusations against Alabama, giving nothing but praise to the state’s system.

Merrill has also recently met twice with MyPillow CEO Mike Lindell, who has alleged that 100,000 votes were flipped in the state while Merrill said that claim has no evidence.

“He has not been able to introduce any issues of concern to us and introduced no evidence of irregularities or inconsistencies,” Merrill said.

Following the meeting, Merrill also announced that he is working with Trump on an election-related project that will be announced in January, but did not give further details.

Regarding state politics, Merrill said Trump reiterated positions that have been “well-covered” already including his support of Mo Brooks for Senate and his friendship with Gov. Kay Ivey.

He also wanted to talk about the previous weekend’s Iron Bowl.

“You could tell he really watched the game,” Merrill said. “He was really impressed by the game-tying drive.”

They talked about the SEC Championship game, too, but Merrill said Trump wasn’t making any picks for the game.