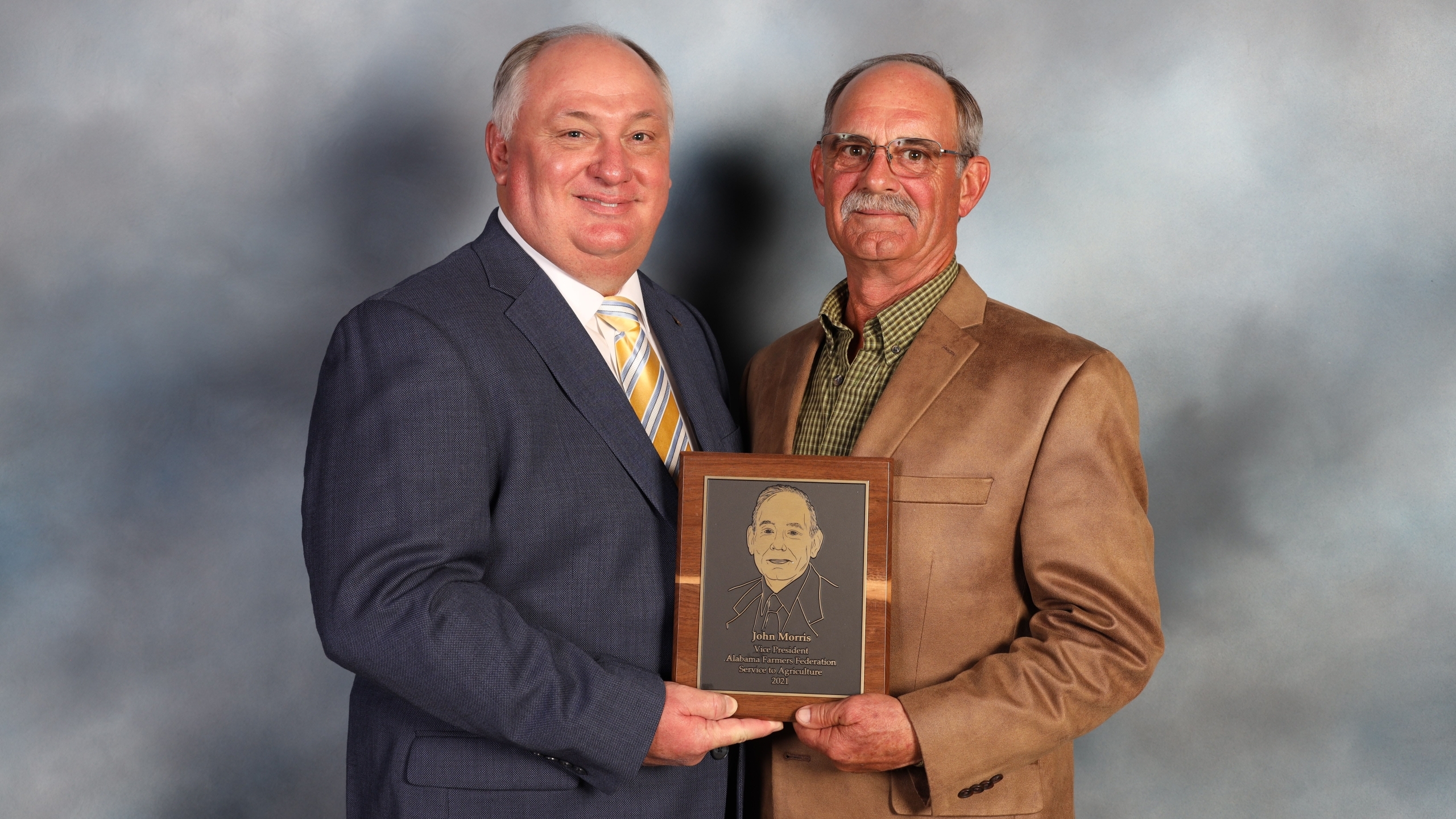 The late John W. Morris of Jefferson County was honored with the Alabama Farmers Federation’s highest achievement, the Service to Agriculture Award, during the organization’s 100th annual meeting in Montgomery Dec. 5. His son, Johnny Morris, accepted the award.

The Alabama Farmers Federation kicked off its 100th annual meeting on Dec. 5 in Montgomery with awards presentations and a salute to a century of serving farmers. Over 1,200 farmers gathered in the capitol city at the Renaissance Hotel and Convention Center.

A U.S. Navy veteran and lifelong farmer, Morris invested countless hours spanning decades educating political leaders about issues important to Federation members. Morris was a two-time Jefferson County Farmers Federation president who served on the state board from 1984-2000. In 1997, he was selected to chair ELECT, the Federation’s political action committee. Morris again became Jefferson County Farmers Federation president in 2015, serving until his death earlier this year at age 82.

Service to Agriculture honoree Hudson co-founded the HudsonAlpha Institute for Biotechnology to encourage corporations, scientists and nonprofits to cooperatively seek answers to life’s most perplexing challenges through animal and plant DNA.

The nonprofit research facility in Huntsville, which opened in 2008, is a world-renowned incubator for innovation. In addition to work on plant and animal research, the company conducts ground-breaking research for diseases that include ALS, Alzheimer’s and cancer. 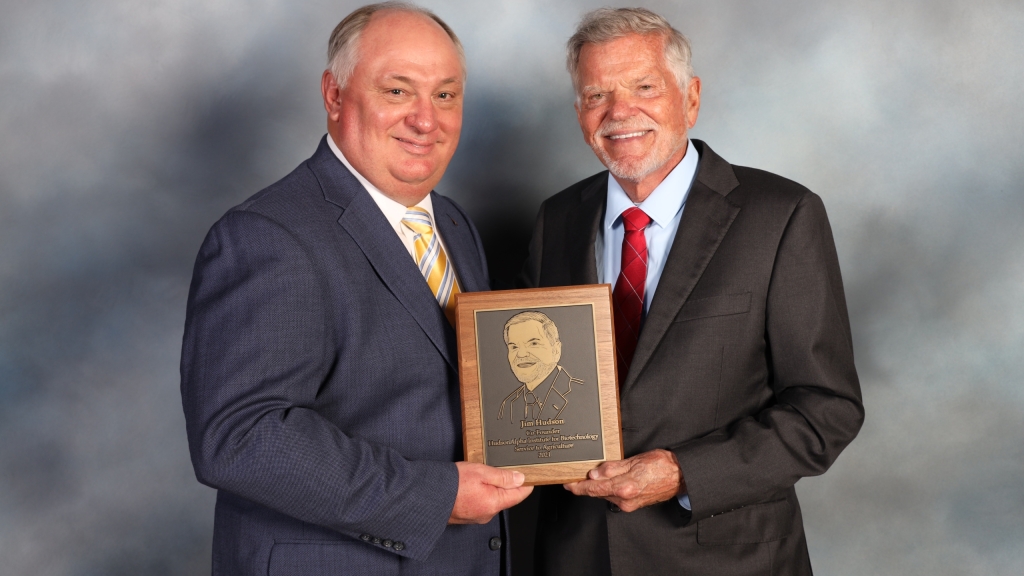 Kyle Morris of Cullman County won the Discussion Meet contest earlier that day, competing against fellow finalists named during the Federation’s Farm and Land Expo this summer. The contest simulates a committee meeting where participants discuss solutions to agricultural issues. As the winner, Morris earned a four-wheeler from First South Farm Credit.

As the OYFF, the McCoys receive $35,000 toward a Ford truck courtesy of Alfa Insurance; a John Deere Gator from Alabama Ag Credit and Alabama Farm Credit; and a lease on a John Deere tractor from AgPro, SunSouth and TriGreen. OYFF contestants receive the bulk of their income from production agriculture and are chosen through an intense application, interview and on-farm judging process.

Excellence in Agriculture contest winners Lauren and Landon Marks of Cherokee County received a zero-turn mower from Corteva Agriscience and a computer package from Valcom/CCS Wireless. They are, respectively, a veterinarian and extension agent. Excellence in Agriculture contestants first chronicle their passion for agriculture, Farm Bureau involvement and analysis of industry issues through an application before presenting in front of a panel of judges.

The McCoys and Markses won their respective contests at the Federation’s Farm & Land Expo in August.

AFBF President Zippy Duvall, a farmer from Georgia, attended the opening banquet. He thanked Alabama farmers for their dedication and praised the federation for its work supporting rural Alabamians and fighting for conservative values.

“Congratulations on 100 years. What an accomplishment,” Duvall said. “We are just as relevant today as we were 100 years ago. Not many membership organizations can say that.”

The meeting continues Monday with state board elections and the Federation’s business session. The federation’s yearlong centennial celebration concludes Monday night with a banquet and entertainment tracing the history of agriculture, the organization and music through the past 10 decades.

The Alabama Farmers Federation is the state’s largest farm organization with 340,000 members and was founded in 1921.

In this article:Alabama Farmer’s Federation, ALFA