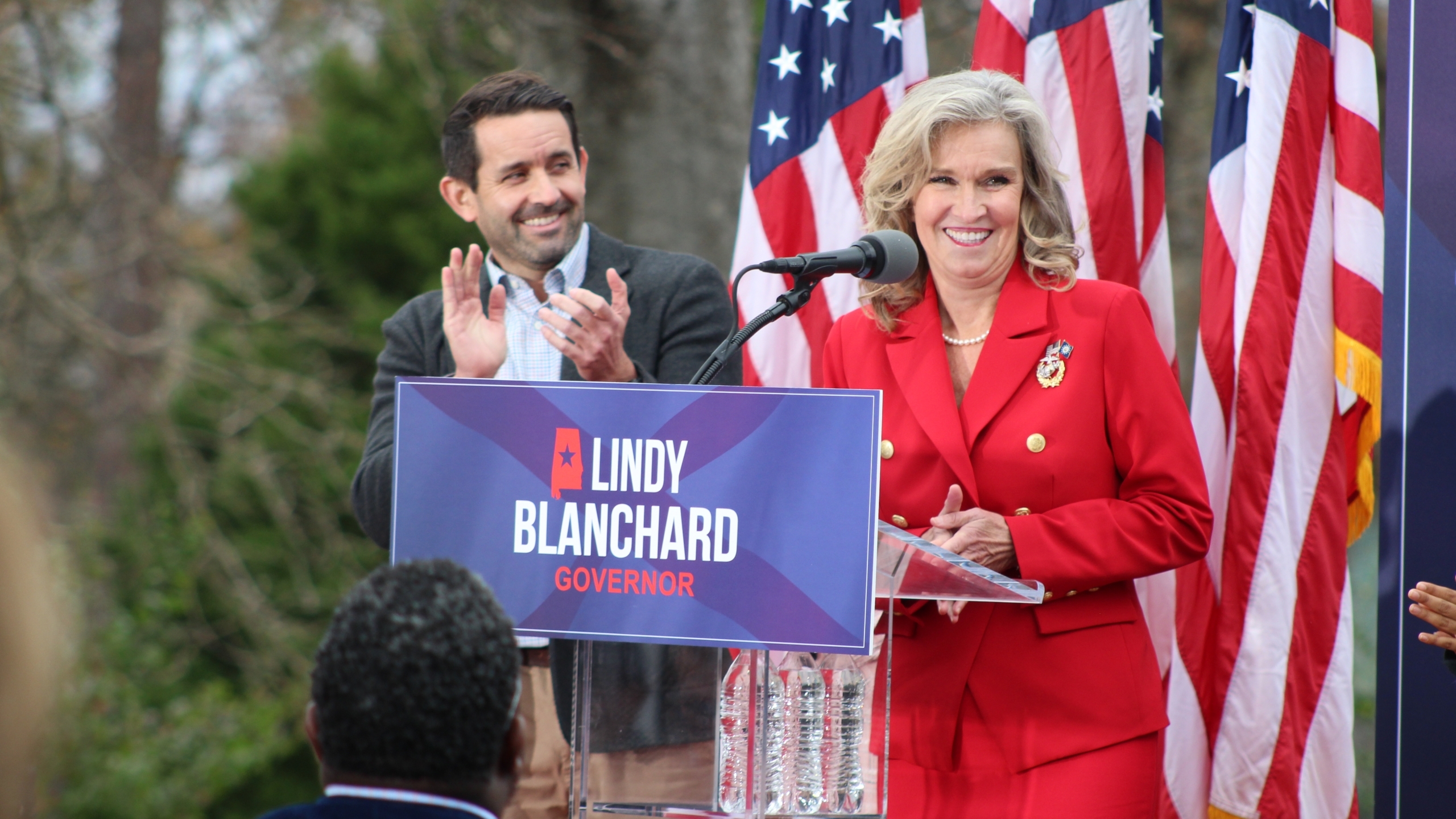 Lynda Blanchard announces her campaign for governor of Alabama on Tuesday, Dec. 7 in Wetumpka. (Jacob Holmes/APR)

Lynda Blanchard has dropped out of the race to represent Alabama in the U.S. Senate and instead will be seeking the governor’s seat, making an official announcement in Wetumpka on Tuesday.

Blanchard told a good crowd gathered in her childhood hometown that citizens on the campaign trail inspired her to switch to the governor’s race.

“They made it unmistakably clear that they want a conservative outsider here in Montgomery,” Blanchard said. “They want someone there to put the interest of the people first. I thank (Gov. Kay Ivey) for steadying the ship, but now it is time to put it in gear and move Alabama forward.”

Blanchard had been consistently polling well behind leading candidates Mo Brooks and Katie Britt in the Senate race. Brooks has the coveted endorsement of former president Donald Trump while Sen. Richard Shelby has endorsed Britt to replace him.

Trump has yet to endorse a candidate for governor in Alabama. With Trump selecting Blanchard to serve as ambassador to Slovenia, Melania’s home country, there have been rumors that Trump could lend his endorsement to Blanchard if she shifted to the governor’s race. 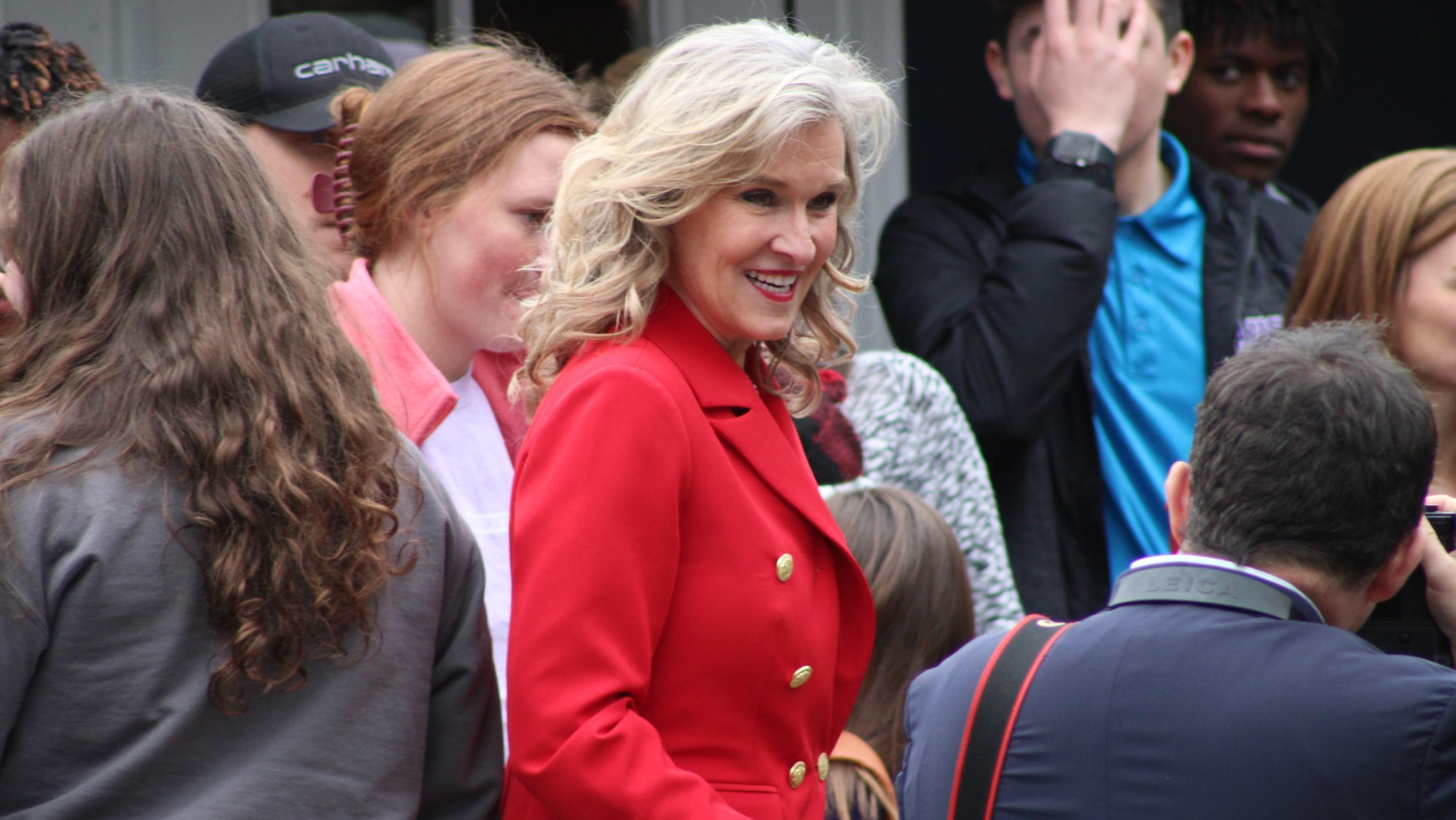 Blanchard reiterated Tuesday that she would seek Trump’s endorsement, but would not share “private conversations.”

In her speech, Blanchard emphasized her focus on “selling Alabama products to the world” and making education a top priority.

“It’s easy to talk about school choice, but I’ve lived every aspect of it,” Blanchard said, explaining that she has put seven children through public, private and homeschool. “Our children deserve our best, regardless of their zip code.”

When asked to expand on what she would do to better education, Blanchard said she would need to consult with experts and follow the examples of states who have succeeded in the past.

Blanchard continued to emphasize her angle as a conservative outsider, relaying how she was married at 19 and waited until 28 to begin college to make ends meet with her husband Johnny, working as a waitress. They then started their own small business and “had to live paycheck to paycheck” for many years and had to learn to live within their means.

“That’s a lesson that a lot of elected officials have never learned,” Blanchard said to applause.

Blanchard also briefly mentioned that she would “end common (core)” and would make sure there were no mandates.

She expanded after the speech that she would have done whatever possible to avoid locking down small businesses and would have needed to consult on the best course of action if she had been governor during the pandemic.

She called the mandates socialism, saying it is one step closer to the conditions of Slovenia, a country grappling with achieving democracy after decades of socialist rule.

Blanchard was joined by a large group of kids  who were given signs including messages such as “Lindy won’t close our churches,” “no more common core,” and “Trump supporter for Lindy.”

Blanchard concluded by promising that she will listen to the people.

“I will listen to you. I will give you your voice back. I need your prayers, and certainly, I’m asking for your votes. God bless you, and our great State of Alabama.”