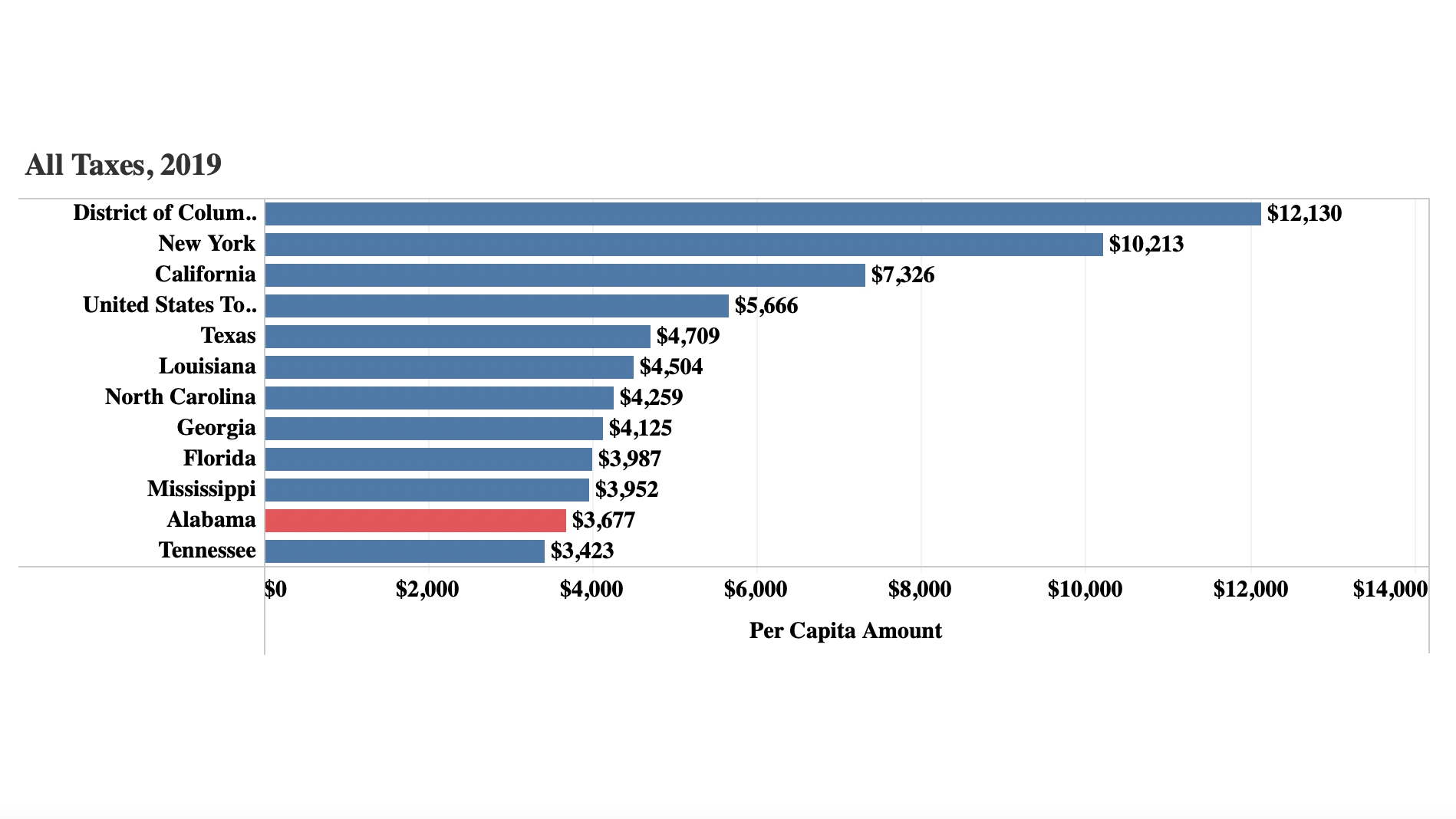 A graph shows Alabama collected the second-lowest total tax per capita in America.

Alabama had the nation’s second-lowest tax collections per capita in 2019, according to a new report from the Public Affairs Research Council of Alabama. Only Tennessee had lower state and local tax revenue per resident than Alabama.

Some of the key findings in the analysis show that

The highest tax collection per capita in the country is the District of Columbia by far, with $12,130 per resident. The next highest is New York with $10,213.

The higher tax collections add up for other states’ revenues.

State and local tax collections are based on two fundamental factors: tax rates and the value of the tax base to which the rate is applied. Alabama combines low tax rates with a less valuable base of economic activity, yielding less in taxes per capita and less revenue for state and local government to provide services.

Alabama has the lowest per capita property tax collections in the nation.

Low property taxes benefit homeowners and owners of agricultural and timberland but present a challenge to local governments and schools needing to pay for adequate services. Across the country, property taxes provide a greater share of revenue and tend to provide a more stable source of revenue.

Alabama requires families in poverty to pay income taxes. No other state sets a lower threshold for paying income taxes than Alabama. That threshold hasn’t been adjusted since 2006.

In most states, the income tax is used to provide some balance for the regressive effects of other taxes, providing credits to low-income households to offset sales taxes, for instance. Not in Alabama.

On the other hand, Alabama will soon be the only state that allows taxpayers to completely deduct federal income taxes when calculating state taxes, a tax break that disproportionately benefits upper-income earners.4

Federal deductibility also means that when federal taxes go up, state taxes go down and vice versa. When federal tax deductions and credits are raised, the state automatically takes back some of the benefit the federal tax change is intended to provide.

Taxes as a Percentage of Personal Income