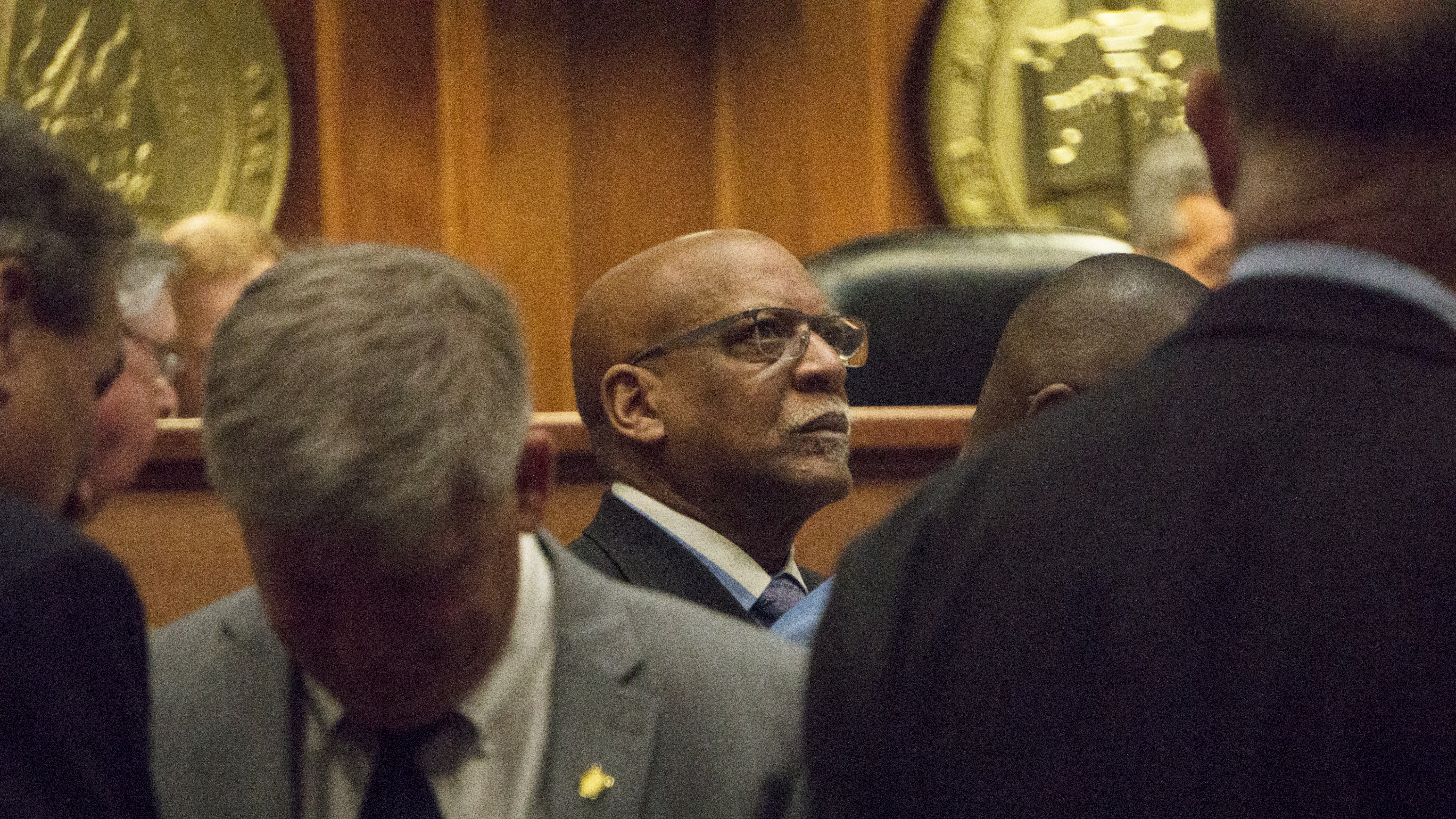 Business in the Alabama Senate began Wednesday with an emotional oration from state Senator Rodger Smitherman, D-Birmingham, over a proposed bill to require the first stanza of the Star-Spangled Banner be performed at K-12 public school sporting events and “at least once per week at each public school during school hours,” according to the bill.

Senate Bill 127, sponsored by state Sen. Gerald Allen, R-Tuscaloosa, is scheduled for a second reading before the Senate today.

Within the third stanza, the lines “Their blood has washed out their foul footsteps’ pollution. No refuge could save the hireling and slave,” has garnered criticism from contemporary scholars and historians for its suspected condemnation of African-Americans who joined the British Corps of Colonial Marines during the War of 1812 after the British offered emancipation and land to enslaved people who escaped their American enslavers and joined the Colonial Marines during the conflict.

“It belittles us as people,” Smitherman said. “We’re trying to pass a bill to make students, and African-American students at that, sit up and embrace this every week. That’s insulting and racist.”

The bill as currently written requires only the first stanza–the only stanza usually performed at public sporting events–, a deviation from a near-identical bill, also sponsored by Allen, that was brought before the Senate during the previous regular legislative session. The previous bill did not specify which stanzas would be performed.

The bill was ultimately added to the following day’s legislative agenda, with Smitherman threatening to speak until clotured when the bill is brought forward for consideration.

Later during deliberations, Senate members passed Senate Bill 23, introduced by Sen. Tim Melson, R-Florence, which would establish that when a person is required to post bail after pleading not guilty to certain criminal charges, the bail could be any of the four currently approved by the state, instead of requiring a cash-only bail.

Members also approved Senate Bill 33, which allows for a one-time audit of water cooperatives by the Alabama Examiners of Public Accounts.

The Senate also passed Senate Bill 46, introduced by Sen. Clyde Chambliss, R-Prattville. The legislation would make the current state policy of not connecting electronic voting machines to the Internet a state law instead.

“Paper is good. We can have an audit trail, no matter what happens,” Chambliss said.

Senate Bill 90, introduced by Sen. April Weaver, R-Brierfield, was also approved, which makes the crime of causing physical injury to a Department of Human Resources worker, or any employee practicing social work, a second-degree assault, which is a Class C felony.

Eddie Burkhalter contributed to this report.

John is a reporter at the Alabama Political Reporter. You can contact him at jgl[email protected] or via Twitter.