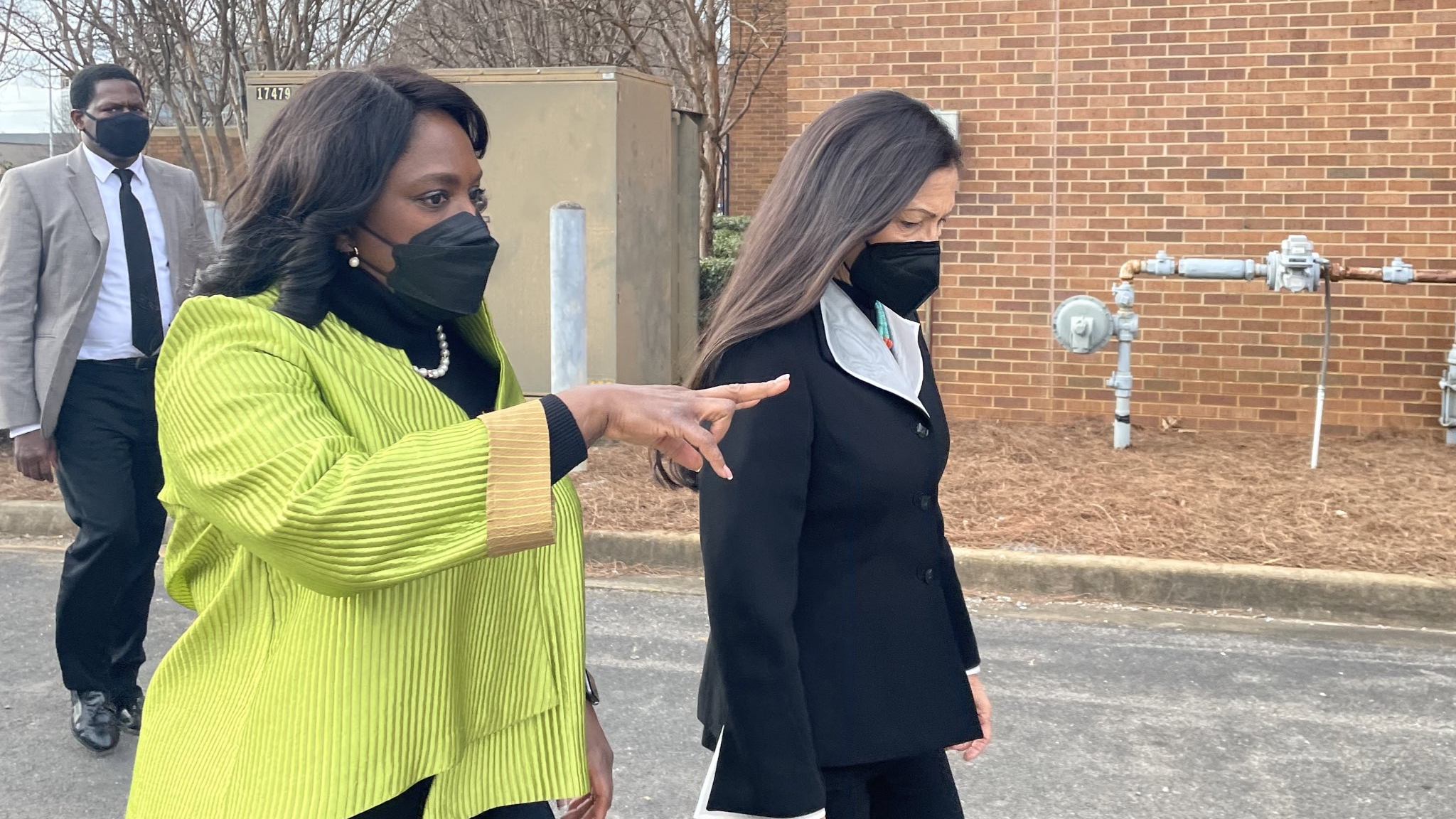 Secretary of the Interior Deb Haaland traveled to Alabama yesterday as part of a week-long multi-state tour to explore how the Department of the Interior can help tell America’s story. During the visit, Secretary Haaland and Assistant Secretary for Fish and Wildlife and Parks Shannon Estenoz met with elected officials and community members and visited sites that lift up the significant role that individuals and events in Alabama played in the Civil Rights Movement.

In Selma, Secretary Haaland, Assistant Secretary Estenoz, Congresswoman Terri Sewell, and Mayor of Selma James Perkins visited the Selma Interpretive Center, where they met with key community leaders and civil rights foot soldiers who fought for voting rights in 1965. The Center is part of the Selma-to-Montgomery National Historic Trail, which was established in 1996 as a unit of the National Park System to commemorate the people, events, and route of the 1965 voting rights marches in Alabama.

In addition to honoring the life and legacy of those who fought for equality, Secretary Haaland also heard about ongoing projects to expand the interpretive facilities of the Selma to Montgomery National Historic Trail. The Center underscores the National Park Service’s commitment to build relationships with local and historically marginalized communities through academic pursuits, partnerships, historical recognitions, community service, and fostering environmental stewardship efforts.

Secretary Haaland, Assistant Secretary Estenoz, and Congresswoman Sewell then traveled to Birmingham, where they and Mayor of Birmingham Randall Woodfin visited the Birmingham Civil Rights National Monument. Established in 2017, the National Monument preserves and interprets the events, stories, and places associated with the nonviolent struggle against racial segregation in Birmingham, Alabama, during the mid-20th century.

The group visited various sites contained with the monument, including the Sixteenth Street Baptist Church, St. Paul United Methodist Church, and the A.G. Gaston Motel, which served as the headquarters for the Birmingham campaign. The National Park Service has funded nearly $4.7 million to the monument’s sites through the Service’s African American Civil Rights Grant Program for Preservation and Rehabilitation.