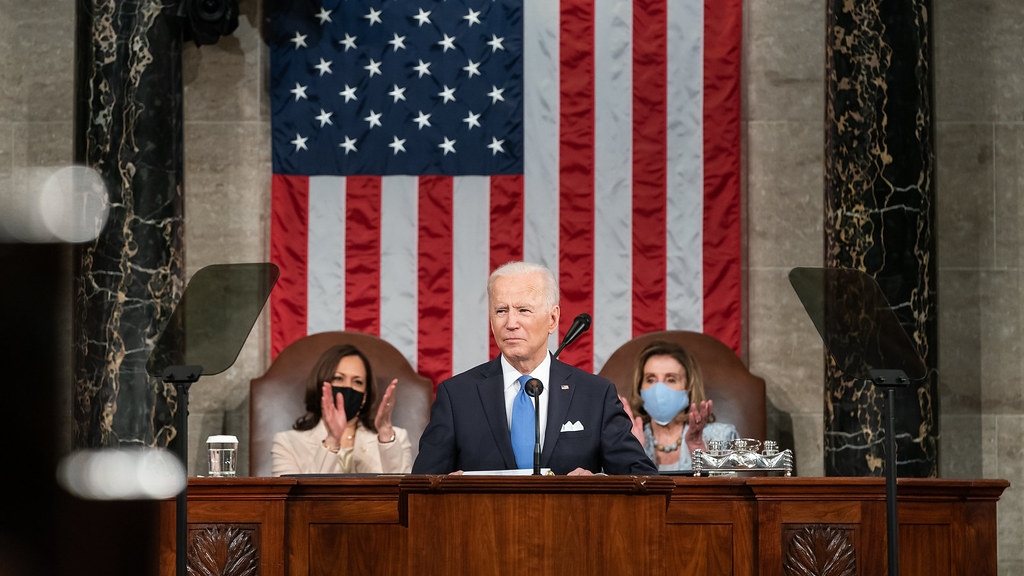 A handful of Alabama’s elected officials offered a dismal review of President Joe Biden’s State of the Union address Tuesday night and his presidency as a whole.

“For over a year now, President Biden has proved that the many promises he made to the American people are empty. Given the state of our country and the world, one would hope this Administration would be willing to reach across the aisle to find ways to work together. President Biden has instead continued to prioritize the far left’s social agenda, despite an evenly-divided Senate. The American people are feeling the repercussions.

“This evening during President Biden’s first state of the Union address, he spoke of unity and bipartisan cooperation. However, I have yet to see Democrats attempt to pass sensible legislation that’s palatable to lawmakers on both sides of the aisle. Instead of focusing on a failing economic agenda and the expansion of big-government programs, we should be funding our nation’s defense capabilities. Our adversaries need to know that our military remains the best trained, best prepared, and best-equipped fighting force in the world. Russia and China are watching how the United States handles matters of national security. Now is the time for President Biden to prioritize the safety of our country.

“Currently, Americans are experiencing record-high inflation rates triggered by Democrats’ reckless spending, as well as a drastic increase in violent crime and illegal immigration. Our economy has grown more and more fragile since this Administration has been at the helm. Something must change. It is my hope that President Biden will fulfill his promise to be a president for all Americans and work with Republicans to improve our country. His Administration must stand firm in the face of Russia and China, ditch partisan policies, and find real solutions to the problems facing our nation.”

“Americans across the country are frustrated and disappointed with President Biden’s performance for the past year, so it’s not surprising his approval ratings have completely tanked. Despite President Biden pretending he has done a good job for the past year, the truth couldn’t be clearer: He has failed to secure our border and protect the safety of American citizens, he completely botched the withdrawal from Afghanistan, he has made us dependent on foreign oil, he has imposed unconstitutional COVID-19 mandates, he has done nothing about the explosion of violent crime across the country, and he has driven inflation to levels we haven’t seen in over 40 years.

The bottom line is Americans are worse off today than they were a year ago because of President Biden’s complete and utter failure to be the leader our country needs. Thankfully, the American people are incredibly tough and resilient, and I have no doubt we will make it through these crises stronger than ever before.”

“Once again, President Biden continued on his path of’ too little, too late’ when it comes to addressing the issues we are facing at home and abroad. His out-of-control spending policies caused inflation to reach this level, and his only solution seems to be spending even more money by pushing his already rejected Build Back Better program. Increasing government spending and our national deficit will only increase inflation. Add to that his foreign policy failures – first his botched Afghanistan withdrawal, and now the Russian invasion of Ukraine where he failed to act swiftly. Sticking your head in the sand is not a response. It is hard to see how the President can claim any successes.”

Alabama Democrats released no public statement on the president’s State of the Union speech.