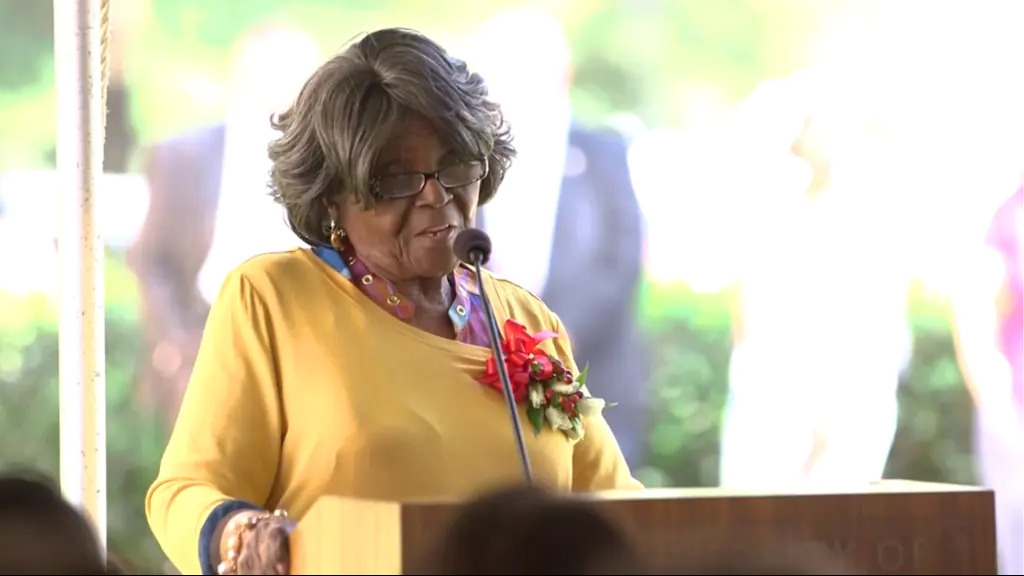 Autherine Lucy Foster, the University of Alabama’s first Black student, has died. She was 92.

Foster first attended the University of Alabama in 1956 but was expelled three days later after being nearly attacked by a white mob and escorted from the university for her safety. She had to take shelter in what was then called Bibb Graves Hall, named after a former Alabama governor who had been the leader of a local Ku Klux Klan chapter.

The university in February changed the name of the building to Autherine Lucy Hall.

“Autherine Lucy Foster was the embodiment of courage. As the first Black student to attend the University of Alabama, her trailblazing determination paved the way for a more inclusive and equitable higher education system in Alabama,” said state Rep. Chris England, D-Tuscaloosa, chairman of the Alabama Democratic Party. “Her life was a testament to the power of compassion and grace in the face of unyielding adversity. We are all made better by her example.”

“The Alabama Democratic Party mourns the loss of Autherine Lucy Foster, and we offer our sincere condolences to her family, friends, and all those inspired by her life and work,” England said.

University of Alabama President Stuart Bell said in a statement that the university community is deeply saddened by her passing.

“While we mourn the loss of a legend who embodied love, integrity and a spirit of determination, we are comforted by knowing her legacy will continue at The University of Alabama and beyond,” Bell said. “We were privileged to dedicate Autherine Lucy Hall in her honor just last week and to hear her words of encouragement for our students. Dr. Foster will always be remembered as one who broke barriers, reminded us of the respect due to every individual and lived a life of strength in steadfast service to her students and community.”