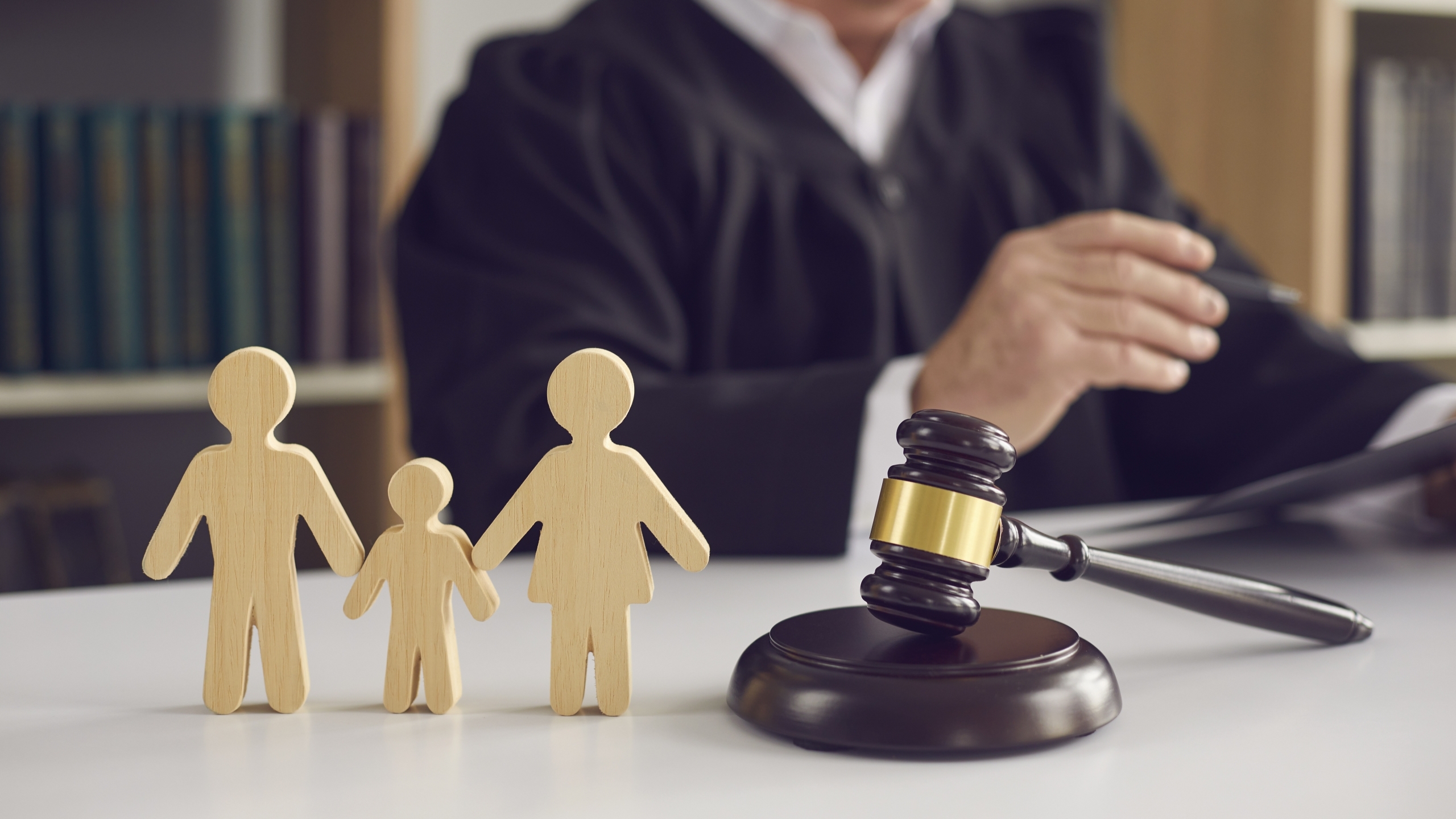 Two dueling bills are being considered in a House committee this week that both tweak Alabama child custody law to emphasize joint custody.

However, Paschal’s bill goes a small step further in creating a rebuttable presumption that joint custody is in the best interest of children. The bill also clarifies the definition of joint physical custody, which already requires “frequent and substantial contact with each parent.”

“Frequent and substantial contact means that the child has equal or approximately equal time with both parents,” the new language adds.

The two bills will come before the House Judiciary Committee on Wednesday after undergoing public hearings during last week’s committee meeting, with several people speaking on behalf of each bill.

“Everyone here knows that all divorce cases and all custody cases are not equal and we cannot treat them equally,” Robbins said. “So a judge needs to be able to make that decision based on the factors placed in front of him or her on what is in the best interest of the child.”

One proponent of Robbins’ bill read a letter to the committee from retired Tuscaloosa County juvenile and family court judge Philip Lisenby.

“Both of these bills provide a framework for parents to consider their needs, goals and circumstances and create a custody arrangement for them,” Lisenby wrote. “The primary difference between the two bills is the presumption in House Bill 365 that a court must essentially split custodial time equally between parents.”

Lisenby said the presumption fails to recognize the importance of a judge’s evaluation of the witnesses’ presentation and demeanor.

“Simply stated, the imposition of any additional statutory standard such as the 50/50 presumption stated in HB365 erodes the ability of the trial judge to, after carefully considering the evidence and circumstances of each case, enter a judgment consistent with the consideration of the best interests of the children.”

Tim Smith with the Alabama Family Rights Association said the rebuttable presumption is necessary to “protect the right of children to enjoy the love, protection and care of and access to both their fit parents.”

If the court is to go against the presumption of equally split joint custody, Smith said the findings of fact in that decision need to be in writing “for all the parties to know what was in the court’s mind when they made that decision.”

Nicole Clark, an Autauga County attorney, said judges will have discretion under both bills, but families deserve to have the rebuttable presumption and written findings of fact.

“How is it fair to tell a parent that they cannot have access to their kids or can only see their kids two or three, four times a month and not tell them why?” Clark said. “They have a constitutional right to be a parent. Why are we limiting that without explaining why?”

Mary Elizabeth Curtner-Smith, a retired professor of the UAB Department of Human Development and Family Studies, said that social science research considers joint custody time splits to be anywhere from 65/35 to 50/50.

“All have been found to be beneficial to children, but not all time splits fit every family,” Curtner-Smith said. “On two occasions, panels of child development and child psychology experts from across the nation met to discuss joint custody. Neither time were they able to come to consensus on recommending a rebuttable presumption of joint custody and all agreed that no one standard fits all families.”

Curtner-Smith also praised the bill’s requirement for parents to submit a parenting plan detailing the amount of time the child is to spend with each parent. The provision is present in both bills.

Two other judges from the state lent their support for HB314 as well, also citing that it protects judicial discretion.

Paschal said the rebuttable presumption portion of his bill is the result of two surveys of judges.

He quoted two judges who said they have never or would never rule for joint custody in any case.

“I don’t like having children go back and forth,” Paschal read of one judge’s remarks. “I really think stability is in every child’s best interest. I don’t want the child to think mom or dad is competing. I would never order equal custody.”

Paschal said having “equal or proximate equal” custody is necessary to ensure the best outcomes for children.

Jefferson County resident Ryan Malloy spoke about his custody fight over his son, who he has not seen since his son was 6 years old 14 years ago.

Malloy said the current system is broken and recounted going to court over his ex-wife’s “visitation interference” many times to no avail.

“I’m a 63-year-old grandparent and I’m resigned that I’ll never see my son again,” Malloy told the committee. “The interfering parent spent well over $100,000 on legal fees and I went broke. At some point I let my vehicle be repossessed in (2009) in order to fund the legal expenses to see my son.”

Both bills include a section giving courts action to remedy time-sharing violations, both by giving the affected parent “makeup time” for the time lost as well as providing for legal fees for the time-deprived parent.

“My concern as a judge is that eventually … the appellate courts are going to hav to come in and make an interpretation of what evidentiary standard needs to be applied to this,” Johnson said.

“This bill represents a radical departure from existing Alabama law regarding children and will disproportionately negatively impact children at risk of abuse and neglect,” said Kelly McTear, who teaches family law at Jones Law School in Montgomery. “It also creates an insurmountable hurdle for most victims of family violence. One simple truth is common among those abused by a loved one: they hoped. They hoped that their loved one would stop, they hoped that they would have a safe and secure home. They didn’t live their lives constantly preparing to document the next attack. That means that, as a general rule, victims of abuse are not in possession of the kind of court-admissible evidence that would effectively rebutt a presumption of this type with legal certainty, absent wearing a body cam 24/7 or being physically injured so severely that medical intervention was necessary.”

Kiana Mitchell with the Alabama Coalition Against Domestic Violence spoke to the committee on behalf of a an Alabama mother whose son, Tate, was murdered by her ex-husband, Brian Beuning, the day before a child custody hearing.

“Over the last year, Brian ended a relationship and began spiraling mentally, sending Kayla more and more threatening and distressing text messages to include threatening to kill her,” Mitchell said. “He did not pay child support in two years and had discontinued medical treatment. Her lawyer filed for an emergency hearing on July 9 to amend custody to supervised or no visitation until Brian sought treatment. The hearing was not set until August 9, one month later.

“After finding out about the hearing. Brian went to a retail store on August 4. purchased a firearm and used it to murder Tate the night before a morning that he was scheduled to pick her up … The current custody laws and justice system failed to protect Tate and House Bill 365, if passed, would make it even more more difficult for women and children in abusive situations to get out. This bill favors the rights of parents and does not make the safety of our children the high priority.”

There was talk among the committee members or possibly merging the bills into one, or amending either to account for some of the suggestions.

Both bills are on the agenda to be considered on by the House Judiciary Committee on Wednesday and a vote will likely be on the table. 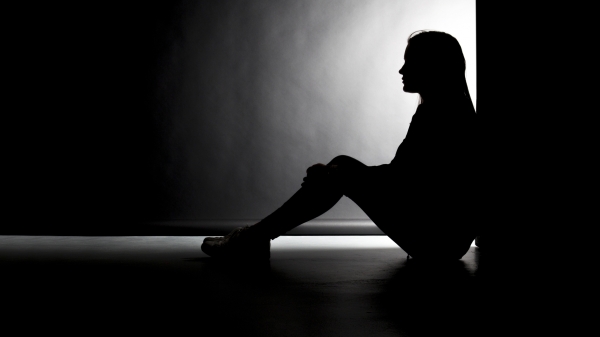 Eighteen nonprofit agencies will be allocated funds from the state’s Domestic Violence Trust Fund to assist victims of domestic violence.