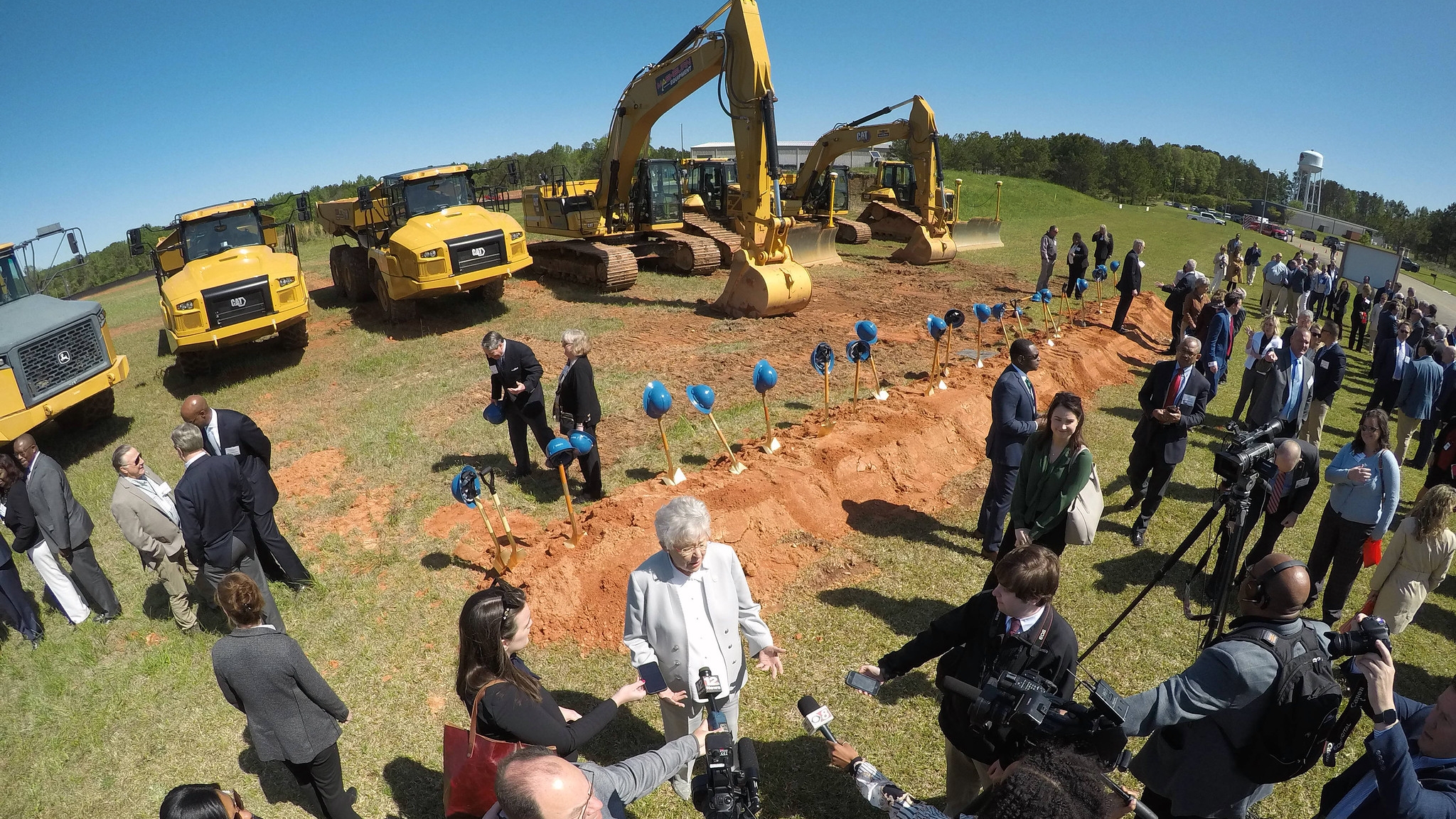 The $202 million plant, which is being built in the Lake Martin Regional Industrial Park just off U.S. 280 in Coosa County, will process raw graphite into refined, battery-grade graphite for use in batteries that power electric vehicles (EVs), electronics and many other products. Once completed, Phase I of the facility is expected toemploy at least 100 people at an estimated average hourly wage in excess of $21 per hour and when fullyoperational is expected to produce 7,500 metric tons of refined graphite each year.

“The construction of this plant is the result of a lot of work, cooperation, planning and vision by numerous people over a number of years,” said Chad Potter, President and CEO of Westwater Resources and Alabama Graphite Products. “I want to thank our incredible team, which envisioned and laid the foundation for what is the first graphite plant of its kind anywhere, as well as our state and local partners who made this day possible.”

Refined graphite is used as the anode in lithium-ion batteries that are found in EVs and other products, as well as a conductivity enhancer for all types of batteries, including the common lead-acid batteries in traditional vehicles. The batteries found in an average EV need about 175-200 pounds of graphite. There are currently no producers of natural-grade graphite in the U.S. for these types of products. Currently, the refined graphite used in lithium-ion and other batteries is primarily imported from China. As a result, the U.S. government has declared graphite a critical strategic mineral.

Gov. Ivey joined numerous state and local government officials and business leaders who took part in the groundbreaking celebration at the Kellyton site. She said the plant will put Alabama at the top echelon in the production of an essential material for EVs and other batteries.

“Alabama, which is home to Mercedes-Benz, Honda, Hyundai, Toyota and Mazda, is among the top four states in the nation in automobile production,” Gov. Ivey said. “This plant will make Alabama an even bigger player in the fast-growing electric vehicle sector. It also creates jobs and will serve as a catalyst for economic development in the region, which my administration has worked tirelessly over the years to bring to the state. As this new manufacturing facility demonstrates, the fruits of that labor are paying dividends for the people of Alabama.”

Congressman Rogers praised Alabama Graphite Products for the jobs and economic development it is bringing to his district. “Having the first graphite processing of its kind in Coosa County is a real honor and I believe an indication of what’s to come,” Congressman Rogers said. “This project will spur more economic development in the region and more jobs for the people here.”

The Kellyton plant will use a proprietary process to purify the feedstock and refine it into battery-grade graphite. This process is safer and more environmentally friendly and sustainable than the hydrofluoric acid-based process commonly used in China and elsewhere, which requires more water and produces more environment-damaging byproducts.

“Since our announcement in June of last year that we will build our state-of-the-art processing plant in Alabama, we have made significant investments in preparation for the operation of our plant,” Mr. Potter said. “We have purchased and renovated two large existing buildings adjacent to the plant site – one for warehousing and logistical uses, the other for our laboratory and administrative offices. As our investment of millions of dollars and our commitment to invest even more indicate, we are firmly committed to Alabama and this community, and we look forward to being here for many years to come.”

In addition to the processing plant, the Company plans to continue advanced exploration activities of a graphite deposit in western Coosa County in the Alabama Graphite Belt. Westwater Resources acquired mineral rights to approximately 41,900 acres in 2018 and expects to begin mining operations by the end of 2028. Until then, the Kellyton plant will import feed graphite acquired from high-quality sources. There is currently no commercial-level graphite mining in the U.S.

Mr. Potter thanked the many state and local officials, agencies, industrial recruiters, associations and businesses that helped make the project a reality. “The cooperation and assistance we have received – from tax incentives to utilities to workforce development – has been incredible. We would not be here today without their support.”

The Kellyton processing plant is expected to begin operation by the end of the second quarter of 2023.