State Representative Steve McMillan of Bay Minette died Thursday at the age of 80. He had served in the Legislature for more than 40 years.

McMillan had announced in January that three tumors had been discovered on his brain and that he would not be seeking re-election.

Speaker Mac McCutcheon, R-Monrovia, said McMillan was a source of wisdom for his fellow House members.

“Because of his experience in the House, Steve was a mentor to many members through the years and he was a close friend and trusted advisor to me,” McCutcheon said in a press release. “He wasn’t afraid to take unpopular stands as long as it benefited or protected the people in his district. My wife Deb and I send out heartfelt condolences to his family.”

House Majority Leader Nathaniel Ledbetter, R-Rainsville, said McMillan earned the respect of all of his colleagues.

“Throughout his 42 years in the Alabama House of Representatives, Rep. Steve McMillan worked tirelessly to serve the needs of his Baldwin County constituents and make Alabama an even better place to live, work, worship, and raise a family,” Ledbetter said in a statement Thursday on behalf of the House Republican Caucus. “His integrity and demeanor earned him the trust of House members on both sides of the aisle, and he worked effectively with Republicans and Democrats alike. Every House Speaker under whom he served respected his opinion and was influenced by his counsel.  When Rep. McMillan spoke, his colleagues listened. 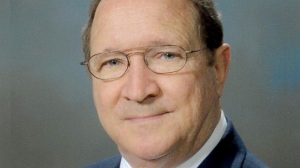 “Steve McMillan’s legacy will live on in the scores of legislators he mentored and advised, the important measures he sponsored and passed, and the Lodge at Gulf State Park that he worked so hard for so many years to make a reality.

“His was a life well-lived. The members of the Alabama House Republican Caucus join me in lifting up the McMillan family in this time of need and asking God to give them strength and consolation in the days ahead.”

McMillan was first elected to the District 95 seat as a Democrat in 1980. He switched to the Republican Party in 1993.