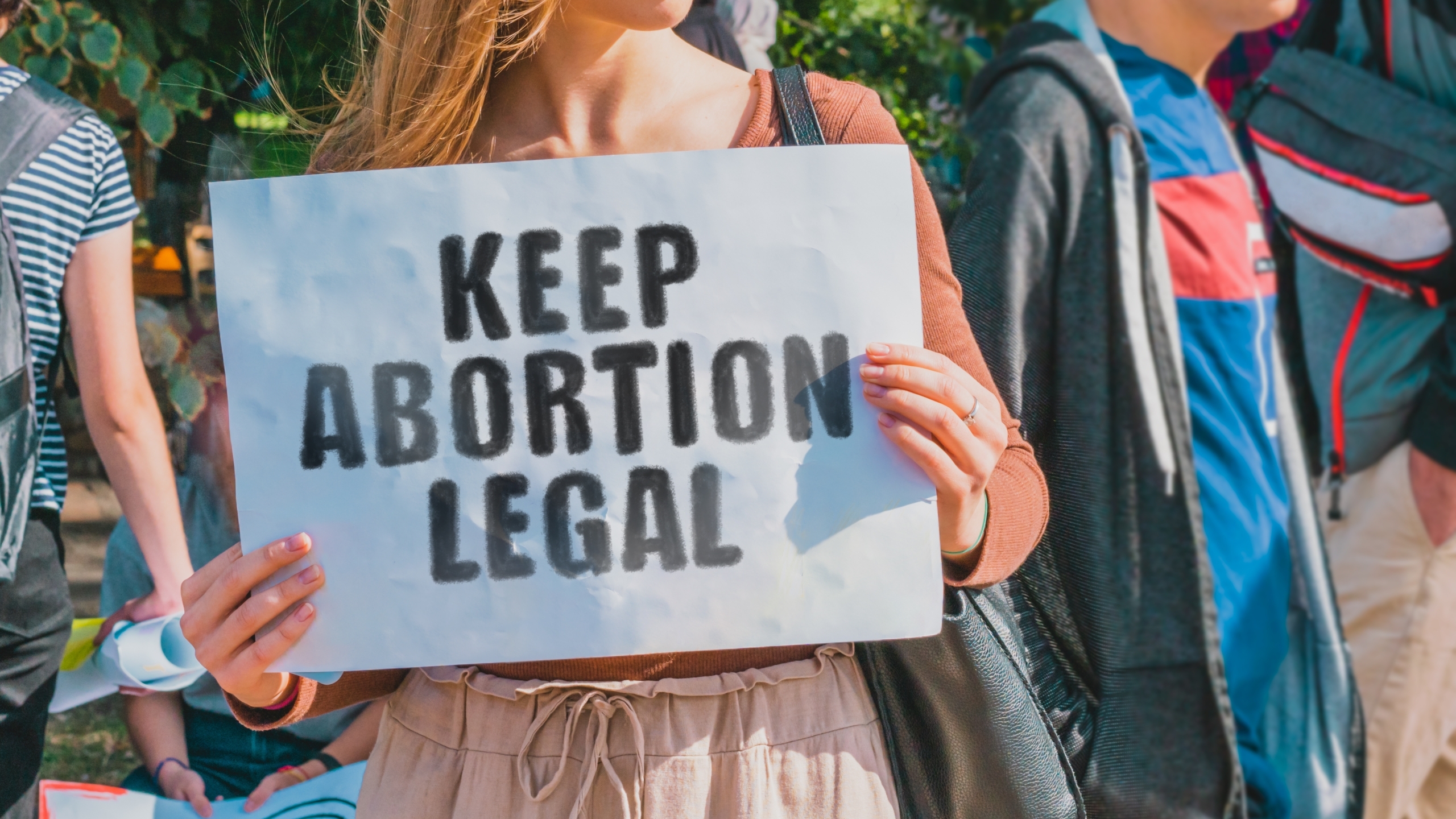 My daughter is likely to grow up – in America – with fewer rights than her mother.

Let that sink in.

Late Monday evening a draft opinion from the United States Supreme Court somehow leaked – a phenomenon that has never occurred previously – that showed the court preparing to overturn Roe v. Wade and allow for the banning of abortions in America. Politico first published the draft, and it wasn’t entirely clear just where it was in the process, although it was generally believed to be near the end.

And if that’s the case, and this opinion is truly the one this court plans to publish, abortions will immediately become essentially illegal in 13 states. A handful of other states will likely follow.

Now, I’m not going to get into the abortion debate here. I don’t argue this particular topic with anyone, because I argue with myself over it as it is. My views are unique and nuanced, and I struggle to maintain consistency depending on the situation.

But here’s what I do argue, and where I am consistent: Everyone should have the right to decide these things for themselves, and that is particularly true for the women who are carrying these embryos and fetuses.

And I’m not alone in that view. More than 60 percent of Americans are against overturning Roe. Even in Alabama, polling shows that 70 percent of people – SEVENTY! – are against a federal abortion ban.

Because the majority of people in this country, and even in this state, know the truth about abortions: they’re necessary medical procedures and women have them for a wide variety of reasons, almost all of which are relatable and understandable.

And outright bans are complicated. If you don’t believe that, let me tell you about an afternoon I spent at one of the weirdest press conferences in recorded history.

It occurred in July 2017, on the steps of the Alabama judicial building in Montgomery. At the podium were two adults who didn’t seem to be under the influence of drugs or alcohol and who didn’t appear to be suffering from brain trauma. One of those people was Win Johnson, a former director for the Administrative Office of the Courts, and Lorie Mullins, a director of some anti-abortion nonprofit.

For the better part of an hour, these two individuals stood in the hot sun and argued willingly that the state of Alabama should force a 12-year-old incest victim to carry a pregnancy to term and have the baby.

They argued that she was “too young” to decide whether to have an abortion, and that the procedure would have lasting effects on her.

But carrying an incest baby for nine months, going through the pain of childbirth and then, assuming she gave up the baby for adoption, spending the rest of her life knowing that child was in the world was just something 12-year-olds do these days, I guess.

Is that an extreme example? It is.

What if the pregnancy was a danger to the mother?

What if the victim of an assault can’t prove the assault?

What if a married couple who already have kids, and who are struggling financially, simply doesn’t want another mouth to try to feed?

That’s why so many people are against overturning Roe – because doing so infringes upon the personal rights of others. It imposes your beliefs and feelings on them. And it puts government between a patient and her doctor. (Conservatives are doing that last one a lot lately.)

And just after delivery, the government in Alabama runs like hell out of that room and out of that baby’s life forever.

“Republican politicians will claim this is a win for “life” in a state with high infant mortality rates, a Black maternal mortality crisis, and countless other public health crises,” Alabama Democratic Party chairman Chris England said in a statement late Monday. “They refuse to expand Medicaid, providing free lifesaving healthcare access to Alabama families – or do anything else that actually sanctifies life for Alabamians. Now, their law will block abortion access in Alabama, negatively affecting women with the fewest resources the most.”

And the Supreme Court’s opinion will effectively be one of the greatest rollbacks of personal rights ever experienced in this country.

And with such a radical, activist court apparently hellbent on carrying out a rightwing political agenda – law and precedent and public comments be damned – there’s really only one question.

Which rights will we lose next?