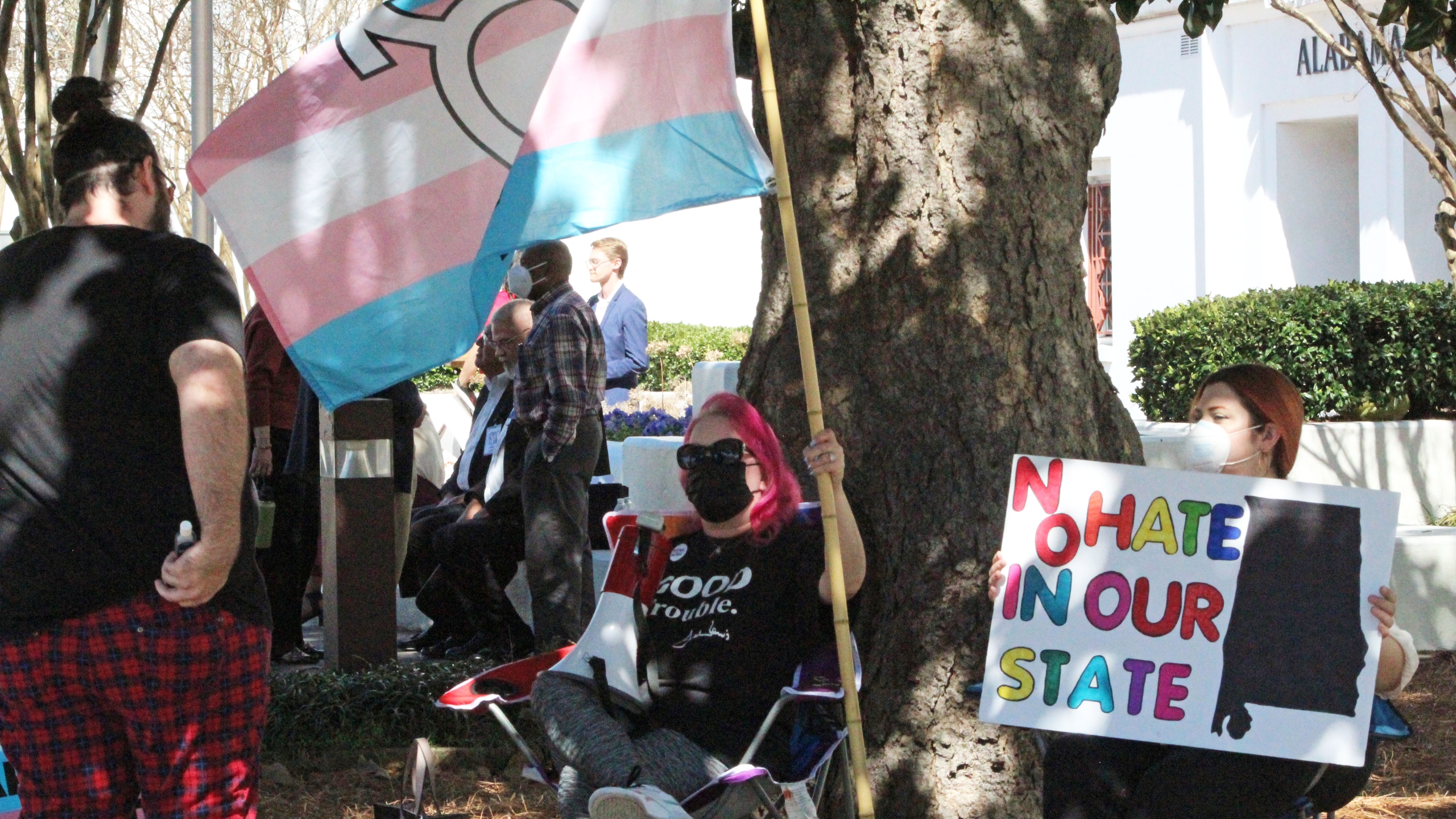 That report, authored by six scientists and a law professor from  Yale Law School, the Yale School of Medicine’s Child Study Center and Departments of Psychiatry and Pediatrics, and the University of Texas Southwestern, states that Alabama’s law,  which makes gender-affirming care for transgender youth a class C Felony, “presents a list of purported scientific findings without argument or citation.”

The report also finds similar glaring errors and misleading claims in an opinion authored by the Texas Attorney General regarding medical care for transgender youth.

There are numerous ongoing lawsuits seeking to block Alabama’s law from going into effect Sunday, including a suit brought by the U.S. Department of Justice. The federal government in its lawsuit states Alabama’s law “denies necessary medical care to children based solely on who they are, and that threatens criminal prosecution and jail time to doctors, parents, and anyone else who provides or ‘causes’ that care.”

Supporters of Alabama’s law say it’s needed to protect minors from treatment that’s not needed, and some that are irreversible. Opponents of the law, which include the vast majority of the medical community, say those treatments reduce suicides and suicide attempts, and that sex change surgery isn’t conducted on underage transgender people.

Despite the pushback from physicians who treat transgender youth, those youth themselves and their families, Alabama officials continue to fight to uphold the law.

“As we will show in this case, DOJ’s assertion that these treatments are ‘medically necessary’ is ideologically-driven disinformation. The science and common sense are on Alabama’s side. We will win this fight to protect our children,” Alabama Attorney General Steve Marshall said in a statement.

“In fact, present medical standards state that individuals must be the age of majority or older before undergoing surgery on genitals or reproductive organs,” the report continues. “Current medical protocols do not allow for either surgery or drug therapy for prepubertal children and specifically state that genital surgery should not be carried out before patients reach the legal age of majority.”

Authors of the report also note that despite the Alabama law’s claim that the use of puberty-blocking drugs is irreversible, the “scientific evidence clearly shows that treatment with puberty blockers is fully reversible.”

Authors of the report also note that Alabama’s law ignores the substantial benefits of medical care for transgender children and adolescents.

“A solid body of reliable research has shown that the potential next steps in gender-affirming care for adolescents with gender dysphoria – puberty-blocking medications and hormone therapy – have major mental-health benefits, including higher levels of general well-being and significantly decreased levels of suicidality,” the report reads.