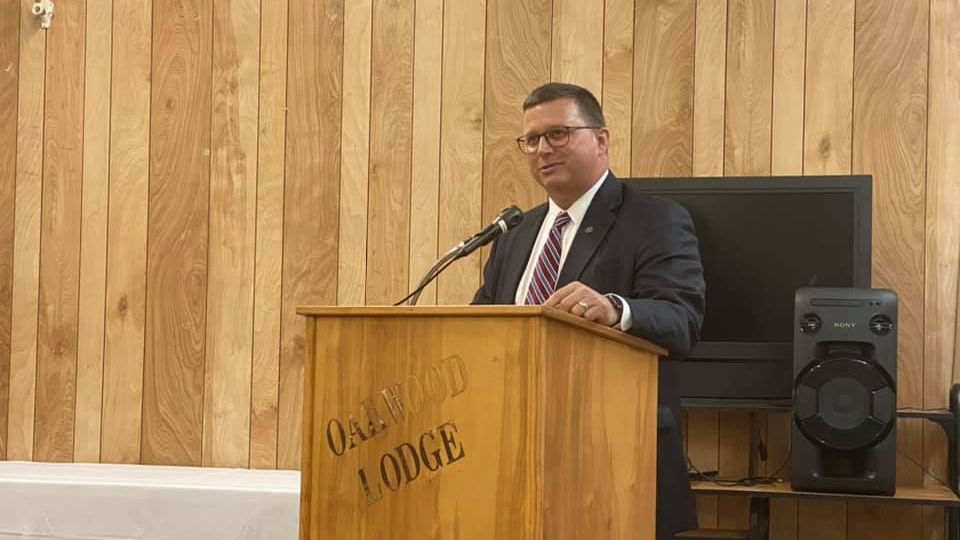 Jones, who served as chairman of the powerful House Rules Committee, released a statement Wednesday defending himself against the claims.

“I will not engage in negative campaigning, but I will also not allow anyone, especially some group from out of state, to falsely claim that I am for abortion,” Jones said. “This is an outright lie and they know it because they have been informed repeatedly that their claims are not true and have been presented with evidence to prove that their claims are false. They know it because I have a 100 percent pro-life voting record. They know it because I am endorsed by Alabama Citizens for Life. They just don’t care. They continue to spread false information that damages the pro-life movement in our state. Maybe that is their true motive. I can’t think of any other reason why they would knowingly spread such horrible lies about legislators that are pro-life.”

The mailers take aim at Jones for not bringing House Bill 261 by Rep. Andrew Sorrell, R-Muscle Shoals, to the floor during the recent legislative session. The bill would criminalize chemical abortions.

Students for Life Action PAC is the organization responsible for the mailers and they doubled down on their stance Wednesday.

“The efforts of pro-life champion State Representative Andrew Sorrell to enact law to protect preborn children and their mothers from the predatory chemical abortion industry were stifled in the House by the inaction of Republican Mike Jones, who controls the Alabama House Rules Committee and has so far refused to advance HB261,” the group said in a statement. “Jones had weeks to bring the pro-life bill forward, and the sole authority to do so. Jones did not – which is inexplicable from someone who proudly touts pro-life convictions. SFLAction does not champion legislators whose actions do not match their pro-life rhetoric. 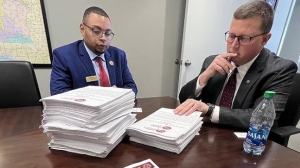 “Many Republican legislators are accustomed to maintaining the support of special interest groups for simply maintaining pro-life rhetoric and promises. SFLAction, on the other hand, is committed to holding both Republicans and Democrats accountable for actions and inactions that would kill or stall a piece of lifesaving legislation – especially something as urgent and necessary to the people of Alabama as a Chemical Abortion ban. That is exactly why the Alabama Students for Life Action PAC alerted voters of Mike Jones’ failure to further HB261 through the Rules Committee. SFLAction and its PACs will take action and mobilize voters in any state where lifesaving protections are being withheld from the preborn by legislators sworn to protect the people of their state.”

This isn’t the first time the PAC has criticized Jones for allegedly stalling the bill. The PAC also sent out text messages in March alleging that Jones was keeping the bill from a vote.

Speaker Mac McCutcheon, R-Monrovia, sent a text to a member of the PAC telling them they were spreading false information.

“I am texting you in reference to the text information sent out to discredit Rep. Mike Jones,” McCutcheon said in the text. “He is the House Rules Chairman and is not trying to stop the passage of HB261. The sponsor of the bill is having issues passing the bill and it is not the fault of Rep. Jones. What your group is doing is not right. We are working with the Senate to move the SB, but your actions are hurting the efforts.”

Attorney Eric Johnston, who wrote the 2019 law banning abortions that will now act as a trigger law if Roe v. Wade is overturned, showed his support for Jones in a letter in March.

Johnston noted that Jones record of “100 percent support has resulted in the passage of many important laws that have protected the health of women and reduced the number of abortions.”

Students for Life Action PAC took issue with Jones’ statement casting doubt on its motives and purpose, and characterizing them as an out-of-state group.

“SFLAction, together with its sister organization Students for Life of America (SFLA), is a national, $18M operation in all 50 states whose presence in Alabama includes eleven student groups and which has testified on numerous pro-life protections, including the Every Mother Matters Act and HB 261 to ban Chemical Abortions,” the organization said. “But Mike Jones surprisingly claims not to have heard of SFLAction until this year.

“SFLAction representatives have met with Jones to explain the importance of pro-life legislation in Alabama. Instead of taking responsibility for his failure to lead on life from within the rules committee, Mike Jones accused SFLAction of being tantamount to a pro-choice organization. One would be hard pressed to find another ‘pro-choice’ organization championing the removal of rape and incest exceptions from pro-life laws (which the org has been blamed by the abortion lobby for doing) and labeled by pro-abortion media as a ‘powerful conservative group.’

“SFLAction does not play partisan politics; we champion the preborn and laws that protect them. If doing so means calling out the misbehavior of ‘pro-life in name only’ politicians, so be it.”

The Republican primary is May 24.