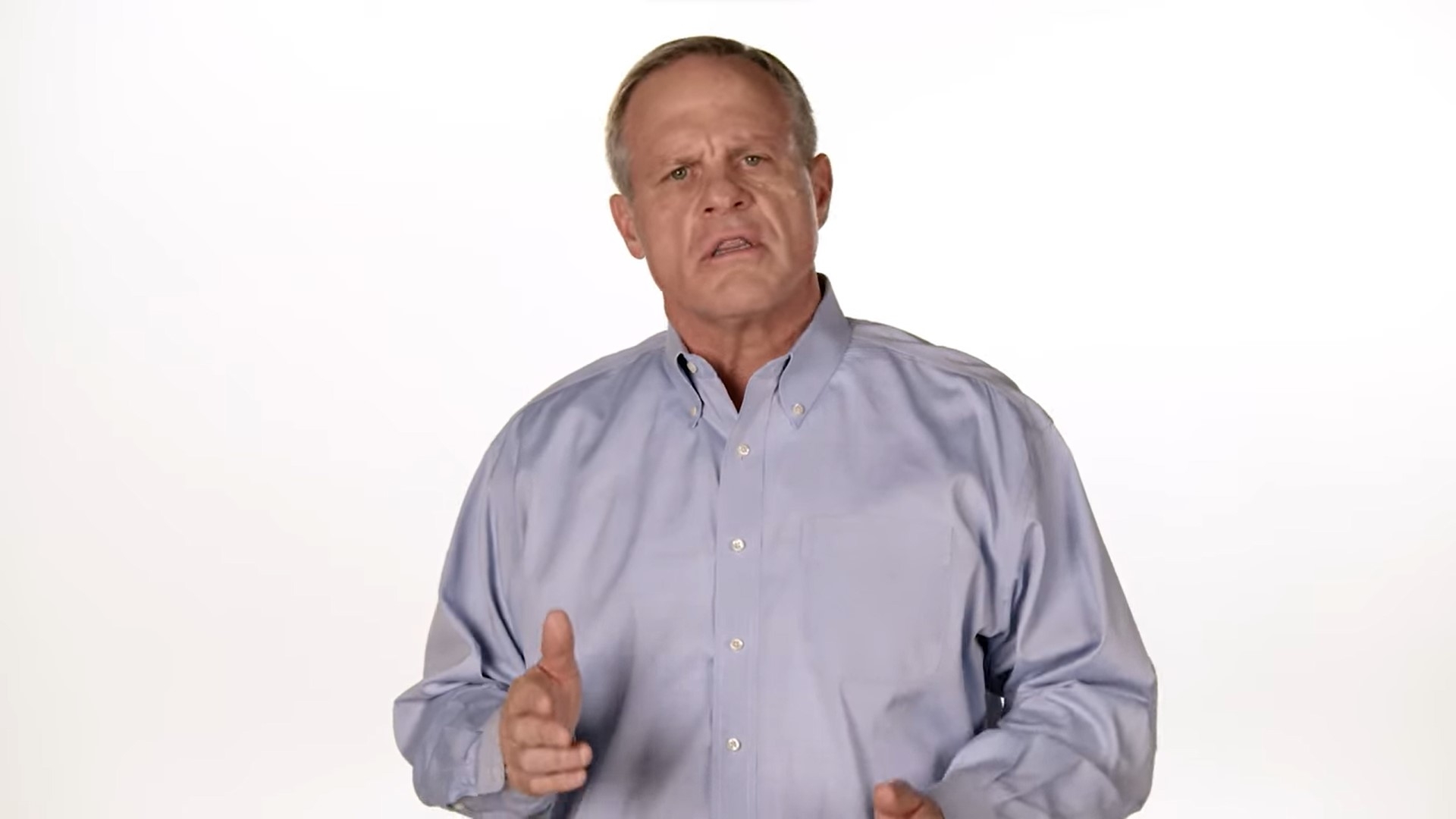 Tim James, a candidate for governor

Tim James must be a big fella, right?

Auburn football records have him at 5’11” and 209 pounds during his playing career from 1981-82, a 22-game stretch in which he rushed for 26 yards in nine attempts and scored one garbage time touchdown against Bill Curry’s Georgia Tech Yellow Jackets that no one will ever, ever take away from him.

Takes an awful big man to put up those numbers.

Just like it takes a big and brave hombre to go after the real threats facing Alabama, like driver’s license exams coming in languages other than English and, in his most recent obsession, Birmingham’s Magic City Acceptance Academy, a 6-12th grade charter school that caters to LGBTQ students. His ad last month – one, which, in his words, decried the “first transgender public school in the South” – was a new low for a candidate who excels only in the sad art of bigotry, shamefully distinguishing itself from the other transbaiting we’ve seen this campaign season as it used pictures of actual MCAA students.

Much like I don’t care that James was used primarily as a blocking fullback, James doesn’t care about those students; they’re not people to him, only soft political targets to foment rage in GOP primary voters. But, again, that’s not much different than Katie Britt talking about “full-term abortions” in a locker room. It takes, though, a real coward like James to go after children.

(Lindy Blanchard also has an ad out focusing on the school – I’m not sure whether it’s more or less shameful to be a bandwagoning bully.)

The school decided prudently to increase security after the ad, which drew hecklers to campus and one woman who tried to film students, and MCAA’s increased profile and status as a target has made at least one student, as she told the New York Times, “scared to come to school.” There is a reasonable line to draw from James’s ad to those weirdos and wackadoos, a causal relationship born from callousness and hate.

But what if that behavior escalates? What if someone vandalizes the school or does something even more unthinkable, acting against the very people James has so clearly and reprehensibly made a target? What then would be Son of Fob’s legal responsibility for what happens? If we assume (for argument’s sake) that his commercial represents a call to illegal action, his accountability – and constitutional protections – would be analyzed under the Supreme Court’s incitement standard, a line of cases that began in earnest during World War I and encompassed the nebulous “clear and present danger” test before settling into something more workable.

In Brandenburg v. Ohio, a 1969 case in which the Supreme Court overturned the criminal conviction of a Klu Klux Klan leader arrested for promising “revengance” for perceived slights during a televised rally, the Court established a four-part test for the criminalization of speech calling for violence. First, the government must seek to punish a speaker trying to move others to break the law, meaning that incitement can’t cover otherwise lawful activity. Second, that speaker must intend for their speech to motivate the audience. Third, the lawlessness should be “imminient,” so the violence cannot be either far off in time or at some indefinite point. Finally, there must be a likelihood of violence in that the audience should be willing, ready and able to respond to the speaker’s call to lawbreaking.

The Brandenburg test is a good one that balances two important interests: allowing for the widest possible universe of speech while also attempting to keep people and property safe. Under Brandenburg, for example, there’s nothing wrong with standing in front of a crowd and calling for a large-scale communist revolution that would by definition require violently seizing the means of production because (unfortunately for you, comrade) that revolution isn’t coming tomorrow. It’s abstract and philosophical, the sort of speech that should be tolerated – at least by the government – in a democratic society.

And the First Amendment protections extended by Brandenburgcan be surprising in practice. Donald Trump’s speech on Jan. 6 looks like incitement, especially if we follow the intellectually seductive desire to blame one man for the storming of the Capitol, yet if we actually apply the case law, it likely falls short of what’s criminally actionable incitement. Ransacking Congress and preventing the electoral vote count is clearly illegal, which satisfies the first prong. Likewise, the proposed violence directly followed the speech, which was given in front of the president’s angriest and most ardent supporters – ones who were ready and willing to do the things they did.

But unless the congressional committee investigating Jan. 6finds a smoking gun or two in the texts, emails and other missives leading up to Trump’s speech, the president likely did not have the intent necessary under Brandenburg. Yes, we can parse his words and point to a line or two (like “We fight like hell. And if you don’t fight like hell, you’re not going to have a country anymore,” for example) but I defy anyone to watch the entire hour-plus long speech and conclude it was anything more than his usual collection of imagined nonsense and self-entitled gripes. At the very least, if we could imagine a speech in which Trump was to tell his legion to assault the Capitol in order to disrupt Congress, it would be more to the point and absolutely more explicit.

Applying Brandenburg to a hypothetical in which the worst happens to MCAA and its students, we’re left with the same intent problem with James. The commercial is offensively craven, but on its face, the gubernatorial candidate is dredging the primary swamps for votes; unless there’s some secret email to an adviser that reads “I’d like a commercial that motivates folks to go down to that campus to tear it all to hell,” James doesn’t have the necessary intent under the law. Comparing his ad to Trump’s speech, however, gives us a stark difference and an even bigger issue: James’s commercial is broadcast to anyone who happens to be watching television, whereas Trump’s diatribe was given only to his supporters – there’s not much likelihood of violence in the legal realm of incitement where your audience consists of passionate supporters, random channel flippers and anyone unfortunate enough to be stuck on a treadmill at Planet Fitness. Finally, there’s no hint of imminence in the ad, meaning there’s no sign that someone should act against the school now. All told, there would be no legal liability for James under a theory of incitement if the worst should happen.

Yet legal liability is not the end of the story. Trump was impeached for his role in Jan. 6 in a political process that only happened to have some legal window dressing. Likewise, Jamescould face some type of punishment from Alabama’s voters, but that seems more aspirational than anything else.

The real answer here, as unsatisfying as it may be, is to hold James morally responsible for whatever happens. Because while it takes a big, strong man to maybe – just maybe if things break right – embarrass Gov. Kay Ivey by dragging her into a runoff, only a monster would attack high school students to do so.