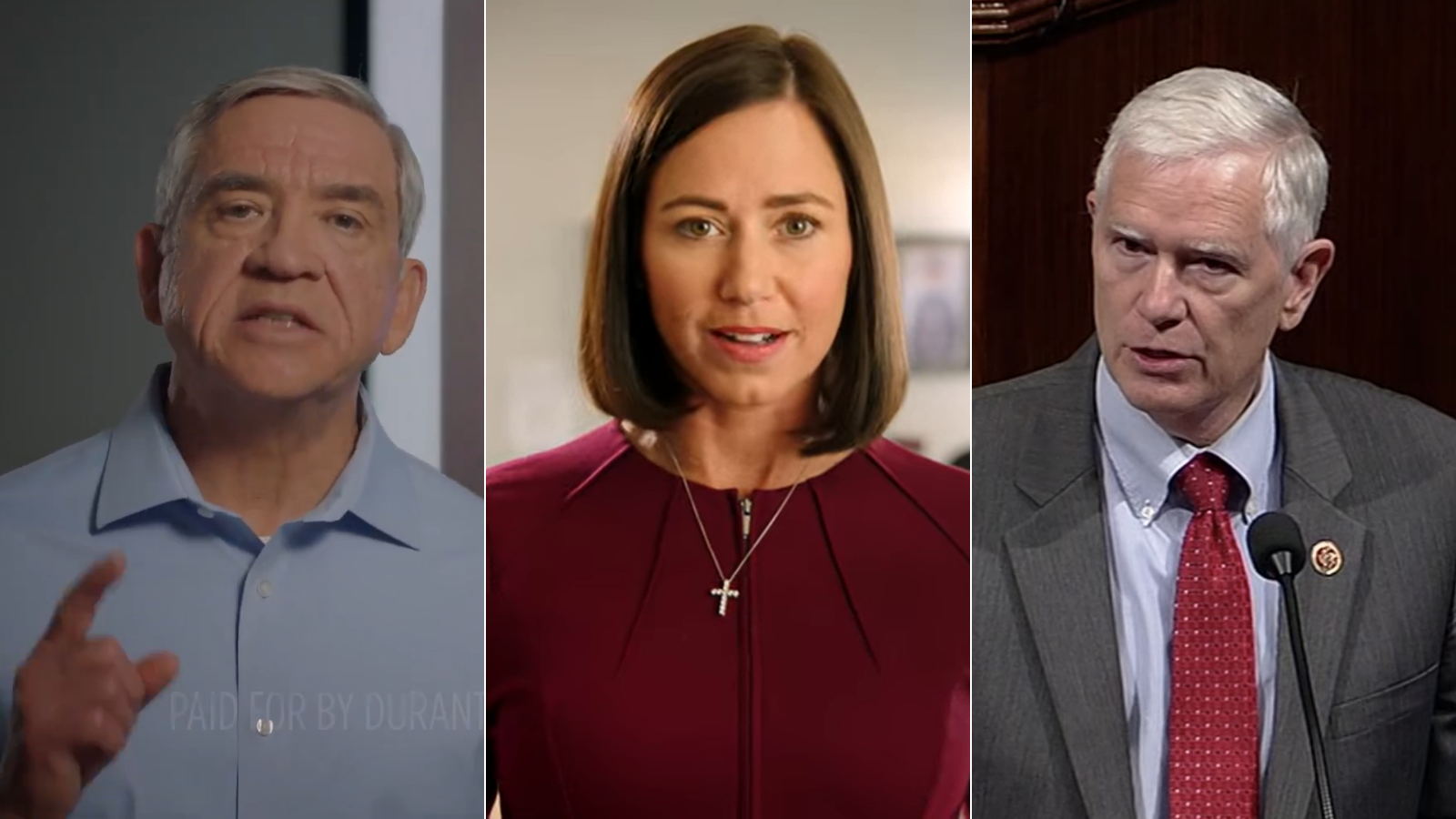 As her opponents in the race for U.S. Senate have experienced wild swings in popularity with Republican voters, frontrunner Katie Britt has mostly remained steady, according to a review of McLaughlin & Associates polling since early December.

Britt has gained double-digit points over the past six months, moving to a clear lead in the race over Mike Durant and Rep. Mo Brooks. In the most recent polling, Britt led Brooks 37 percent to 25 percent, with Durant just behind at 24 percent.

That’s a pickup of 11 points for Britt since the first poll of the Senate race on Dec. 9, and since early May her numbers have remained steady – in the 37-38 percent range.

Her opponents, in the meantime, have been anything but steady.

Britt also has managed to maintain a positive net favorability rating – a measure of a candidate’s favorability with voters minus their unfavorable score. Britt’s score has dropped over time – going from a high of 29 percent to now just under 20 percent – but considering the onslaught of negative ads she faced over the last month as the frontrunner, those numbers are strong.

Brooks and Durant, meanwhile, haven’t been so fortunate.

Brooks’ net favorability fell a staggering 42 points between December and early May, going from 34 percent to negative-8 percent. Durant’s score went from a 24 percent in December to 38 percent in March, and it now sits at essentially zero. Brooks’ score in the most recent polling also showed him at zero.

The drop in favorability for Brooks and Durant shouldn’t be a surprise. Brooks’ took a hit when former President Donald Trump pulled his endorsement of Brooks and openly criticized Brooks for suggesting that Republican voters “move on” from the 2020 election. Trump’s actions were particularly damaging for Brooks, because he had built his campaign around Trump’s endorsement.

Trump pulls Mo Brooks endorsement, calling him "woke"
Trump in a statement said Brooks 44-point lead evaporated based on statements Brooks made that people should get over the 2020 presidential election.

Durant, in the meantime, has been dogged by questions regarding his treatment of his sister in the wake of their father’s confession of sexual abuse. In interviews with APR, Durant’s sister, Mary Ryan, said her brother turned his back on her and even used his fame, in the wake of his captivity in Somalia in the early 1990s, to discredit her story of abuse.

Sister: Mike Durant lives in "state of denial" about father's incest
Mary Ryan said the Senate candidate purposefully tried to discredit her story of sexual abuse because it was easier to pretend it didn't happen.

Their father acknowledged numerous times that he molested Ryan for nearly two decades when she was a child. Yet, Durant still maintained a close relationship with him and pushed his sister aside. He hasn’t spoken to Ryan in years.

Britt has faced attacks from Durant and Brooks — primarily for her ties to her former boss, Sen. Richard Shelby, and “the swamp” — but she’s managed to avoid major scandals.