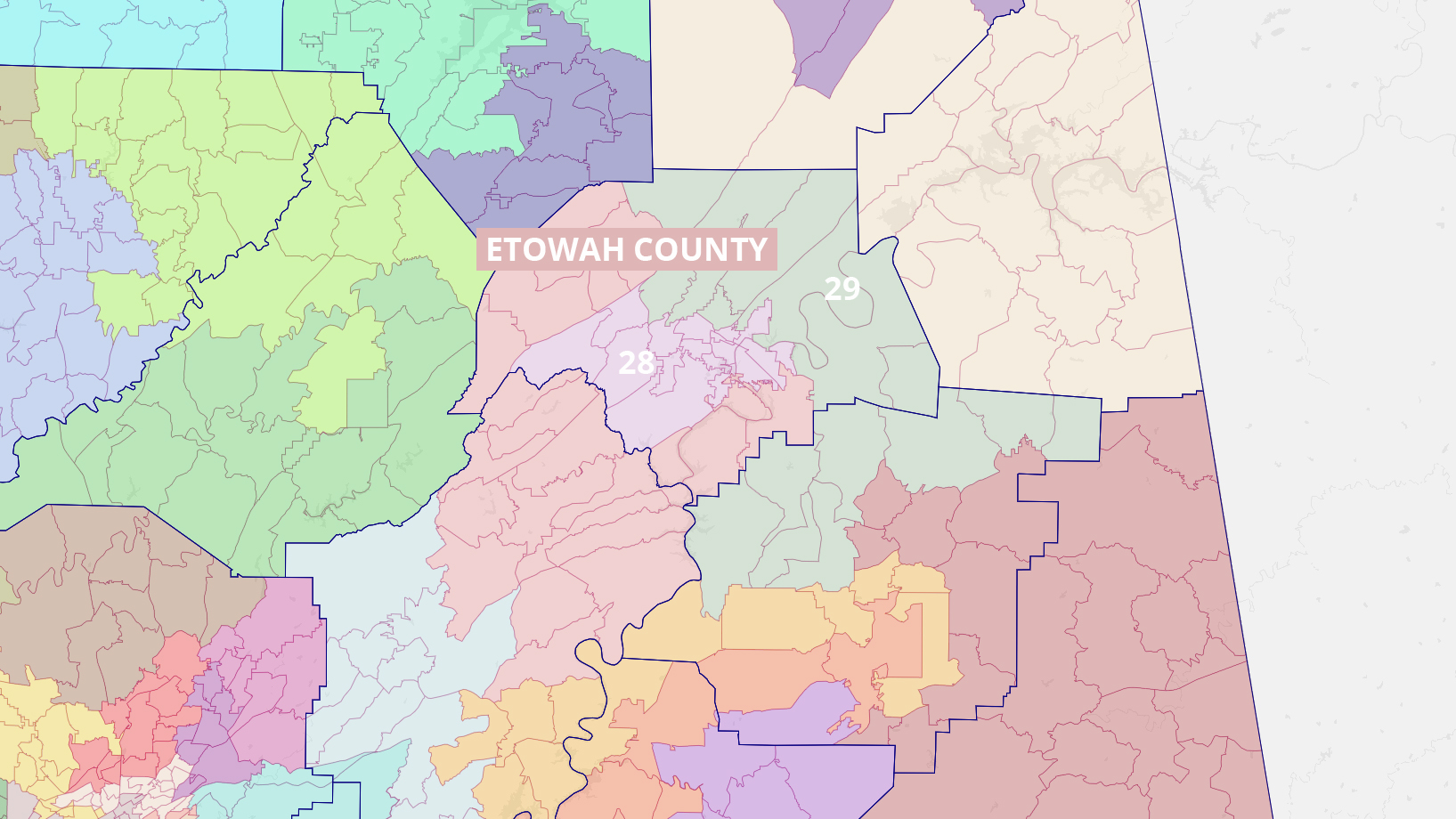 Districts 28 and 29 in Etowah County

The candidates who were leading at the end of the Republican primary for House seats on Tuesday in Etowah County have been certified by the Alabama GOP.

The race sparked controversy as voters and candidates faced “mass chaos” at the polls, receiving ballots with races outside of their districts.

Candidates have until noon Thursday to challenge the results, and ALGOP chairman John Wahl said some challenges are expected.

Butler’s sister first identified the issue in April when she voted absentee and found her brother’s race missing from the ballot.

At that time, the Secretary of State’s Office instructed the Etowah County Board of Registrars “to begin taking action to correct the problem by assigning voters to their proper districts as required by state law.

But the necessary changes were not made, leading to the confusion at the polls. Steve Reagan, who initially qualified to run for House District 29 due to a mapping error and was later disqualified, was shocked to see the House District 29 race when he was handed his ballot.

Despite the Etowah County Board of Registrars not making the necessary changes, Merrill said that the Republican Party was responsible for picking a nominee because it is their primary and not a general election.

Wahl said the party would do what it could with “a terrible situation.”

“Our number one priority is to make sure the will of Republican primary voters is reflected in the outcome of these elections,” Wahl said. “We are investigating precisely which areas have been impacted, how many votes have been affected and what remedy there is moving forward.”