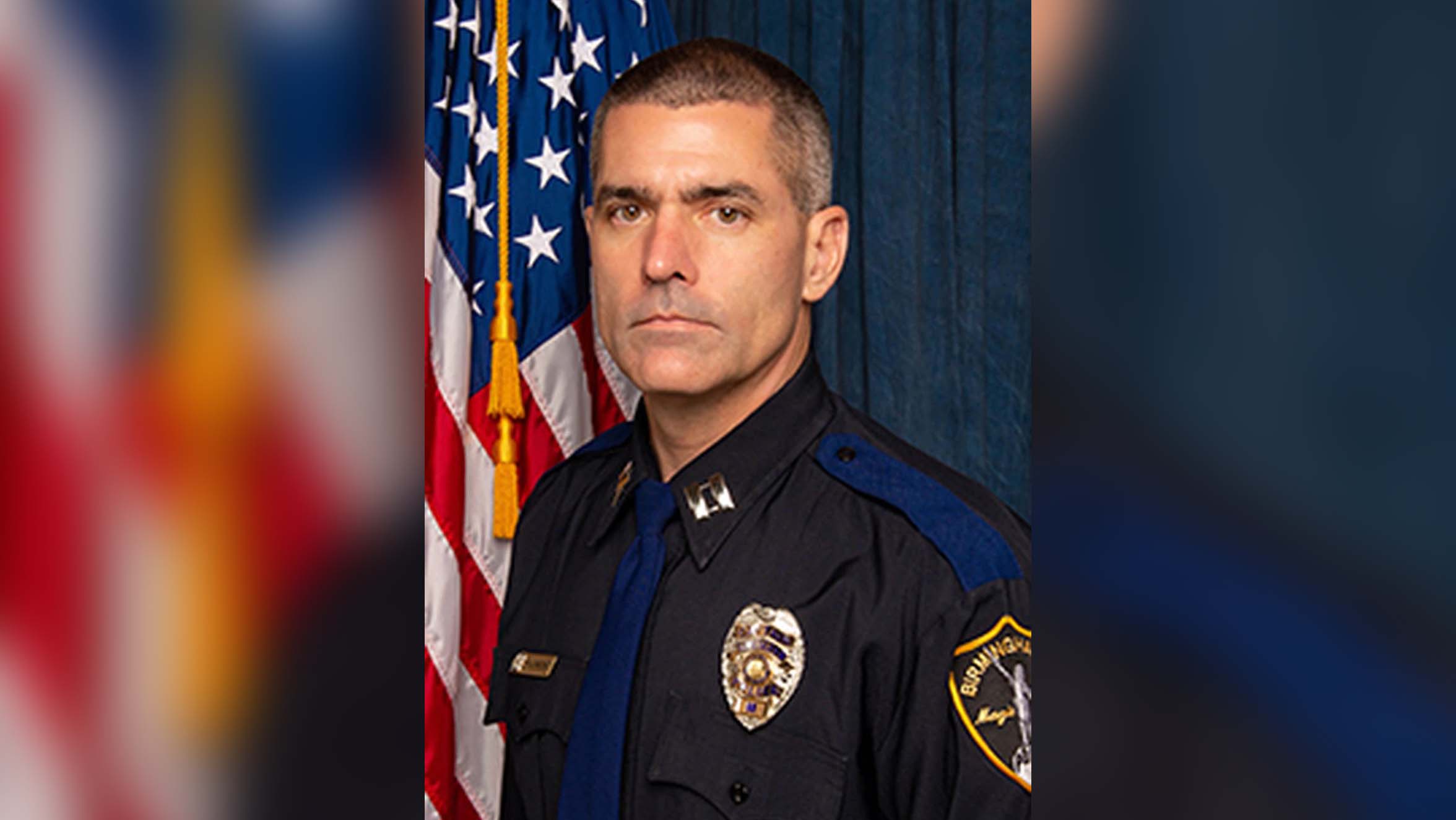 Scott Thurmond, current interim police chief for the Birmingham Police Department, will continue as the city’s next chief of police.

The appointment, made by Birmingham Mayor Randall Woodfin, will be made effective on June 24.

“Since day one, Chief Thurmond has demonstrated that he is a compassionate leader and an advocate for our officers and residents,” Woodfin said in a statement Thursday. “There is no need to look any further. He is the right man for the job. He will serve our city well.”

A former West Precinct commander in the Patrol Bureau and 23-year veteran with the BPD, Thurmond said in a statement made Thursday that this is “not something that I sought out” and that he was honored by the appointment.

“I have simply just wanted to serve and protect the great people of Birmingham with excellence and compassion,” Thurmond said. “This platform will allow me to partner with our brave officers in helping to create a safe Birmingham for all. I look forward to serving.”

In 1999, Thurmond began his career with the BPD in the patrol division serving the Titusville and Smithfield neighborhoods in the city’s North Precinct until 2005. Later, in 2007, Thurmond was promoted to the rank of sergeant and sent to Birmingham’s West Precinct.

After working in the city Homicide Unit in the Investigate Bureau, Thurmond was promoted to the rank of lieutenant and later returned as the commander of the city Homicide Unit in 2015. Serving in 2018 as interim commander of the city’s newly created Robbery/Homicide Division, Thurmond was later promoted to captain in 2019 and named the West Precinct commander in the Patrol Bureau. His term saw a 25 percent reduction in overall crime in the West Precinct, according to the mayor’s office.

Prior to being named interim chief, Thurmond served as the executive assistant to the deputy chief of the Investigative Bureau.

Thurmond assumed the role as interim police chief of the BPD after the resignation of the city’s former Police Chief Patrick Smith earlier this year. Smith, who was first appointed chief in 2018, resigned to focus on “personal matters” on Jan. 28. In May of 2021, Smith became the first chief of police in Birmingham to receive a vote of no-confidence from the Fraternal Order of Police.

2021 was one of the worst years on record for the city’s homicide rate, with 132 homicides, making it the second-highest number of recorded murders in Birmingham’s history.