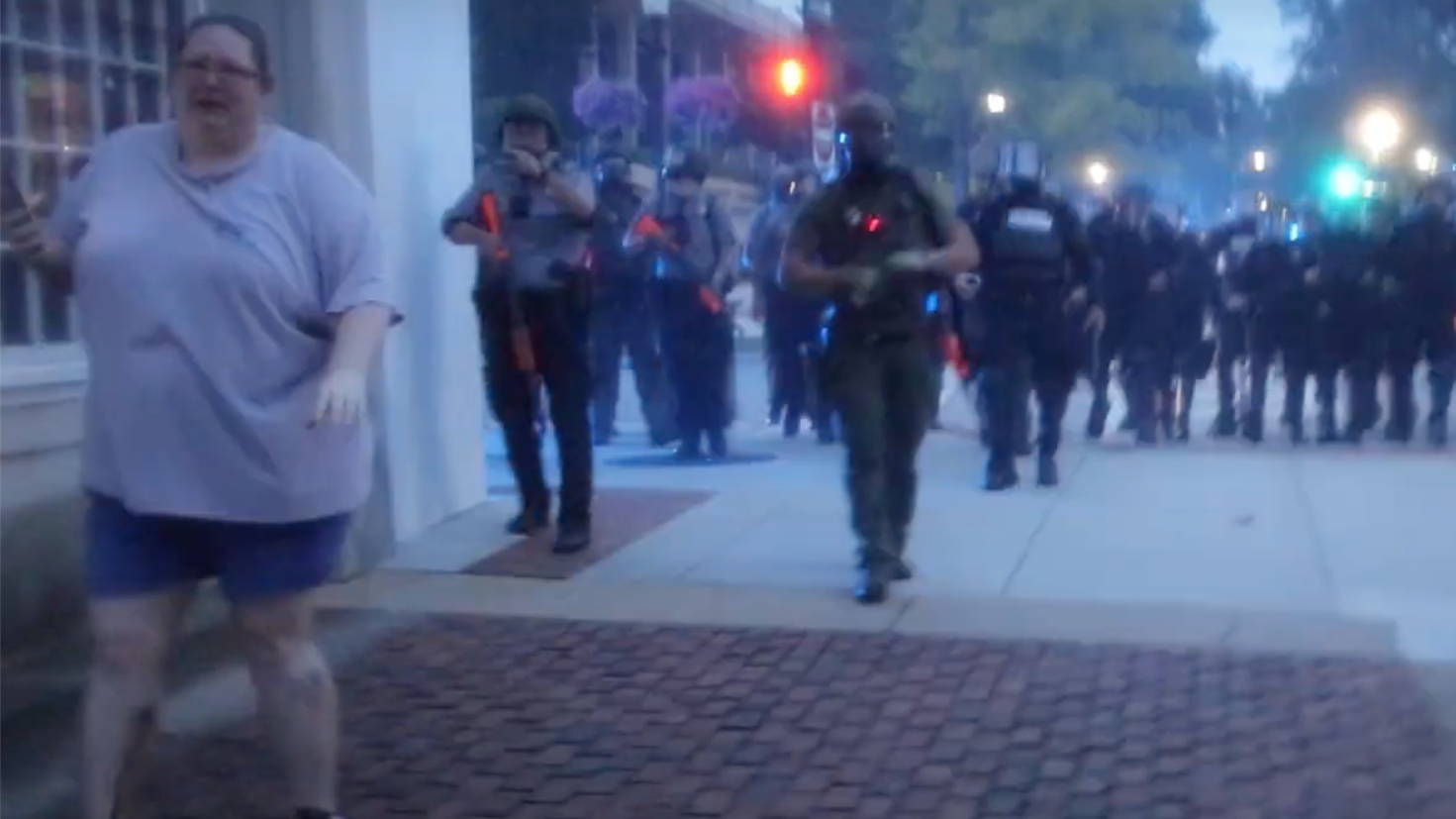 April Grubb walks ahead of police after she was shot six times with rubber bullets. Image courtesy of David Capo.

April Grubb was trying to leave the area as Huntsville police officers and those from other law enforcement agencies began firing at her and others, leaving a rubber bullet embedded in her leg. She was shot six times.

“She was within what you can be doing in terms of the First Amendment. She was exercising those rights,” Martin Weinberg, Grubb’s attorney, told APR.

The attorney representing the city of Huntsville and Sheriff Turner did not respond to APR‘s message seeking comment.

On June 3, 2020, Grubb joined with others in a Black Lives Matter protest in Huntsville. The police presence was extensive.

Grubb told APR in June 2021 that she heard the orders to disburse, and that while many people were still standing around they were all peaceful.

Grubb was recording the protest on Facebook Live as she started to leave, she told APR then, and walked backwards past the courthouse where Madison County Sheriff’s Office deputies were stationed. Those deputies walked down the building’s steps and joined a row of Huntsville Police officers.

“As I was backing up, they started shooting,” Grubb said.

Grubb’s weight and recent knee surgery kept her from moving as quickly as others, Weinberg told APR.

“She was trying to get out of there and follow orders,” Weinberg said.

According to the suit, Grubb  was struck  a  total  of  six  times “in  her  left thigh,  the  side  of  her left calf, twice in her right calf, the back of her right thigh, and in the right side of her abdomen.”

“She alleges that she was struck three times while facing the Police line and walking backward, once while turning, and twice while her back was to the police line,” the lawsuit reads.

A physician later had to remove a rubber bullet from her calf. Grubb still suffers from pain caused by the shooting, according to the suit.

“Grubb has also suffered since this incident with cold sweats and depression. She states that she has avoided going to downtown Huntsville as a result of this incident and the memories it elicits,” the lawsuit reads.

The Huntsville  Police  Citizens  Advisory  Committee later hired counsel to investigate the police actions that day, and in a report its noted that an officer was heard  on  body-camera  footage  “saying  he  shot  someone  in the face with a beanbag round.”

Huntsville  Police  Chief Mark  McMurray has released no information on the non-lethal rounds used that day, and has defended the officers use of force on peaceful protesters.

McMurray said those protestors “brought this on themselves” and called them “anarchists” and made unsubstantiated claims based on questionable investigations done prior to and after the protest.

“They weren’t here for the NAACP. They were here for anarchist movements,” McMurray said.

The lawsuit also alleges that Lightfield Ammunition, the New Jersey-based company that produces the non-lethal rounds used that day, is negligent, and knew or should have known the rubber bullets would be used against protocol and policies.

The use of less-lethal weapons by law enforcement that day went against international standards for the use of force in a crowd control scenario, according to associate director of the Arms Division of Human Rights Watch, Mark Hiznay.

“There was a lack of training. There was lack of transparency in the aftermath of this, and we think a lot of that will come out,” Weinberg said. 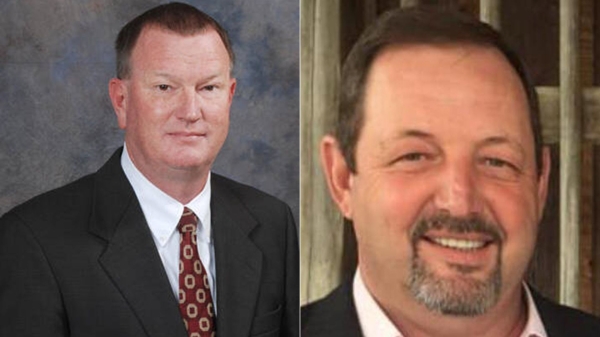