The May 24 shooting at Robb Elementary School in Uvalde, Texas – an unbearable tragedy that left 19 children and two teachers dead – comes almost 10 years after the last national shock to the conscience at an elementary school, the Dec. 14, 2012 shooting at Sandy Hook in Newtown, Connecticut that killed 20 students and six adults. The scale of the horror, the inhumanity of such savagery visited upon bodies so small and fragile, is rending.

But we are here once more as a nation, seeking both to heal and to do what we can to prevent this from happening in the future. Some will certainly argue for more police training or better equipment given local law enforcement’s failure to successfully confront the Uvalde shooter and end the massacre. Others have said our schools should be “hardened,” meaning they should be meaner, tougher, more unassailable fortresses – as if we have the resources to do that on a national scale. And President Joe Biden, perhaps feeling the need as much as anyone to do something, called last week for a renewed assault weapons ban or to at least raise the purchasing age of such guns to 21 – although it’s unlikely Congress will able to accomplish anything substantive now or in the foreseeable future.

As we fall further down the list of plausible solutions that are impractical or inconvenient, we get closer to things to blame for the sake of having an easy target – ones serving the master of political expediency rather than anything of substance when it comes to keeping children and those who serve in our schools safe. Video games will be one such scapegoat, as they have been in so many previous shootings. Or maybe rap music and the internet are at fault, as Rep. Ronny “Dr. Feelgood” Jackson suggested in a Fox News interview. Sen. Ted Cruz perhaps lumped them all together when he said in his speech to the NRA convention in Houston it was “cultural sickness” that was responsible for yet another mass killing in one of our nation’s schools.

Speech, be it from Hollywood, the publishers of the latest video game or some other moral panic boogeyman, will continue to be attacked as we process this as a culture, but it won’t only be speech that’s external to schools and students that will be scrutinized. Rather, school administrators – if the 30 sad years of history after the shooting at Columbine High School is to be any guide – will also target some specific examples of student speech for sanctions, partly out of some hope that such speech is predictive (and that by punishing it, schools are made safer) but also because administrators are not immune from the same fear that (rightly) drives public sentiment.

Violent student speech, this category now most likely to be scrutinized, is speech in the public K-12 setting that engages with dark themes that range from the innocent (elementary school games of cops and robbers) to the malevolent (hit lists), and we cannot easily say that it is either 100 percent protected – as some of this speech comes right up to and even crosses the “true threat” line – or 100 percent unprotected.

Yet where protected speech is concerned, public school administrators should have a higher duty to the Constitution – one that comes before empty gestures designed, again, not to keep students and staff safe but to placate a desire for simple answers that don’t solve any problems. Otherwise, the logical solution (if we want to act punitively against speech under the guise of keeping schools safe) is to incarcerate every student who writes a spooky story or tells an off-color joke – an outcome forbidden under the Constitution and the Supreme Court’s caselaw.

A complicating factor here is the aforementioned “true threat” line, a boundary of demarcation that separates generally violent speech from speech that indeed represents a threat and can be criminally punished. Unlike Brandenburg, in which the Supreme Court gave us a neat and tidy test for incitement, the Court has never been especially clear on the question of exactly what makes a “true” threat, suggesting only that speech should be evaluated under the circumstances and that some speech that might seem threatening is, in fact, still protected speech.

So when students engage in violent speech the first layer of analysis can – and perhaps should – be law enforcement not because I want more young adults in the well-established schools-to-prisons pipeline but because 1) violent speech can itself be a crime when it becomes a true threat and 2) police and prosecutors are generally better suited to gauge whether a crime has taken place. But these officials are still bound by the First Amendment, which limits the speech that can be criminally punished.

In N.C. v. State, for example, the Alabama Court of Criminal Appeals found in 2020 that prosecutors failed to prove a terroristic threats case against a student who sent a picture of the Columbine shooters to a friend in Georgia where the student both immediately recognized the message as a poor attempt at a joke and the message was not transmitted to anyone in his local community. Likewise, a Maryland court determined in 2021 that a juvenile defendant did not threaten his school when he joked about a mass shooting after he couldn’t find a folder he’d left behind in a classroom.

In short, schools should not become the functional equivalent of airport-style zones in which every off-color musing is taken seriously and punished as such under the law. But true threat analysis is not the end of the violent student speech question because under the Supreme Court’s caselaw, a student has less of a First Amendment right inside a school than outside of it – meaning that just because speech may not be a crime, it does not mean that a school cannot punish it. For example, in McNeil v. Sherwood School District, a student likely did not engage in unprotected true threats when he wrote down a hit list in his private diary, but the Ninth Circuit Court of Appeals upheld his expulsion in 2019 under the Tinker v. Des Moines Independent Community School District standard – meaning that the student’s continued enrollment at the school represented a material and substantial disruption to the school’s operations.

Still, much like criminal law enforcement, school administrators should take a disciplined and restrained approach to sanctioning speech. Yet because courts are often deferential to school employees, their worst reactionary impulses are frequently upheld when students challenge adverse disciplinary results. In S.G. v. Sayreville Board of Education, the Third Circuit Court of Appeals in 2003 upheld the suspension of a 5-year-old kindergarten student who said he was going to shoot a classmate during a playground game of cops and robbers, arguing simply “the determination of what manner of speech is inappropriate properly rests with the school officials” – as if school officials were vested with that authority by the Constitution. In the similarly ludicrous decision of Cuff v. Valley Central School District, the Second Circuit Court of Appeals in 2012 upheld the suspension of a fifth grade student who wrote he wanted to “blow up the school with the teachers in it” as his wish for a new school year. If the school in Cuff failed “to respond forcefully to the ‘wish,’” the court concluded, it “might have led to a decline of parental confidence in school safety with many negative effects, including, e.g., the need to hire security personnel and even a decline in enrollment.”

Only when violent student speech is truly a threat or if, unlike S.G. and Cuff, it poses a real material and substantial disruption to campus operations can we constitutionally act against it. To do otherwise is to abrogate a serious responsibility to the higher principles of a free democracy.

We are a scared people in a sad and dangerous era. But as we navigate it – as we avoid solutions that stand a chance in favor of those that will not help at all – we must keep in mind that violent student speech is protected even when it is upsetting or unsettling, as the Fourth Circuit Court of Appeals recently concluded when it determined that a Virginia high school student successfully articulated a First Amendment claim in suing his school after it suspended him for merely discussing the Parkland, Florida school shooting.

But we should keep one sobering thing in mind:

Suspending a student does not make a campus safer. 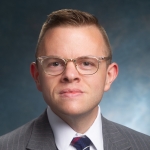 Written By Will Nevin