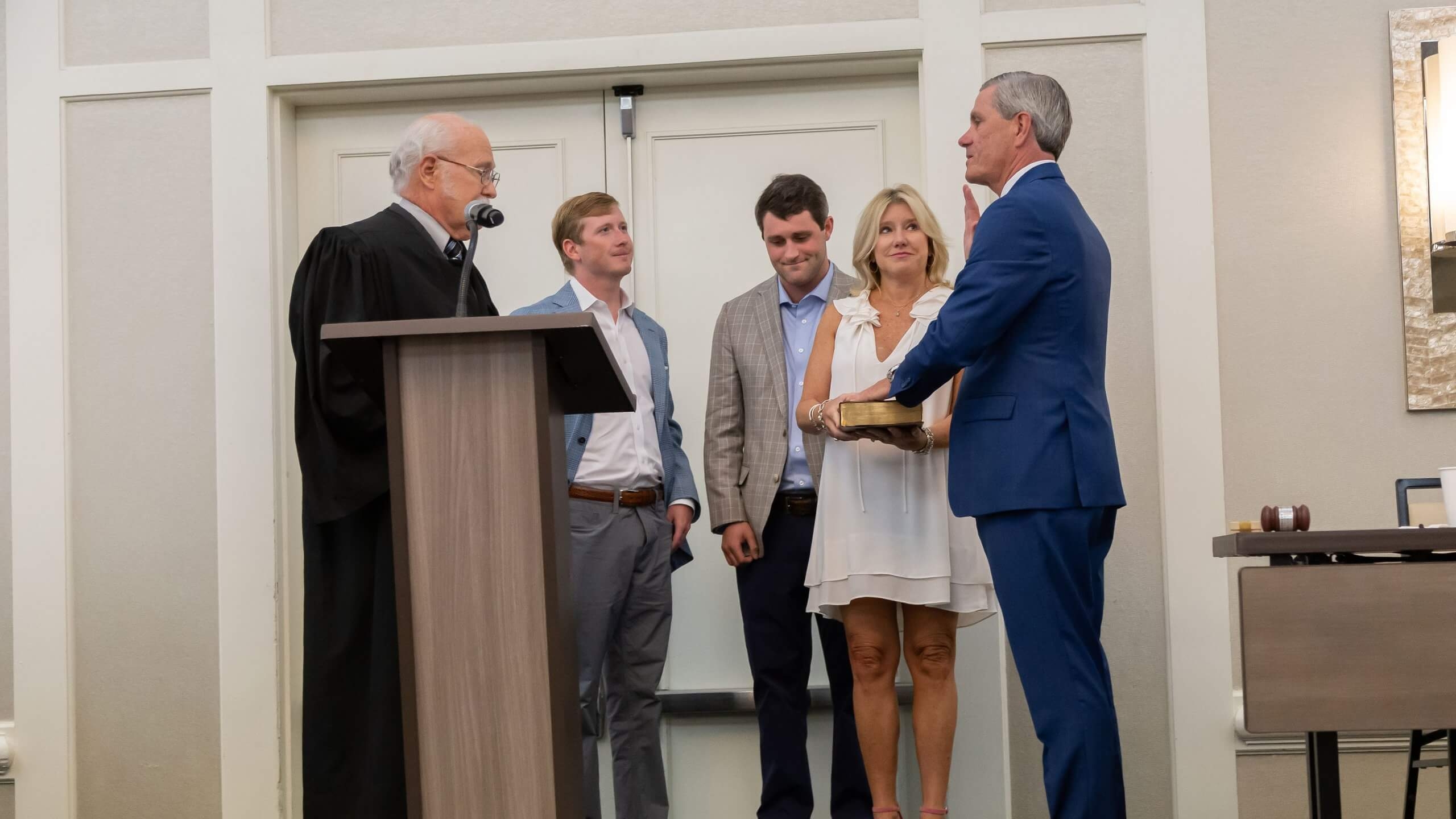 Montgomery attorney Gibson Vance has begun his term as President of the Alabama State Bar. Vance, a principal at the Beasley Allen Law Firm, was installed at the Bar’s Annual Meeting on June 25, 2022. During his first speech as president, Vance explained his passion for serving the Bar and its members.

“The work we do matters; the message we deliver matters; and the contribution we can make this year matters. Together, we can truly make a difference in the lives of our members,” said Vance.

His presidential initiative is called the Drive for Five. Not only will President Vance visit and spend time listening to members in all 41 judicial circuits in Alabama, he will also have the goal of informing members about a new program being launched later this month. The program will provide five free hours of counseling sessions from a licensed counselor in Alabama.

“Whether a lawyer is facing mental health issues, substance abuse or alcohol addiction, or experiencing suicidal thoughts, the attorney can call our 1-800 number and receive confidential help. No one at the Bar will ever know an attorney has used this service. As I visit every circuit in the state, I hope to drive home the message that to be a good lawyer, one must be a healthy lawyer,” added Vance.

The 1-800 number and program offering the counseling sessions will begin early next month.

Gibson’s nearly three-decade-long law career has been spent representing individuals who have been injured or mistreated. Advocating for and helping others through his work is deeply rooted in his upbringing. Born in Troy, Alabama, and raised by his mother, who was a schoolteacher, Gibson worked his way through Troy University and Thomas Goode Jones School of Law. While attending law school at night, he worked for a law firm full-time as a law clerk during the day. While attending Jones, he was elected Student Bar President.

He began his law practice during law school when he obtained his third-year practice card, and he assisted in trying several jury trials. Gibson started in a two-person law firm, handling all types of cases including criminal, civil, probate and domestic cases.

For the last 22 years, he has been a partner at Beasley, Allen, Crow, Methvin, Portis and Miles, PC. Gibson has had the opportunity to handle cases throughout the state. He continues to support Troy University as president pro tempore of the school’s board of trustees.

Gibson has served in many leadership capacities at the Alabama State Bar, most recently as President Elect from 2021-2022 and Vice President from 2020-2021. He also served as a Bar Commissioner representing the 15th Judicial Circuit and chaired and been a member of numerous committees and task forces, including the Alabama Lawyers Care Task Force and the Elections, Ethics and Government Relations Committee.

Gibson is married to Kate Vance, and they have two sons, Carter and Andrew.

Serving alongside President Vance on this year’s Executive Council are