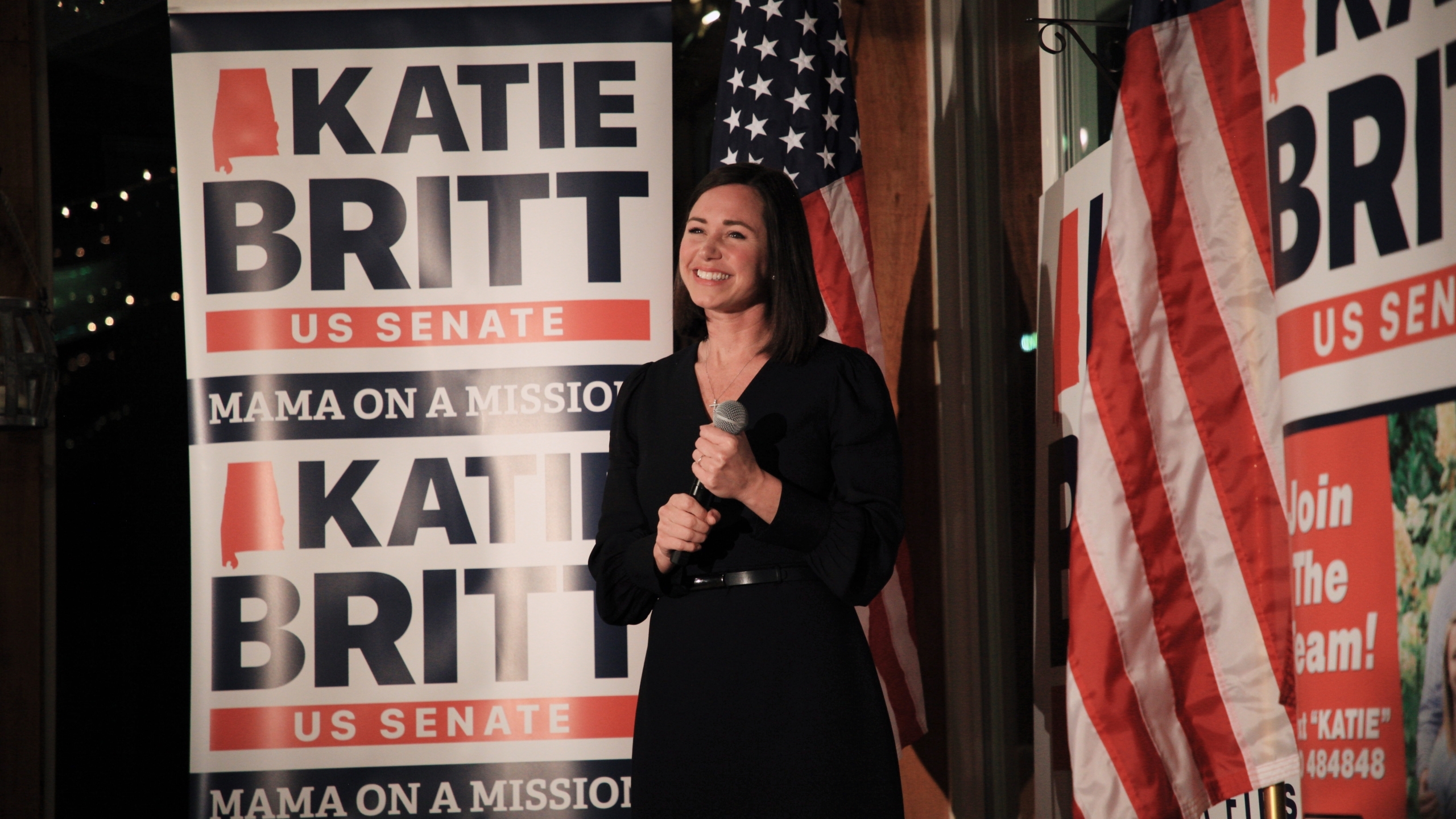 Katie Britt won the Republican Senate Primary the old fashioned way. She got out and worked for it and earned it and, folks, she won big. She beat Mo Brooks 63 percent to 37 percent in the GOP runoff. Katie carried an amazing 66 out of 67 counties.

Katie Boyd Britt was born to win this Senate Seat at the youthful age of 40. Those of us around Alabama politics recognized early on that she had unique, God given leadership abilities and integrity. We watched her grow up in Enterprise. She won everything in the Wiregrass from Debate to Dance. When I saw her become Governor of Girls’ State as a junior in high school, I looked at Jack Hawkins, the Chancellor of Troy University, and said that young lady has governor or senator written all over her.

Katie went on to the University of Alabama and was elected Student Government President, then she graduated from Law School at Alabama. She practiced law briefly then became Senator Richard Shelby’s Chief of Staff for five years. She then headed the Business Council of Alabama for three years before beginning her journey to follow her mentor, Richard Shelby, in the U.S. Senate seat he has held for 36 years.

Some of us who have known Shelby and been his friends and confidantes for over three decades were told soon after his sixth reelection victory in 2016 that these last six years would be his last hurrah. He told us he was going to encourage and support Katie Boyd Britt to succeed him. He wisely knew because of her age and acumen she has the potential to be one of Alabama’s greatest senators.

The seniority system in the United States Senate is so enshrined and entrenched that in order to be great you have to serve awhile. In fact, in order to reach pinnacles of power in the senate you have to be there at least 20 to 25 years. We have had three great senators in Alabama history. Senator Shelby is the most powerful and accomplished. The other two are Lister Hill and John Sparkman, who served Alabama in the U.S. Senate for 30 and 32 years, respectively. They were both powers. By the way, both Hill and Sparkman were SGA Presidents at the University of Alabama like Katie Boyd Britt.

Katie is younger than Shelby, Hill and Sparkman were when they arrived in the U.S. Senate. She will have the distinction of being the first female elected to the Senate from Alabama as well as the first female Republican Senator from the Heart of Dixie.

There are several adages in politics that definitely apply to Katie’s overwhelming landslide victory. First of all, you do not ever want to get into a race where you are going to be outworked and outspent. She checked both boxes. She outspent her opponents significantly. Shelby made sure of that. Money is the mother’s milk of politics. More importantly, she worked this state like nobody’s business. She campaigned thoroughly in all 67 counties several times. It would be safe to say she outworked Mo Brooks and Mike Durant combined three to one. Katie built a statewide grassroots organization and it paid off with her carrying 66 of our 67 counties. She started early and stayed late.

Winning the GOP Primary for a U.S. Senate seat in Alabama is tantamount to election. However, Katie Boyd Britt will take nothing for granted. She will run hard and outwork her Democratic opponent, Will Boyd, and will prevail as expected in November.

The last minute Trump endorsement had no effect on behalf of Katie Boyd Britt. She was leading in all polls by 20 points with momentum and money on her side. She was going to win, overwhelmingly, on her own. It helped Trump a lot more than it did Katie. All he did was see a candidate who was going to win and jumped on the train. Thus, Trump used the old sayings, “Ibet on a sure thing,” and “find a parade and act like you are leading it.” Katie knew Trump’s endorsement was not necessary. However, she graciously and quietly accepted and continuedunabated to an impressive victory, which she earned on her own merits.

Katie Boyd Britt will hit the ground running when she takes office as our first female elected Senator in January. She could be in the Senate for 40 to 50 years and will become one of Alabama’s greatest U.S. Senators.