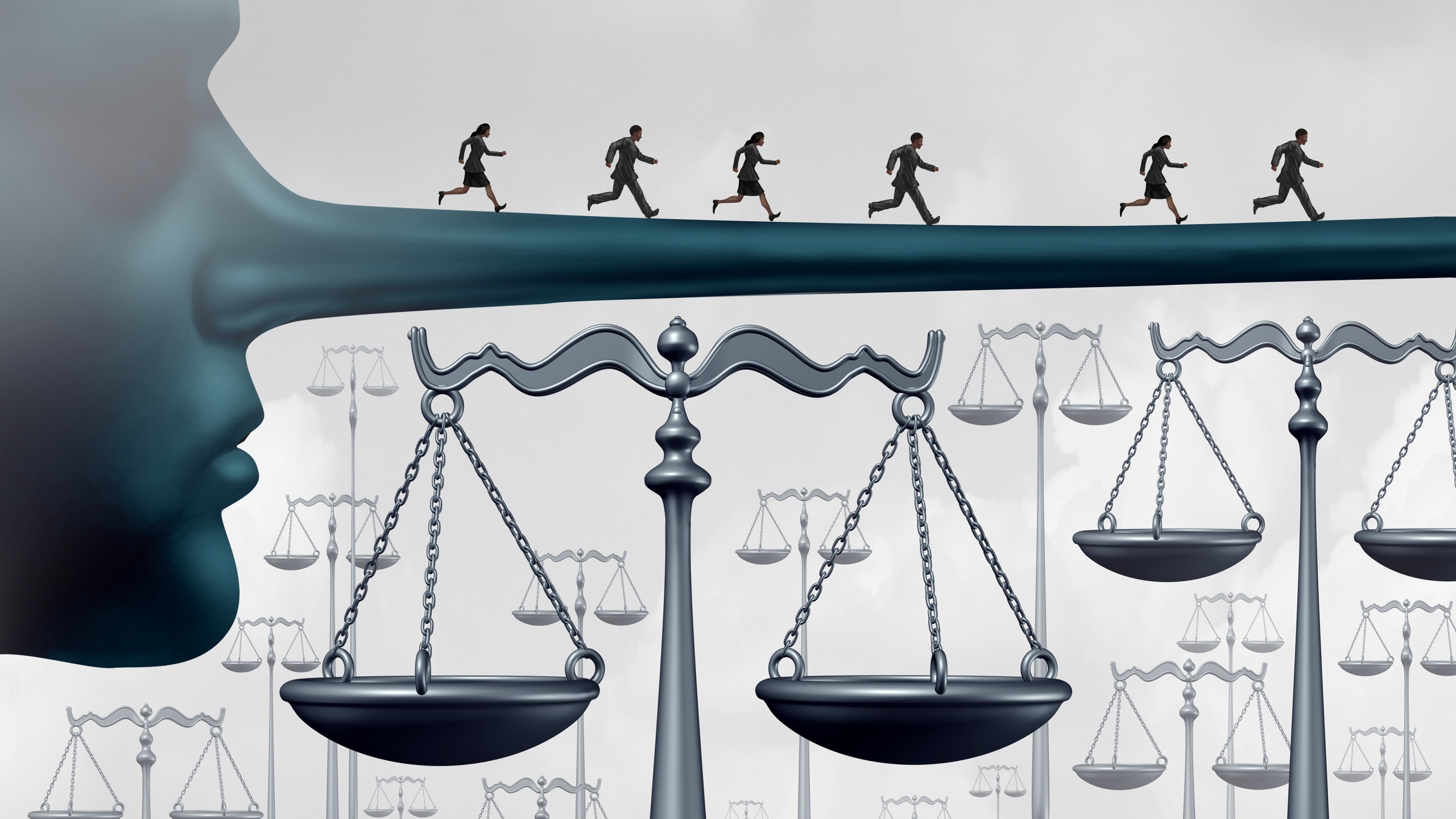 In an advisory opinion issued on July 13, 2022, the Alabama Ethics Commission gave itself the power to supersede state law, the rules of criminal procedure and to violate the U.S. Constitution’s Due Process Clause.

This action by the state Ethics Commission is a brazen attempt to hide its own incompetence and corruption at the expense of the rule of law and innocent individuals who have become the targets of selective and vindictive prosecution.

In its advisory opinion, the commission determined it is “not required or permitted to disclose exculpatory information or Brady material to respondents of complaints filed with the ethic commission.”

In plain English, the commission will hide any information that might exonerate a target of the commission’s investigation or prosecution.

This outrageous and egregious ruling was challenged by the Attorney General’s Office and the Office of Prosecutions Services, which represents the state’s district attorneys.

What is Brady material?

The commission says it is not required or permitted to turn over Brady material.

In 1963, the United States Supreme Court, in Brady v. Maryland, established that the prosecution must turn over all evidence that might exonerate a defendant to the defense as part of an individual’s constitutional right to due process.

What is exculpatory evidence?

The commission also concludes that it is not required or permitted to turn over “exculpatory” evidence to the defense.

Exculpatory evidence is information that increases a defendant’s probability of innocence or absolutely relieves them of liability. Often used to describe evidence in a criminal trial that justifies, excuses, or creates reasonable doubt about a defense, according to Cornell Law School.

When the Legislature established the Ethics Commission, it never imagined bestowing such sweeping powers or contemplated how a rogue agency—accountable only to itself— would twist the intent of the legislation to violate the rule of law under the guise of self-governing.

Over the last few years, there have been several examples of how the commission’s general counsel and its director have bent the rules to prosecute individuals. Some are known to the public and others are yet to be exposed.

However, as APR reported, Ethics Commission Director Tom Albritton and General Counsel Cynthia Raulston made numerous false statements to the press and the others involved in the case.

Reports chronicle some of the shocking actions undertaken by the pair in their pursuit of Phillips and Glenn.

The multiple felony counts were eventually reduced to misdemeanors because Albritton and Raulston bungled the case so badly.

In a 2021 ethics case brought against former Montgomery Police Chief Ernest Finley and then-Chief of Operations Jennifer Reaves by Raulston, the Attorney General’s Office discovered “demonstratively false evidence” and “material misrepresentations of fact” in ethics investigations reports, case files and transcripts from that hearing,” as first reported by WBRC.

Attorney General Steve Marshall, in a letter, wrote: “The transcript of the hearing before the commission indicates that material misrepresentations of fact were made to the commissioners both by the general counsel [Raulston] and the case agent [Byron Butler].”

Marshall also determined that Raulston had “violated ethical obligations under the Alabama Rules of Professional Conduct,” at which point he took the unusual step of stripping Raulston of her assistant attorney general status, which means she cannot represent the state in legal matters.

Raulston is still employed by the commission, where she holds the position of special assistant to the director.

In another case that APR is investigating, Raulston and commission investigators targeted a county constable who was later exonerated only after spending tens of thousands of dollars on a defense attorney with considerable loss of income and position. As in the Finley case, it’s alleged that Raulston and others at the commission withheld evidence and misled a panel of judges that heard the case.

The latest advisory opinion is a sure sign that the Ethics Commission has lost its way. It shows that the commission’s ethics are about on par with a Bangkok brothel owner’s. It seems that its legal opinions offer a standard of care not unfamiliar to a mob boss’s consigliere or a lawyer who received a law license as a bonus with a Costco membership.

In the advisory opinion, the Ethics Commission drones on about why it is exempt from the fundamental foundations of our nation’s criminal proceedings, but it’s simply legal jabberwocky to dull the senses of the unwitting and enrages anyone with half of a functioning brain.

The Ethics Commission is a valuable tool to hold public officials accountable, but using illegal or unethical means to catch lawbreakers is its own unique brand of corruption that cannot be tolerated in a civil society.

Now the commission has officially declared it’s a law unto itself — above state law, the rules of criminal procedure and the U.S. Constitution.

For the moment, it appears no one is willing to publicly confront the heresy committed by the commission.

"It’s all just a game for Tuberville. He’s not serious about representing Alabama in the U.S. Senate."