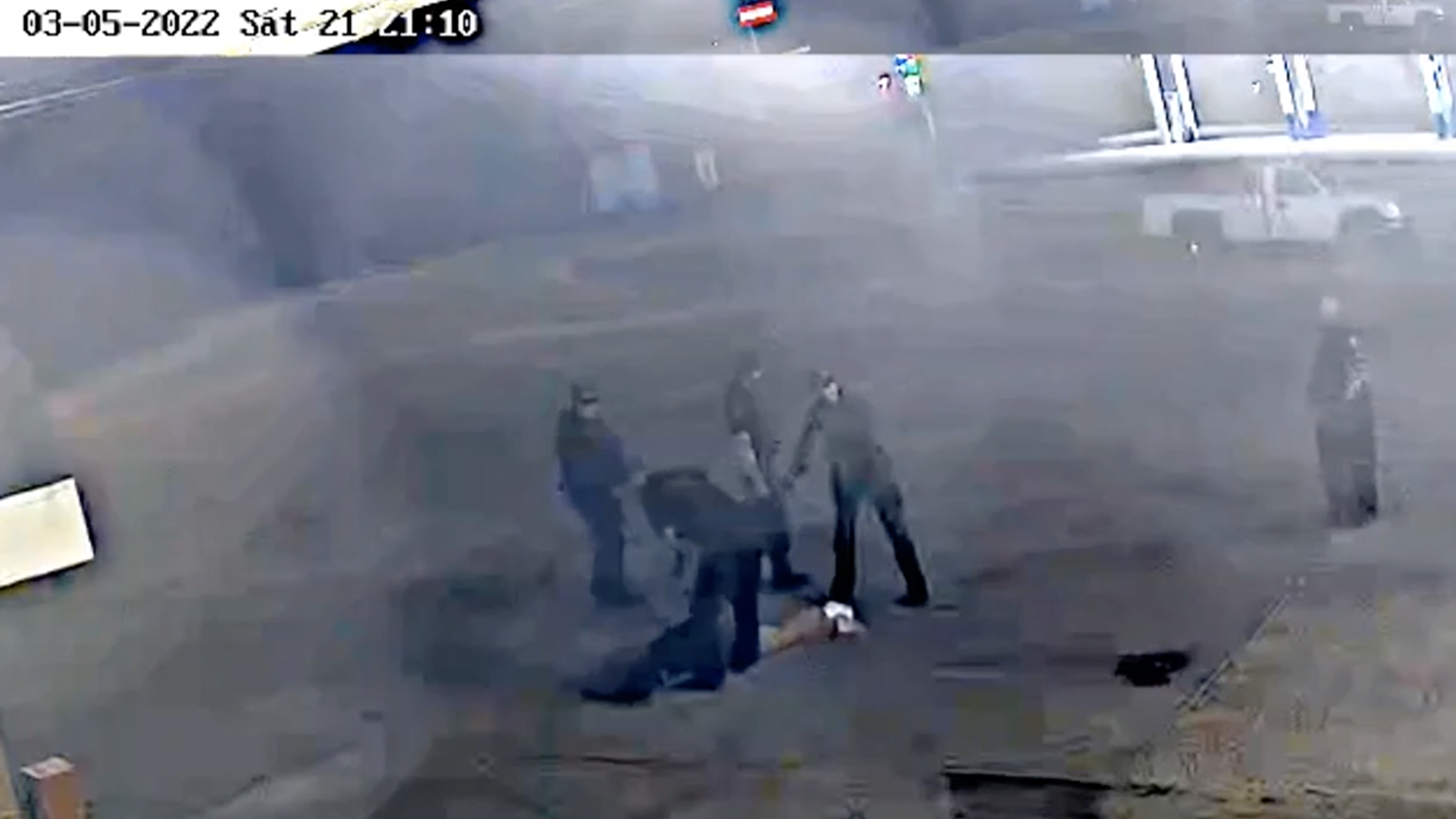 (VIA THE MONTGOMERY ADVERTISER)

In the video, viewers can see the citizen running from the police before being tazed and falling to the ground. He is laying there, essentially immobile, when the attack begins.

The March 5th footage, recorded in Wetumpka by a gas station security camera, shows officers tazing 25-year-old Tristen Quinn. Another officer quickly comes into frame, stomping on Quinn’s face with his boots. The same officer drops to his knee and punches him in the head before kicking him again a few moments later.

See it for yourself here.

According to the Montgomery Advertiser, Wetumpka Police stopped Quinn because the tag light was out on the car he was driving. The police and Quinn both agree that he refused to show his ID to Officer Brenden Foster. Both also agree that after being handcuffed and walked to the police cruiser, Quinn kicked Foster in the face while he was being placed in the vehicle.

They disagree on why Quinn did the kicking. Quinn says he was trying to defend himself after Foster slammed him down on the seat. Foster says the kick was unprovoked.

At some point prior to what the video shows, Quinn also may have been slammed on the ground. It was either after being dragged out of the police car or while attempting to flee.

What we know for sure – what we can see – is that Quinn did flee, and was tazed and beaten.

By the way, that footage seems to be the only video that exists. Andrea Hatchcock, Quinn’s attorney subpoenaed the video of the body cameras worn by Foster and the Wetumpka officers – only to be told by AXON, the manufacturer of the cameras, that none existed.

There’s also no video from the Elmore County deputies who were at the scene. They don’t wear body cameras.

Quinn was seriously injured by the beating. Two serious cuts on his head. A chipped front tooth. A fractured cheekbone. Forehead scarring.

Broken blood vessels over his left eye. A concussion.

All from a violent encounter with police. Remember, he was unarmed and fleeing.

Foster and his fellow Wetumpka Officer David Fletcher were cleared of any wrongdoing by an internal investigation of their encounter with Quinn. So far, the Elmore County Sheriff has not investigated the actions of its deputies (Hicks and Evans) who were at the scene. Even though Hatchcock says that Hicks is one of the officers seen on video attacking her client.

Some will say that Quinn deserved the beatdown. He kicked a cop. But here’s the problem: Cops are supposed to be more professional and restrained than civilians. They aren’t supposed to yield to petty impulses for vengeance.

It means that Hicks, coming late to the scene, shouldn’t have been getting any licks in.

Here’s something else we know: It shouldn’t be a crime to be driving while white and poor in Wetumpka. But that’s what Hatchcock, Quinn’s attorney, believes is going on.

“I could drive around Wetumpka and tell you who the police are going to pull over,” she told me earlier this week. Hatchcockbelieves people in beat-up, inexpensive cars – what we used to call hoopties – were being targeted by the police there.

I don’t live in Wetumpka so I can’t say. But maybe some of the white parents there should start having “The Talk” with their children.

Ask almost any black parent. We can walk you through it. 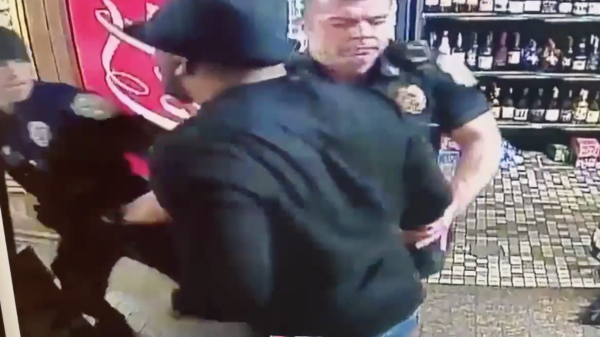