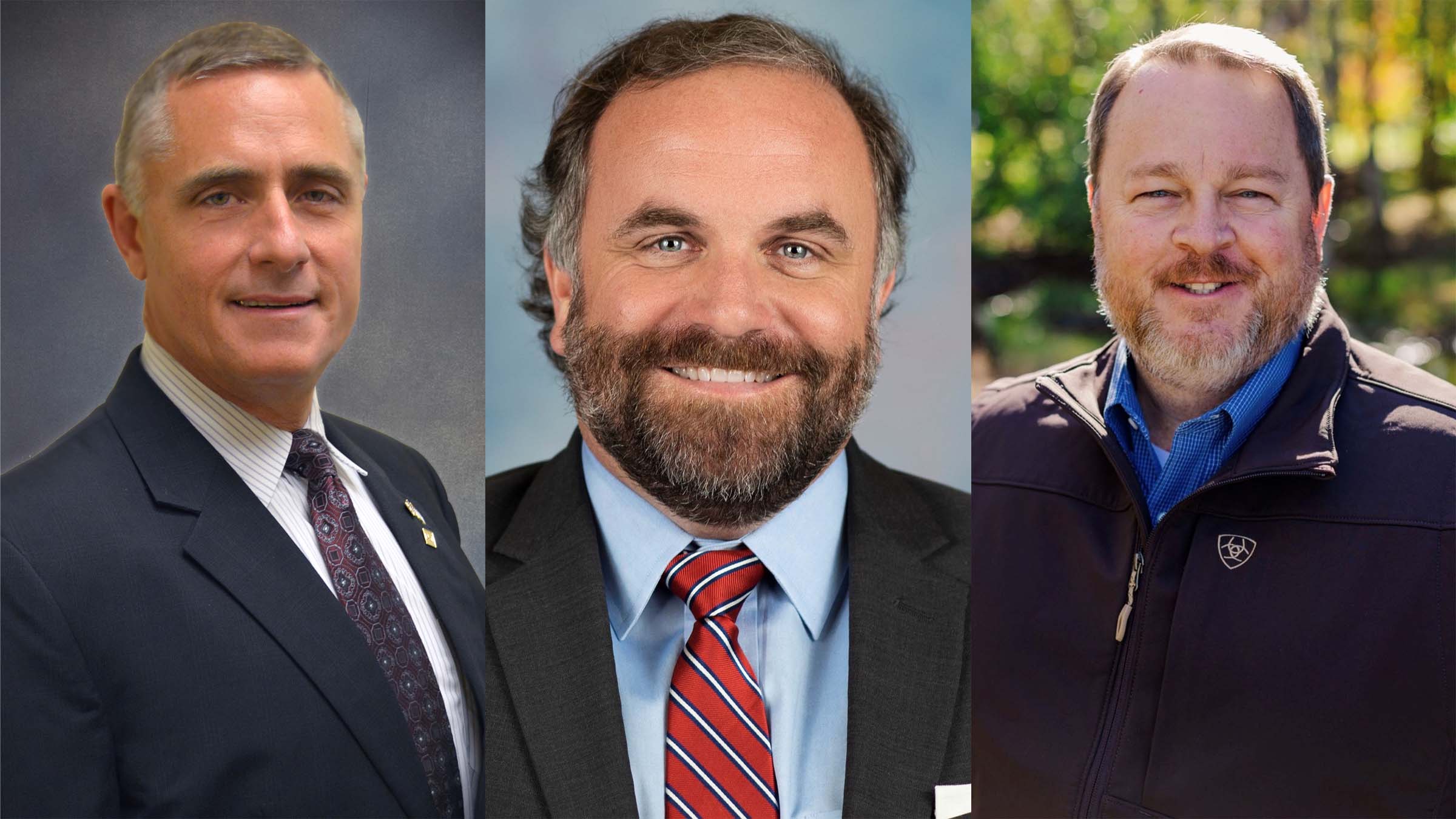 Bell is running to represent Senate District 11 which covers parts of St. Clair, Talladega and Shelby Counties. Bell practices law focusing on plaintiff and civil defense matters, as well as providing criminal defense services. He has served as the Chairman of the St. Clair County Republican Party for six years. Bell currently serves as the Chairman of the 3rd Congressional District Alabama Republican Party Executive Committee.

“I am humbled to receive the endorsement of the Alabama Forestry Association, they are a great group of hard-working individuals and I look forward to working with them in the future,” Bell said.

Hovey is running for Senate District 27 which covers parts of Tallapoosa, Lee and Russell counties. He was born and raised in South Lee County in the Beauregard community. Hovey began his career as a firefighter for the City of Auburn to put himself through college. He now works as a mortgage loan originator for AuburnBank and has served as the Ward 7 Councilmember for Auburn City Council for four years. Hovey has served two terms on the Lieutenant Governor’s state Small Business Advisory Commission.

“I am incredibly honored to receive the endorsement of the Alabama Forestry Association,” Hovey said. “I very much appreciate their active conservative voice across our state. Timber and forest products are very important to District 27. AFA’s support for landowner’s rights and small business interests are paramount to continued success.”

Hovey narrowly eclipsed incumber Tom Whatley in a controversial race that almost came down to a coin flip before Whatley withdrew and ALGOP reversed its decision to count a vote from an unregistered voter.

Riehm is running to represent District 33 which covers parts of Mobile and Baldwin Counties. He retired from the U.S. Navy after 21 years. During his time serving, Riehm was deployed overseas to serve during the Cold War and Desert Storm. Since retiring in 2005, Riehm is active in the Mobile Bay Area Veterans Day Commission. He is now a commercial real estate broker with CRE Mobile and is civically involved serving as a Land Commissioner for the Mobile County Probate Court.

“Timberland is one of Alabama’s most precious resources and forestry products are integral to Alabama’s economy, so it is vitally important that we advance our forestry industries and protect their interests for posterity,” said Riehm. “The AFA is a tremendous advocate for our forestry community and I appreciate their relentless efforts, so I am humbled and honored to earn their very important endorsement to serve as Senator for District 33.”

These candidates are seeking election to the Alabama Senate in the General Election on Nov. 8.