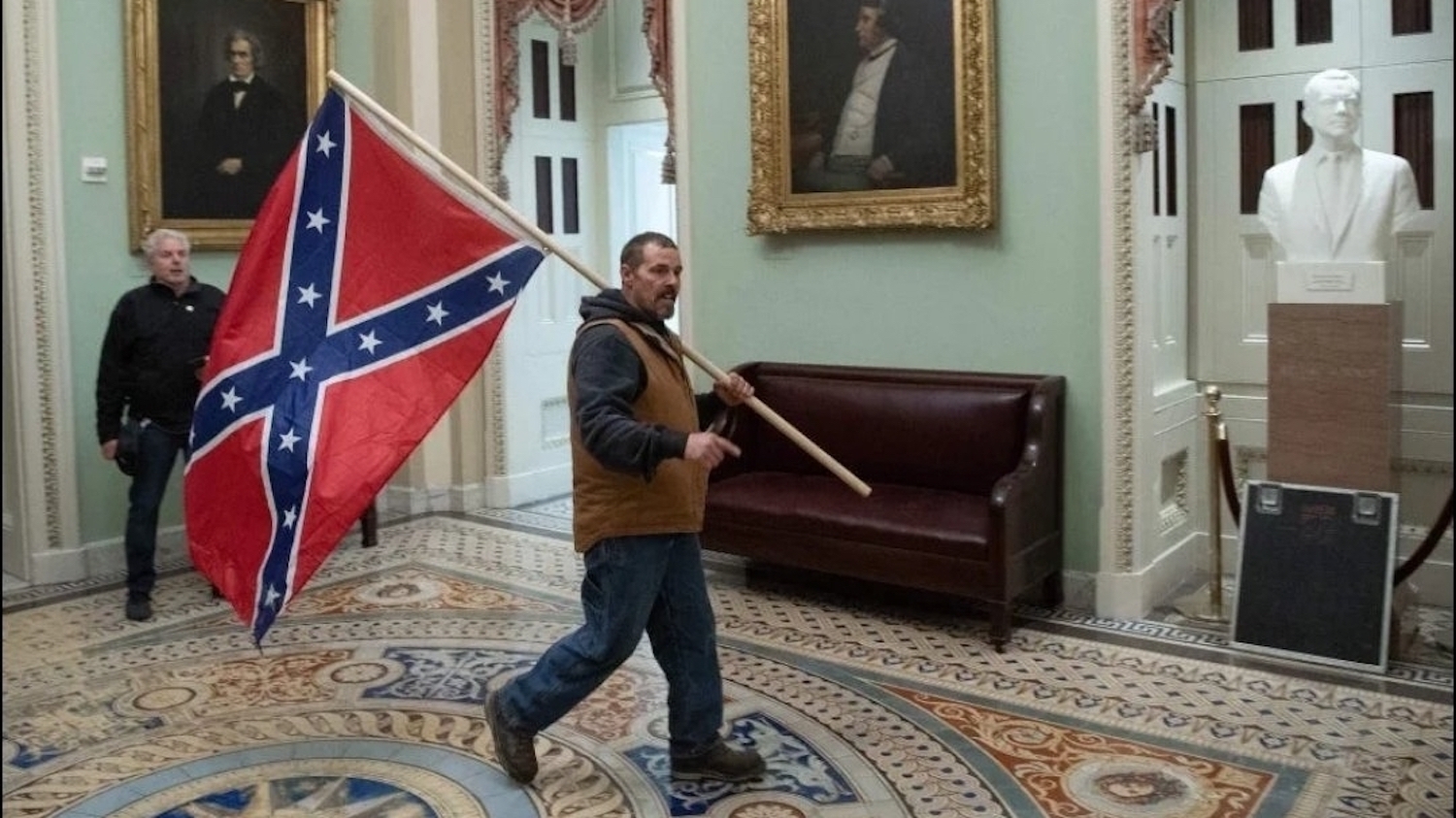 Among rightwing politicians, it is quite popular this election cycle to boldly announce your unyielding opposition to COVID vaccines being mandated by the CDC.

Red state Republicans are against any vaccine mandate, in fact – well, except for those vaccines, like the polio vaccine, that kept us all from walking with leg braces – because vaccines should be a choice – well, except for the vaccines, like the smallpox vaccine, that keep us from dying – and no one should have the right to tell you what you have to put in your body – well, unless it’s the vaccines for measles, mumps, chickenpox, rubella, tetanus, some flus and pertussis, because who wants to deal with any of that junk.

If you’re sensing a lack of logic, well, welcome to Alabama 2022. Where “death to the people” is a winning campaign strategy, so long as you frame it as owning the libs.

Honestly, I have no idea what matters anymore. Not in this state. Not nationally.

We used to care about quality public education and workers’ rights and decent health care and good jobs and at least the idea of treating people with dignity and respect.

It used to be that facts and common sense played at least minor roles. That reality was more often than not involved in major decisions.

But today … today, our governor and attorney general and a whole host of politicians from the party with a supermajority find it politically advantageous to be anti-vaccine despite the fact that vaccine has proven to be safe and effective at preventing death from a virus that has killed more than 1 million Americans and more than 20,000 Alabamians.

Thousands of people around the country are hospitalized right now with this virus. Hundreds will die over the next week from it.

And yet, to hear conservatives rail against the vaccine, against masks, against social distancing, against anything that might mitigate the spread of this very deadly virus, you’d think we were talking about something as harmless as border caravans (which have yet to cause a single death).

The madness is not just in Alabama, though.

Nationally, polls show a deadlocked race for control of the House and Senate. That seems a bit astonishing, given that one participant in that race, the last time the race was held, tried to declare itself the winner after losing the race, tried to kill some race officials and then smeared human feces on the walls of the place where we certify the race winners.

That day that supporters of the former president stormed our nation’s capitol building, carrying confederate flags and zip ties, chanting about the death of the vice president and erected a gallows out front? That day that cops were beaten and bombs were planted and a guy from Alabama rolled up with a truckbed full of napalm.

It seems like it should matter more that the overwhelming majority of congressional candidates and gubernatorial candidates from one particular party are still denying the election results, and a good many of them are outright supporters of the insurrection.

But then, maybe that’s too far in the past for our TikTok memories to process. How about this past summer?

I would think it might matter a smidge to people, particularly the people with uteruses, that they literally have no control over their own bodies right now. Not after the U.S. Supreme Court, filled with people who lied and said the abortion question was settled in order to get appointed, overturned Roe v. Wade, the aforementioned abortion question.

I mean, are you really telling me that you want to live in a country where states can force an 11-year-old to have an incest baby? Because that’s the reality right now for people in Alabama, and some other red states.

How is it possible that such a scenario doesn’t get you motivated to vote quite as much as Hunter Biden’s laptop or paying an extra quarter per gallon for gas?

In the meantime, if you’re on the other side of this, how are you so unmotivated by truth and decency and basic competency that you’re on the verge of electing one guy who kills puppies and another who killed babies (by your definition of abortion)?

But Republicans are, and they’re not ashamed of it. Because they want the power.

So they can appoint more judges who will block your student loan forgiveness, never legalize marijuana, block abortion access, overturn gay marriage and make it legal to again be able to pollute rivers to the point of setting them ablaze.

And none of it seems to matter.

It should, though. If the Trump presidency taught us all anything, there is one lesson we should be carrying with us forever.

These elections have lifetime consequences.