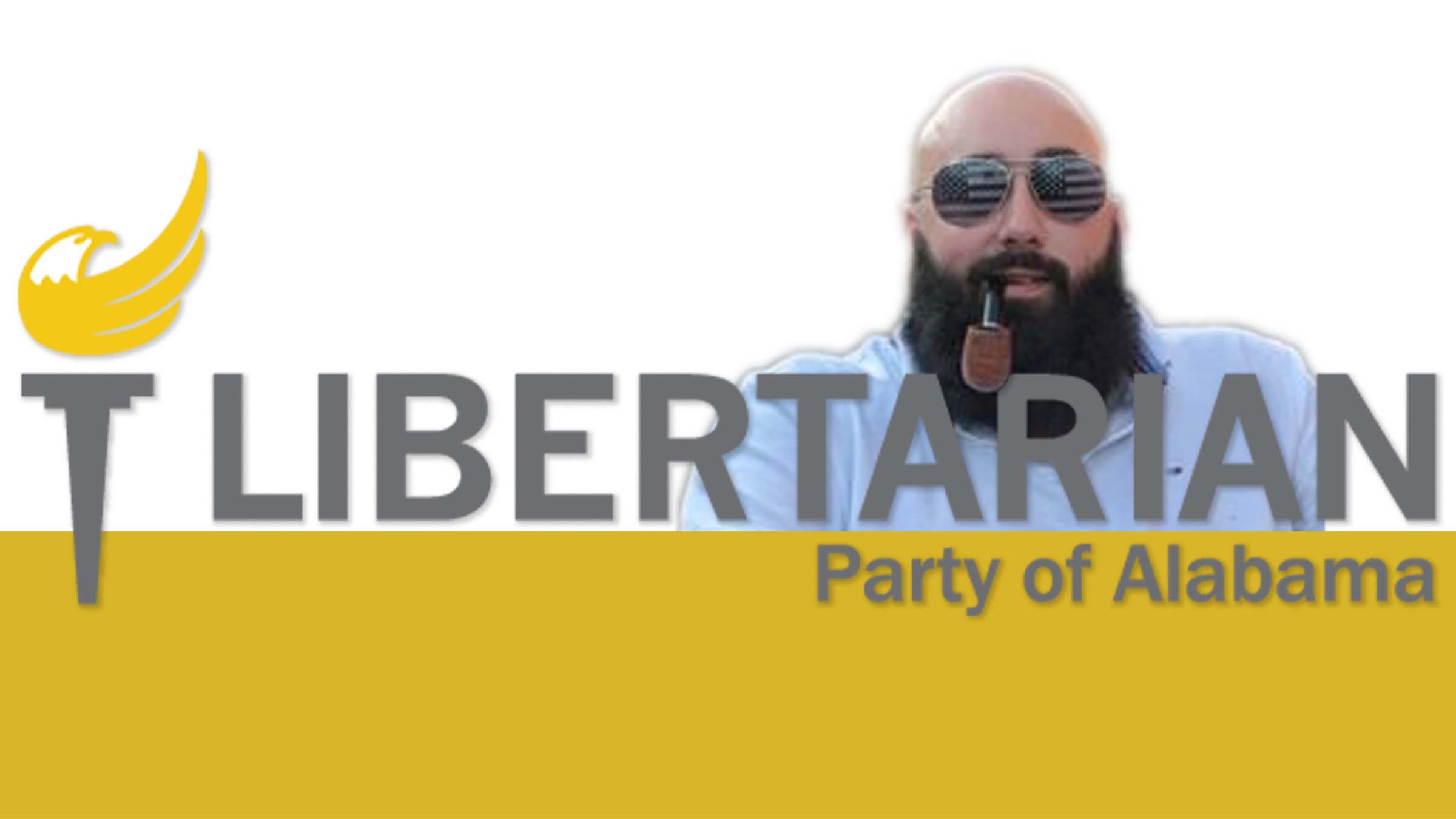 Gavin Goodman, chair of the Alabama Libertarian Party, is hoping to upset the status quo during the General Election in November. Jacob Holmes/APR

A week out from the general election, Alabama Libertarian Party chair, Gavin Goodman, is looking beyond reaching the 20 percent threshold required for the party to maintain ballot access.

“I expect to see some libertarians elected as well at the Legislature and below,” Goodman told APR Tuesday.

The party, on the ballot for the first time in 20 years, has candidates all up and down the ballot, in many cases standing as the only challenger to an establishment party candidate.

The party will need at least one of the statewide candidates to get 20 percent of the vote if it wants to stick around for another election cycle, although Goodman said there’s still some confusion about what that would mean for the party.

“We have not gotten an official answer; we’ve got a couple pieces of code spouted at us, but there seems to be a question mark in secretary of state’s office whether a cycle is two years or four years,” Goodman said.

Regardless, Goodman also shared his concerns that Alabama’s laws could become even more restrictive against third parties following the libertarian challenge this year.

“Our fear is no matter how well we do there will be a push in legislature to make most restrictive ballot laws in America more restrictive,” Goodman said. “I would not be surprised if elected legislature decided choice is not a good thing for people of Alabama.”

In addition to the ballot obstacles facing the party, Goodman said he feels Libertarians are also being overlooked by most media outlets.

“I’m feeling disheartened in the media; I feel local journalism might be dead,” Goodman said. “The last couple articles that have come out from AL.com and a couple of others have been disconcerting in completely ignoring the Libertarian party.”

For example, Goodman said the party was “flabbergasted” by a recent article that called the gubernatorial race historic for both candidates being women. It ignored the presence of Libertarian Jimmy Blake on the ballot, Goodman said.

“If you’re going to highlight women in the election, there are some amazing libertarian women running as well,” Goodman said. “They didn’t bring up Ruth Page Nelson running in a two-way race. Regardless, it’s almost like there’s a plot to not mention the Libertarians. It’s like ‘Gosh, what a horrible world it would be if Libertarians actually got elected.’”

Nelson recently made the news as she attended an Alabama Democratic Conference event seeking endorsement, and gave in-kind contributions totaling $1,600 to attend and speak at the event. There is no Democrat challenging incumbent Lt. Gov. Will Ainsworth.

“For us, it is policy over politics and party,” Goodman said.

The party’s performance will be one thing to watch on a ballot that remains otherwise uncompetitive in many races. The general election is on Tuesday, November 8.