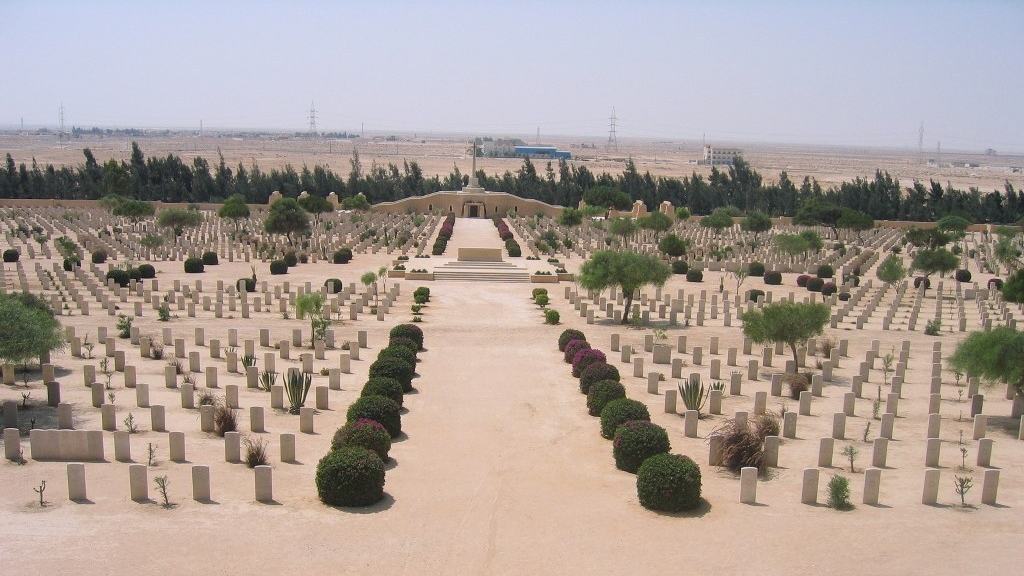 The cemetery at El Alamein.

America’s Veterans Day is recognized in other English-speaking countries as Remembrance Day. With the 80th anniversary this month of both the Battle of El Alamein and the North Africa “Torch” Landings, the observance has an added meaning.

Eighty years ago, for all intents and purposes, the outcome of World War II hung in the balance. On all fronts, the Axis forces were advancing while the Allies suffered setbacks in almost every theater of combat. But momentum began to shift; if November 1942 began with pessimism and despair, it ended in a cautious optimism that the Allied cause had commanders who could win.

In an amazing feat of coordination and cooperation, the Allied forces under the command Gen. Dwight D. Eisenhower, made five surprise amphibious landings on North African beaches hundreds of miles apart. This would be America’s initial entrance into the European phase of the war. Most of the American troops boarded vessels in the United States and steamed away without being detected.

The North Africa landings would raise the profile of Gen. George Patton and set in motion the liberation of the Vichy French colonies. While the initial resistance to the landings came from French troops, they were persuaded to surrender and join the Allied cause. This disrupted the French chain of command and caused the Nazis to realize the fickle commitment of Vichy France. Even more significantly, to prevent the repurposing of the French Fleet as Nazi vessels, the entire French Navy was scuttled.

The landings in French North Africa were the beginning of the gradual pacification of Axis hegemony. Prior to the landings, the Italians, and later the Nazis, were doing their best to prevent the British from controlling North Africa from Libya to Egypt. When the Italians were within a whisper of losing their toehold, Hitler sent reinforcements in the form of Erwin Rommel. His active duty in the desert would earn him the sobriquet “Desert Fox.”

So even before the Torch landings, the British were directly engaged with Rommel and his Afrika Korps. And, for the most part, the Nazis were on the offense pushing the British almost to Cairo. Tired of organized retreats, Churchill sacked one commanding officer and through circumstances identified Gen. Bernard Montgomery to lead the British 8th Army.

Montgomery, too, would make his mark in the desert. While the desert war was frustratingly slow, Montgomery took his time to build up his troops, making sure he had the necessary supplies and, by surprise, take the offensive.

Rommel, on the other hand, was having a hard time acquiring supplies necessary to keep his troops fed and his equipment serviceable. The British enjoyed significant naval resources to limit shipping in the Mediterranean, and the Royal Air Force had almost complete air superiority. Waiting for the best time to engage allowed Montgomery to build up his resources and served to diminish Nazi supplies and troop morale.

Eighty years ago, when Montgomery did attack, he caught the enemy by surprise. Rommel had returned to Germany to fully recover from an illness, but his forces were no match for the well supplied British joint operations. Superiority in tanks, aircraft and in armor piercing artillery, ground the Nazi war machine down into a full retreat.

Having to fight a defensive battle, Rommel turned to land mines to prevent British tanks and troops from attacking his flanks. As a counter measure, Polish engineers developed an electronic mine detector that allow mine fields to be cleared in record time. This Polish invention allowed Allied troops to surreptitiously cut paths through mine fields, which further surprised the Afrika Korps.

Montgomery’s victory at El Alamein caused Churchill to famously remark that while the battle was not the beginning of the end, it was “the end of the beginning.” From this point on, the British would win battle after battle, pursing the Nazis from North Africa to Sicily and, eventually, to Rome.

As we celebrate our Veterans Day, the British will honor their war dead on Remembrance Day.   At El Alamein, there will be a remembrance, as well, for it was 80 years ago that the might of the British Empire asserted itself and started the roll up of Nazi forces in Europe.

There is a cemetery at El Alamein for all the Commonwealth soldiers who died there. It is beautiful in its simplicity, and the symmetry of the marble headstones is a stark reminder of the cost of war.

To walk through the graves and read the short phrases on each marker is a moving and somber experience. There is a quiet reverence to be on hallowed ground. There are countless markers of teenagers who died for their country; but the most sobering headstones of all simply read “Known but to God.” In past years, families of the dead would gather to remember their sons, brothers, and husbands who made the ultimate sacrifice.

Like so many other war cemeteries, it is the last touchstone many families have, and their trek to El Alamein is a pilgrimage to remember. Years ago, a father asked that his family spread his ashes at the tomb of his only son. While frowned upon, I am told this was not an infrequent occurrence.

At the Commonwealth cemetery, there is an old Egyptian warden who keeps watch over the graves. His English is slight, but he takes his job seriously and guides families to the graves of their relatives in a most reverent and respectful manner. Of all the times in the Middle East when a tip or baksheesh might be in order, he refuses all gratuities and completely against type, acts insulted at the offer.

Remembering veterans this month is a good time to remember that 80 years ago in North Africa, American troops first engaged the enemy, and the British soundly defeated the Desert Fox while  paving the way for ultimately victory. The cemetery at El Alamein reminds us of sacrifice and provides an object lesson in the cost of freedom.