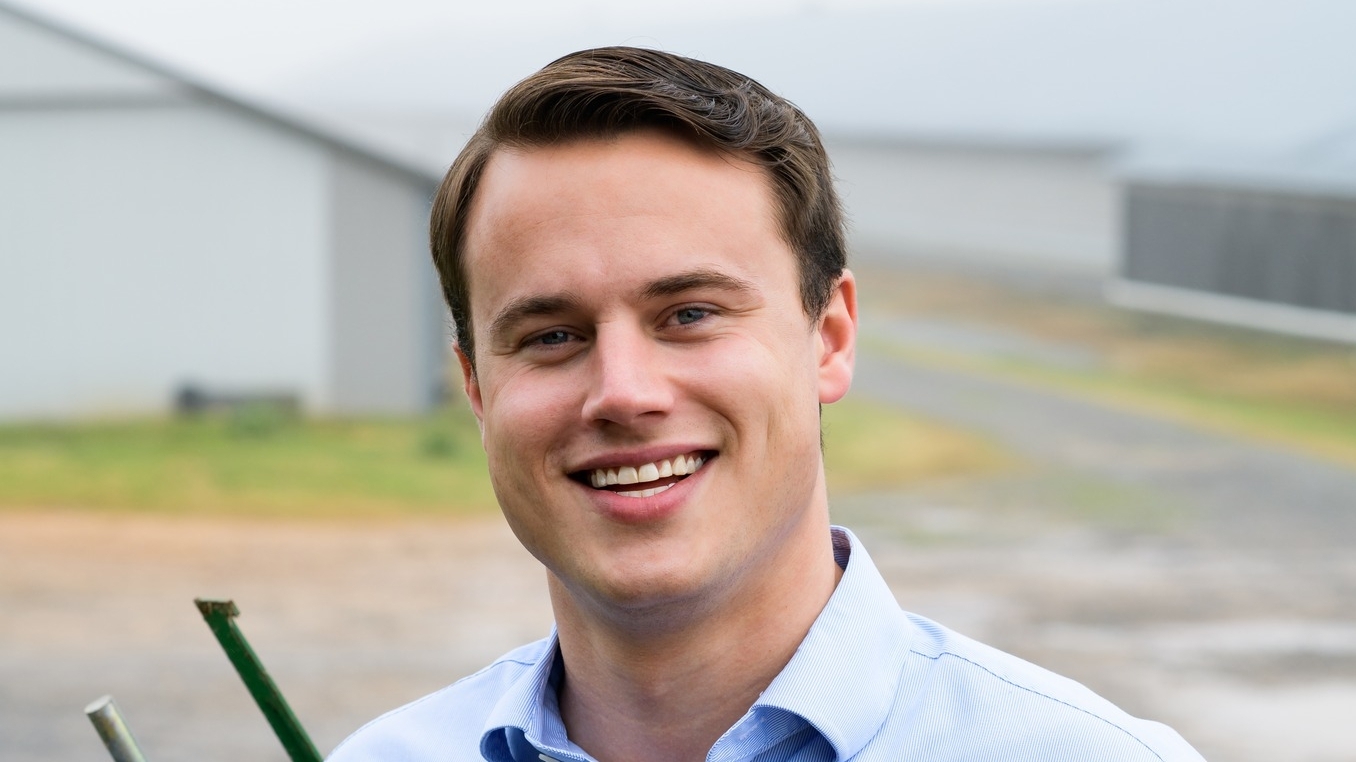 Perhaps the youngest state legislator ever elected in Alabama was former state representative Kerry Rich, R-Albertville, who was 23 during his initial term in the state House in 1974.

Colvin said in an interview with APR on Wednesday that he believes his age will allow him to connect with the topics and issues of younger voters in his district “who may feel as though they did not previously have someone who represented their voice” in state government.

“While I have traditional conservative values instilled in me, I also am able to understand the issues my generation faces – wanting better education, job opportunities after school, a safe place to live and raise a family, and a better-connected society with high-speed broadband,” Colvin said on Wednesday. “It was exciting to see so many young voters get involved in my campaign because they finally felt as if they had a candidate who represented them.”

A fifth-generation resident of Marshall County whose father owns The Yum Yum Tree deli on Railroad Ave in Albertville, Colvin said that first developed an interest in politics and public service at 19 while enrolled at Snead State Community College, later interning in the Alabama state Senate while a student at the University of Alabama.

“That internship gave me the first-hand knowledge and experience that really helped me throughout my campaign, and it has already helped me as a new legislator,” Colvin said. “During that internship is when I began developing a passion for state government and working to identify solutions that would benefit Alabamians of all walks of life. There, I thought to myself about the possibility of running myself one day, but I will be honest, if you told 2018 intern Brock that four years later, he would be walking the halls of the State House as a member, I would have told you that you were crazy.”

In October 2021, Colvin announced his candidacy for District 26.

“I wanted a young conservative who grew up in the area to become the representative, and once enough people in my community encouraged me and offered me their support, I knew this was something God was calling me to do,” Colvin said.

On election day, Colvin amassed 88.37 percent of the vote in a lopsided victory against Democratic nominee Ben Alford. During the Republican primary earlier this spring, Colvin faced fellow Republican candidates Tom Mitchem, son of former state Senate Pro Tem Hinton Mitchem, D-Guntersville, and Annette Holcomb, a nurse and former instructor at Snead State, and defeated both with a wide margin of victory.

“People saw the hard work my team and I put into this campaign, and I really believe that excited people to get out and vote this election cycle,” Colvin said. “It was unusual for my constituents to have conservatives just in their 20s knocking on their door campaigning on my behalf, and that excited them seeing young people getting involved in politics. I believe that excitement and the belief in our message is what helped my ability to raise money for our campaign. I am most grateful for those who supported us financially on this journey and ultimately allowed us to succeed.”

Legislative priorities for the upcoming regular session in March of 2023 include “ inflation/the economy, workforce development, and education,” Colvin said, each a primary concern brought by members of his district during the previous election cycle. Helping streamline the adoption process in the state is another priority for Colvin, who said he was happy to see the newly elected Speaker of the House Nathaniel Ledbetter, R-Rainsville, list it among his own key issues.

“I was glad to see Speaker-elect Ledbetter label this as a legislative priority for the next quadrennium, and I look forward to working with him and all of leadership on these issues,” Colvin said.

The District 26 seat of Albertville has one of the largest Hispanic communities in the state, with the latest data released by the U.S Census Bureau showing nearly 30 percent of the city’s population as Hispanic or Latino. When asked if members of the Hispanic community have expressed what their key legislative issues are and how he would address them, Colvin said that the issues facing the Hispanic community “were aligned with the concerns of all of my constituents” in the district.

At present, Colvin does not plan to pre-file any legislation for the upcoming regular session but said he would be “happy and honored” to sponsor bills in the future related to education, workforce development, and adoption streamlining.

“I do plan on working closely with Speaker-elect Ledbetter, Leader Stadhagen, and our entire body on these issues,” Colvin said. “If our caucus believes I am the best fit to sponsor these bills, I would welcome the challenge and opportunity.”