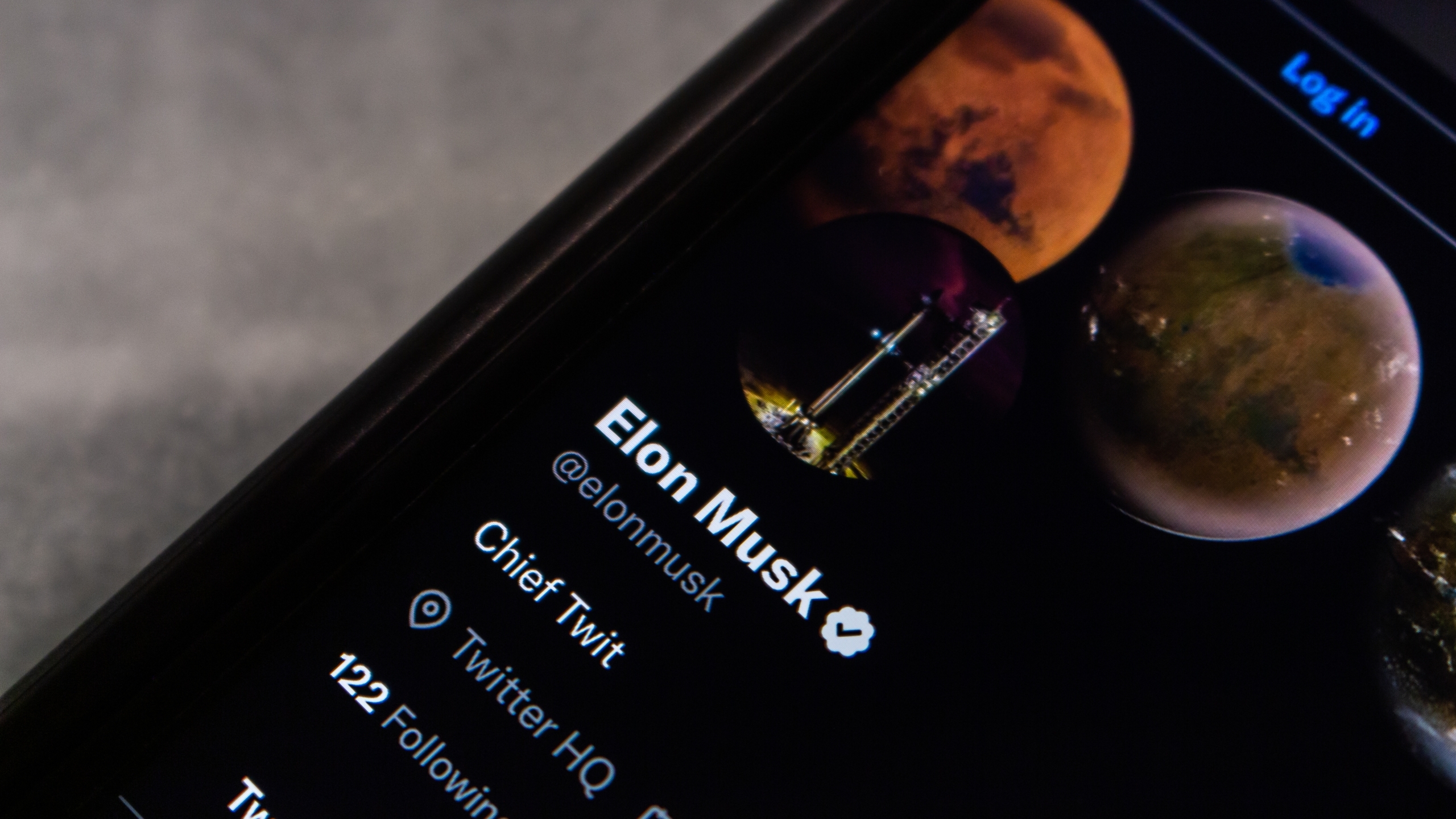 If you are — unlike myself — an actual adult and not terminally online, you may not know the sort of chaos that mercurial billionaire and semi-functional manchild Elon Musk has set loose upon Twitter with his $44 billion acquisition of the platform.

He has cut staff with a quickness and strongly suggested that others take buyouts. And alongside his incessant tweeting, he also has various schemes to use Twitter to generate income. The only one to be implemented to date, however, has been an expansion of the Twitter Blue subscription service that charges $7.99 a month for a handful of perks and baubles, including the almighty “blue check” — the longstanding signal on Twitter that users are dealing with a legitimate and verified account.

Predictably, it has not gone well.

Before signup for the service was suspended — don’t worry, Musk says, it will be back soon — Twitter hooligans had a field day impersonating both famous people like former President George W. Bush and former British Prime Minister Tony Blair and brands such as Chiquita Banana, Pepsi, aerospace and defense manufacturer Lockheed Martin and drug company Eli Lilly.

Most of that is harmless “fun” (depending, of course, on your sensibilities), but some of those fake tweets, particularly regarding Lockheed Martin and the company’s faux announcement of its suspension of arms sales to U.S. allies and the U.S. itself due to human rights abuses and Eli Lilly declaring that its insulin is now free, border on what would perhaps trigger legal liability on the part of Twitter and the posters in question. For while there is broad legal protection for parody and even mean-spirited jokes under the Supreme Court’s decision in Hustler v. Falwell, that grace extends only so far as that speech is not capable of being interpreted as a statement of fact by a reasonable person. Thus, we have a critical distinction between a Twitter user seeing a tweet purportedly by Pepsi stating that Coke is better and (perhaps) a surprising announcement from a drug manufacturer that its product is now free for those who need it to live; with even a casual critical eye, we can tell one from the other.

That discernment also probably spreads to the Lockheed Martin tweet since most reasonable Twitter users wouldn’t expect a defense contractor to announce, “We will begin halting all weapons sales to Saudi Arabia, Israel and the United States until further investigation into their record of human rights abuses.” That leaves us with just the Eli Lilly tweet on free insulin as something that might attach legal liability.

Normally, the question over whether an organization or a company can sue over a false statement of fact is an easy one: Dominion Voting Systems is currently involved in litigation against Fox News, Newsmax, Rudy Giuliani and others regarding election conspiracies; the University of Virginia’s chapter of the Phi Kappa Psi fraternity collected $1.65 million in a settlement with Rolling Stone magazine over a story about a gang rape that never took place; Texas cattlemen (unsuccessfully) sued Oprah Winfrey during the mad cow hysteria of the 1990s after she suggested beef was unsafe to eat — and that’s just to cite some of the more famous cases. But those were situations of defamation or product disparagement, examples in which speech harmed organizations or goods by negatively impacting their reputation, and that’s not what we have here, since a pharmaceutical manufacturer announcing that a life-sustaining medicine is now free would be considered a benevolent, merciful act by anyone who didn’t hold shares in the company.

But again, we’d usually have an answer for this as well in a tort law claim for false light, an action that hinges on false — but not necessarily defamatory — publicity heaped upon an unwitting plaintiff. For example, radio announcer George Bell sued the Birmingham Broadcasting Company after it spent the summer of 1951 advertising that he would be calling that fall’s Alabama football games for the network — only for the BBC to hire someone else. While today, we might say the thrust of his claim was appropriation (the unauthorized use of a plaintiff’s name or likeness for a commercial or trade purpose), the outline of a false light claim is there, especially where Bell alleged “humiliation and disgrace” as to the incorrect public impression that he would be calling UA football games. While he also claimed “great loss to his professional standing” in the wake of what might seem to be an apparent firing, that seems less plausible given that most people might not automatically reach the conclusion that Bell was sacked and therefore less professionally desirable.

Yet Eli Lilly cannot file a false light suit because false light is one of our privacy torts, and privacy rights belong only to living, flesh-and-blood beings. “’Personal’ in the phrase ‘personal privacy’ conveys more than just ‘of a person,’” wrote Chief Justice John G. Roberts in 2011’s FCC v AT&T. “It suggests a type of privacy evocative of human concerns — not the sort usually associated with an entity like [a corporation].” Those “human concerns” are another key distinction between defamation and false light; the former is premised on reputational harm while the latter is formulated to compensate for emotional harm. George Bell can be saddened and ashamed by the idea that the people of Alabama think he’s going to call football games for the state’s flagship university. Eli Lilly can’t “feel” anything as a corporation regardless of how embarrassing it was to publicly apologize for continuing to charge for insulin.

The company, though, took the matter seriously, enough so that it stopped all its Twitter advertising campaigns. And while there might be a correlation/causation problem, its stock did drop Friday after the tweet — albeit a decline alongside other health industry companies. We have a company concerned for its public perception. We have a jokester who went too far in making a statement that could reasonably be perceived as true. But we also want to protect criticism of companies and their policies.

My best guess — and this is probably a stretch — is something along the lines of “business interference,” a tort that can cover unfair competition and product disparagement. That’s a claim squarely aimed at protecting corporations from economic harm, and an intentional falsehood that monetarily harms a company — no matter whether it also includes loss of reputation — seems like the sort of thing that would be included.

But Twitter and the scamp who momentarily impersonated one of the globe’s largest pharmaceutical giants are not competitors with Eli Lilly, nor did they gain a clear economic advantage through their actions or (as in Twitter’s case) inaction. Still, both seem responsible for harm: the user through their intentional deception and Twitter/Elon Musk in creating such a chaotic mess when a reasonable person could have foreseen the consequences.

The precise contours of liability might best be left to a corporate law expert. But I know potentially legally problematic speech when I see it, and as Elon Musk continues to bungle his way through his new acquisition, I have but one piece of advice:

And think about what you’re enabling.