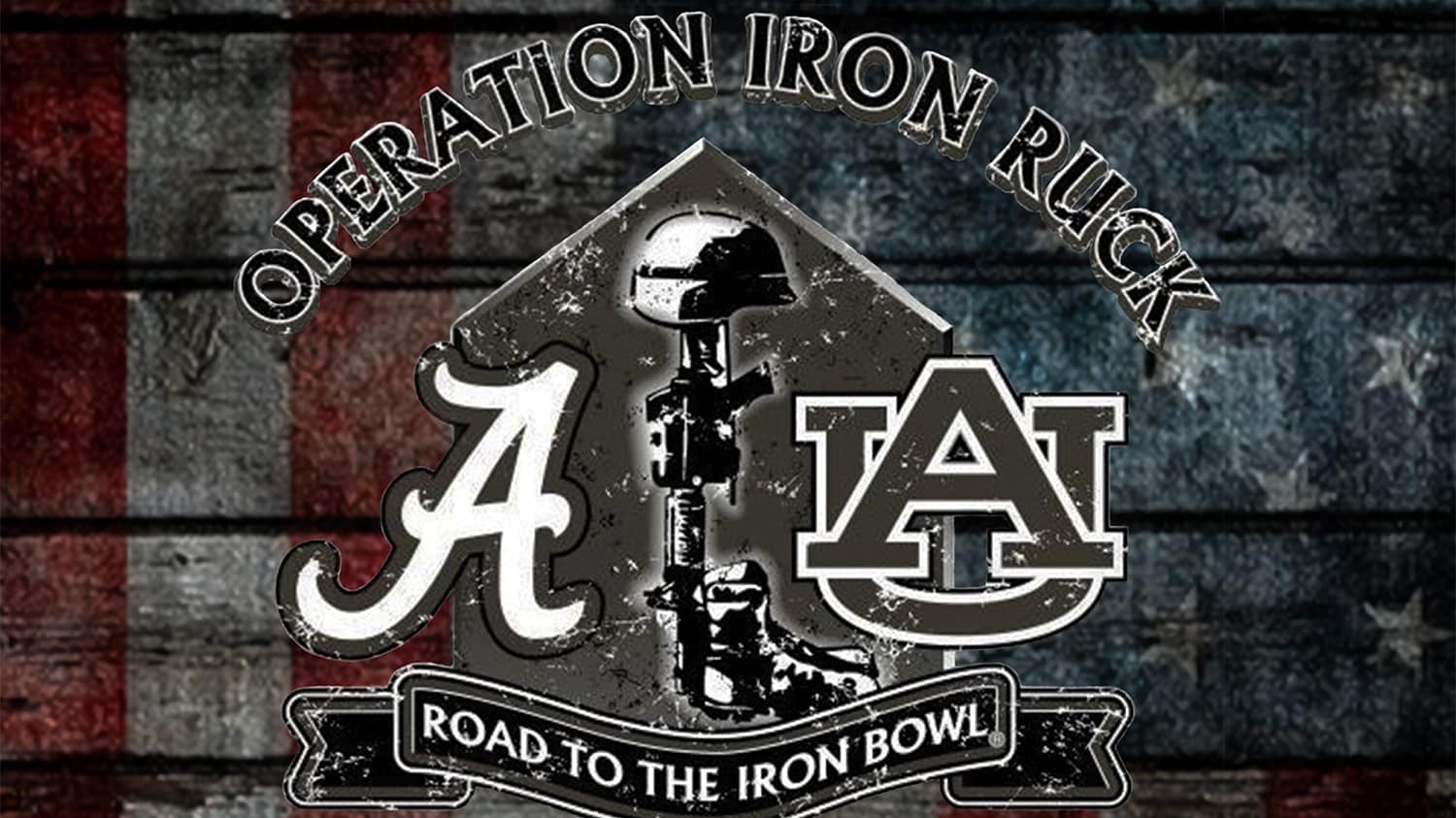 Governor Kay Ivey on Tuesday offered her support to Operation Iron Ruck (OIR), an effort by student veterans at The University of Alabama and Auburn University to bring awareness to veteran suicide. On Wednesday, November 23, student veterans from both schools will embark on a ruck march from Jordan-Hare Stadium in Auburn, and on Iron Bowl Saturday, November 26, they will complete the route at Bryant-Denny Stadium in Tuscaloosa.

Governor Ivey has signed a proclamation declaring November 23, 2022 as Operation Iron Ruck Day in the state of Alabama.

“The sacrifice of our military men and women never ends in combat. Even when our military members return home, many struggle with the impacts of the war in exchange for our protected freedoms,” said Governor Ivey. “Watching our state’s student veterans set aside their collegiate rivalries, unite and take part in this challenging journey to bring greater awareness to veteran suicide is admirable and demonstrates that our loyalty to the veteran community is recognizably strong in Alabama. I’m proud to offer my support to Operation Iron Ruck. We must always continue to fight for those who fight for us, and Alabama will always stand with our veterans.”

The group of student veterans will take part in the four-day, 151-mile ruck march from Auburn to Tuscaloosa while carrying 22-pound ruck sacks. Those ruck sacks contain donated items that the students will deliver to Bill Nichols State Veterans Home, Mission 22, Tuskegee Veteran’s Assisted Living Centers and Three Hots and a Cot. The items include hygiene products and an assortment of food items.

“Many veterans, myself included, personally know another veteran or service member who have succumbed to suicide,” said Clayton Buchanan with the Auburn Student Veterans Association. “On average, 17 veterans commit suicide daily. Through Operation Iron Ruck and the collaboration of the student veterans of Auburn and Alabama, it truly shows that the veteran community is strong and committed to take care of our brothers and sisters until seventeen becomes zero.”

“The life of almost every veteran and service members has been touched by suicide in some way,” said Tiffany Laurie with the Alabama Crimson Legion. “This year hits close to home as our community lost a veteran recently, so this year we ruck in honor of this veteran and their family.”

“It speaks volumes that the Alabama and Auburn student veterans’ associations set aside their rivalry during the week of the Iron Bowl to work together in raising awareness about veteran suicide,” said Kent Davis, who serves as the Commissioner of the Alabama Department of Veterans Affairs and Co-Chair of Alabama’s Challenge. “This march establishes a connectedness and level of support that has a lasting impact within the veteran community. I’m proud of both universities and all participants for the work they are doing to help raise awareness for veteran suicide.”

Alabama is home to approximately 400,000 veterans. Though veterans represent about 10 percent of the state’s population, Alabama veterans also represent a disproportionate 18 percent of suicides. There were 142 veteran suicides in Alabama in 2021. If you or a loved one are battling depression or having thoughts of suicide, you are encouraged to call The Veterans Crisis Line at 9-8-8 to speak to trained counselors and access immediately available resources.