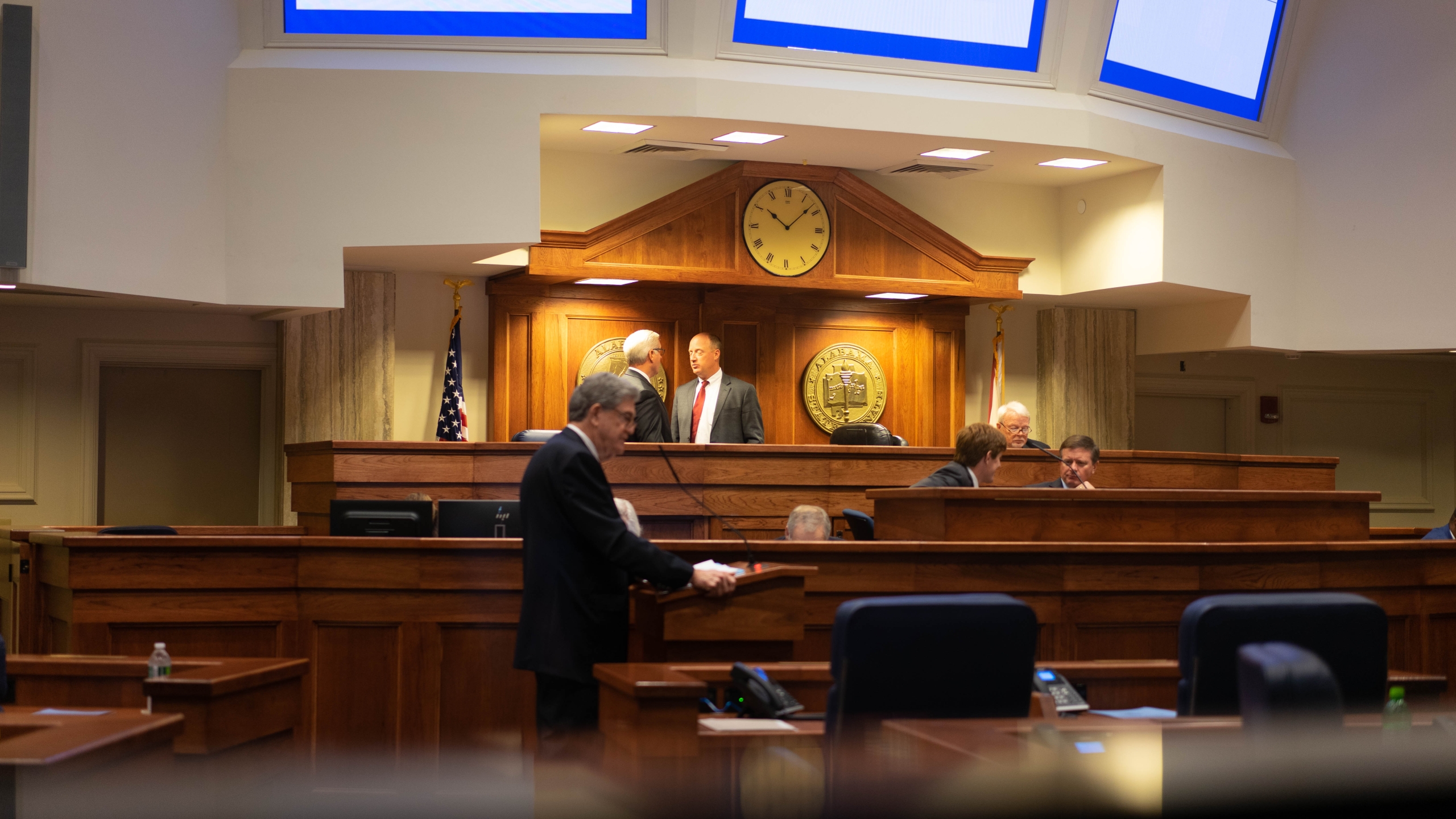 The floor of the Alabama Senate during a special legislative session concerning prisons. (JOHN H. GLENN/APR)

November 9, 2022, marked the beginning of a new quadrennium for the Alabama Legislature. Constitutional officers take office in January while Legislators’ terms begin immediately the day after the election. All of these are 4 year terms and will be up for re-election in 2026.

The Legislature will meet in its Organizational Session on Tuesday, January 10, 2023. This Session, limited to 10 consecutive calendar days, allows the Legislature to adopt the procedural rules for the quadrennium and elect the leadership of both Houses. There are 31 (30 percent) new members in the House out of 105. There are 6 (17 percent) new members in the Senate out of 35. Republican members remain a supermajority in both Houses.

In the Senate, Lt. Governor Will Ainsworth will continue to preside, Senator Greg Reed will remain Senate Pro Tempore, and Senator Clay Scofield will remain as Majority Leader. The Minority Caucus Chair will be Senator Linda Coleman-Madison.

A new Clerk of the House will be formally named in the Organizational Session with John Treadwell, formerly of Legislative Services Agency, to serve in that position replacing Jeff Woodard. Pat Harris will remain as Secretary of the Senate.

Absent a Special Session called by the Governor, the Legislature will go into its 2023 Regular Session on Tuesday, March 7. The Regular Session is limited to 30 meeting days within 105 calendar days so it must end by midnight on Monday, June 19, 2023.

The Legislative Services Agency has initiated an updated bill drafting program and any bills drafted over this past summer or fall will need to be re-entered into the new system prior to introduction. No bills can be pre-filed until the Organizational Session and adoption of rules to allow pre-filing of bills.