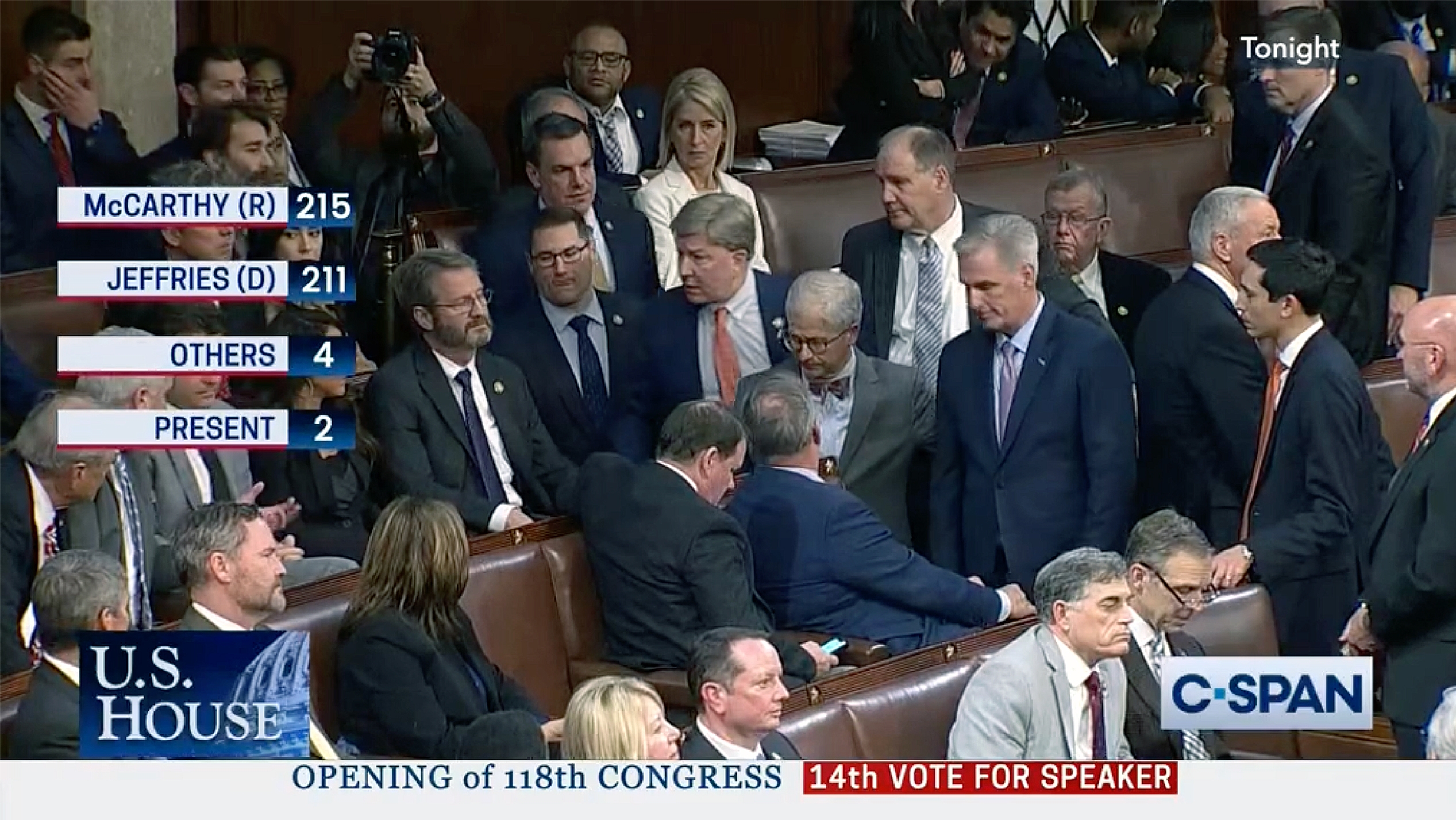 “Who was the guy who got grabbed by the face?” was a question my wife yelled from the other room late Friday night.

She had, of course, just watched the now-infamous CSPAN clip that’s been plastered all over social media this weekend. The one that shows Alabama congressman Mike Rogers charging over to confront Florida’s Matt Gaetz, before North Carolina Rep. Richard Hudson intervened.

Hudson chose to restrain Rogers by the face. Like a farmhand redirecting a stubborn calf.

There was no physical altercation. But apparently one was a-brewing. Tennessee Rep. Tim Burchett, who was seated between Rogers and Gaetz, told CNN’s Kate Sullivan that Rogers was “making threats about ending careers,” Sullivan paraphrased.

“People shouldn’t be drinking, especially when you’re a redneck, on the House floor,” Burchett said, according to Sullivan.

Burchett went on to say that he’d “drop (Rogers) like a bag of dirt” if Rogers put his hands on him. “Nobody’s gonna threaten me,” Burchett said.

People were outraged by what they saw on their screens. These grown men behaving in such a manner. Threatening each other. Nearly coming to blows. One guy getting dragged away by his jowls.

I was not. And let’s be honest, neither were you.

Because these are the people that Republican voters have elected. Mainly because they’ve gerrymandered out decency and professionalism and statesmanship and decorum. In favor of “reg’lar folks.”

Would you really be surprised to learn that some random guys from Florida, Alabama and Tennessee, with alcohol involved late on a Friday night, nearly got into a fight over a petty disagreement?

Of course not. So why are you now?

Why are you pretending that the setting makes any difference?

Oh, sure, it should. Don’t get me wrong, I’m not excusing any of this. I’m merely questioning your surprise, or the supposed “shock” that the nation had over this incident.

And I’d like to remind you that they’re firmly on the side of the people who two years to the day earlier were trying to hang the Vice President and were smearing human feces on the walls.

A physical altercation on the House floor is a step up.

It’s also a sign of what’s to come for our government, with a razor-thin margin in the House giving power to the insurrectionist wing of the GOP.

Because I’d like to remind you that the 15 votes to elect a speaker and the resistance to Kevin McCarthy didn’t come about because a small group of GOP good guys were demanding additional ethics restraints or pushing for more punishments for anyone who dared attempt to undermine a U.S. election.

No, it was pretty much the opposite.

They wanted, in part, to gut the nonpartisan Office of Congressional Ethics – a move that would see GOP House members currently under investigation voting to weaken the office investigating them – and they were mad at McCarthy’s lack of support for insurrectionists. And they’ve promised more havoc — both within the GOP and with Congress in general.

Already, there is talk of congressional investigations targeting Hunter Biden’s laptop and impeachment votes targeting President Joe Biden (just as soon as they can figure out why he should be impeached).

The next two years promise to be the congressional equivalent of smearing feces on the wall.

But as it’s happening, don’t be shocked by it. Don’t pretend that it’s surprising conduct for the people doing it. And don’t reward any of it with attention.

As we witnessed Friday evening, and two years ago, and at various and numerous times between and before, GOP voters have elected a bunch of people who behave like children. Who crave attention and fame. Who will perform any act and sell out anyone and anything for power or title.

As any parent of a toddler knows, the only truly effective way to deal with such behaviors is to ignore them.

The Legislature in 2021 moved funds originally headed to reimburse counties and municipalities for COVID measures to boost the unemployment fund.