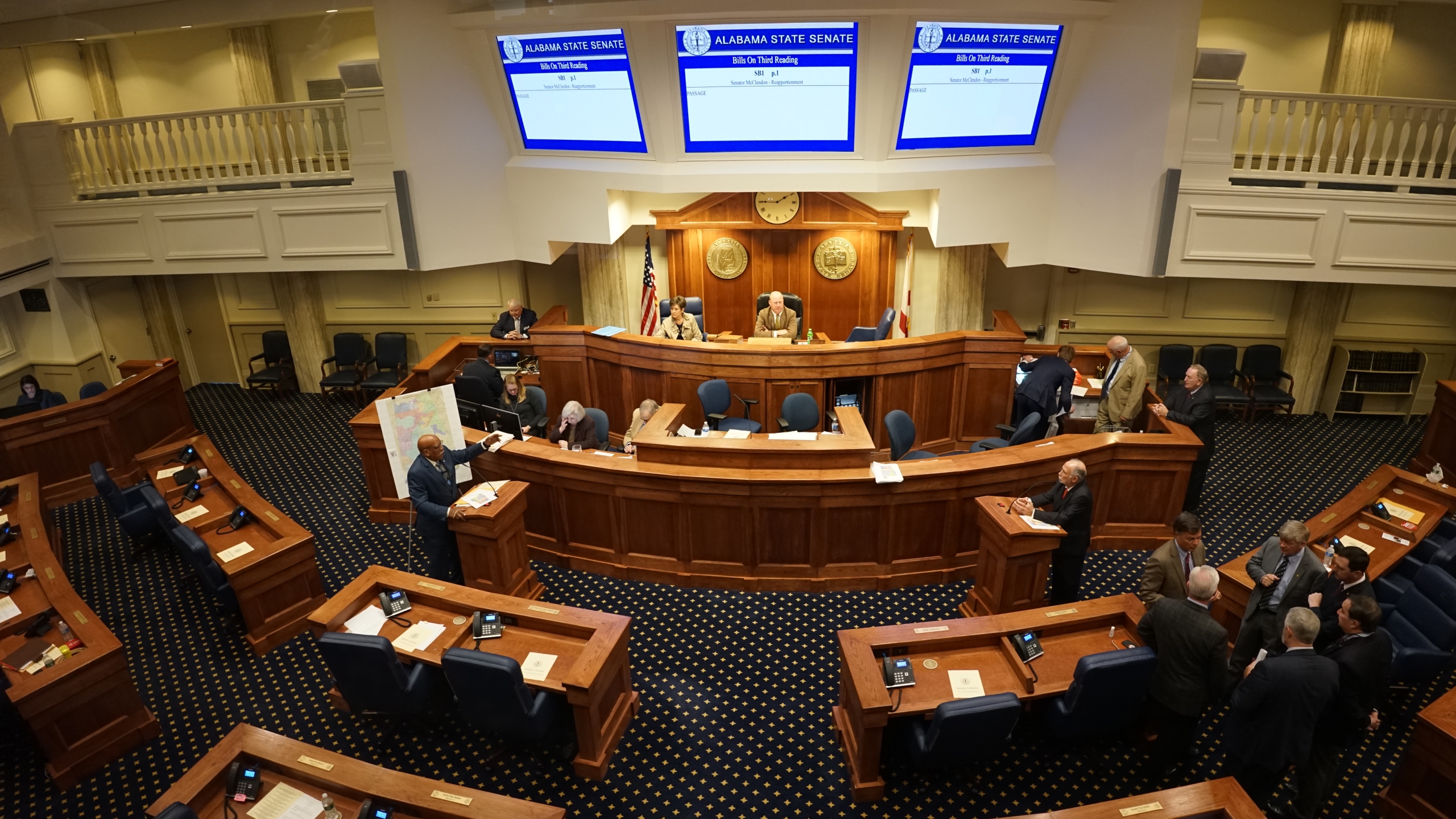 The Alabama Senate during a special session on redistricting. JOHN H. GLENN/APR

The Alabama Senate’s proposed rule changes were introduced on Tuesday and will be debated, and likely passed, on Wednesday as the Legislature moves through its organizing session.

The changes are comparably minor when contrasted with the Alabama House’s recently adopted rule changes to its own legislative process, with the Senate’s most substantial change being the proposed split of the State Senate Committee on Governmental Affairs.

The two subsequent committees to emerge would include one over “matters concerning the organization and operation of state government,” while the second would concern itself with “the organization, operation, and government of any incorporated municipality in the state of Alabama,” according to the resolution.

Other changes to committees include allowing the chairperson to decide quorum, where previously it was “a majority of the membership of each standing committee.” Additionally, language was added to allow vice-chairpersons the ability to sign legislation out of their committee when a chairperson is absent, as long as they receive written authorization from that chairperson.

Language was also added to limit debate on Budget Isolation Resolutions, which are budgetary appendages to House and Senate bills that must be adopted before a bill can be debated on the floor. The proposed total debate time would be no more than 10 minutes, with each BIR requiring three-fifths of the members present for approval before passing. Once adopted, a motion to reconsider could not be used.