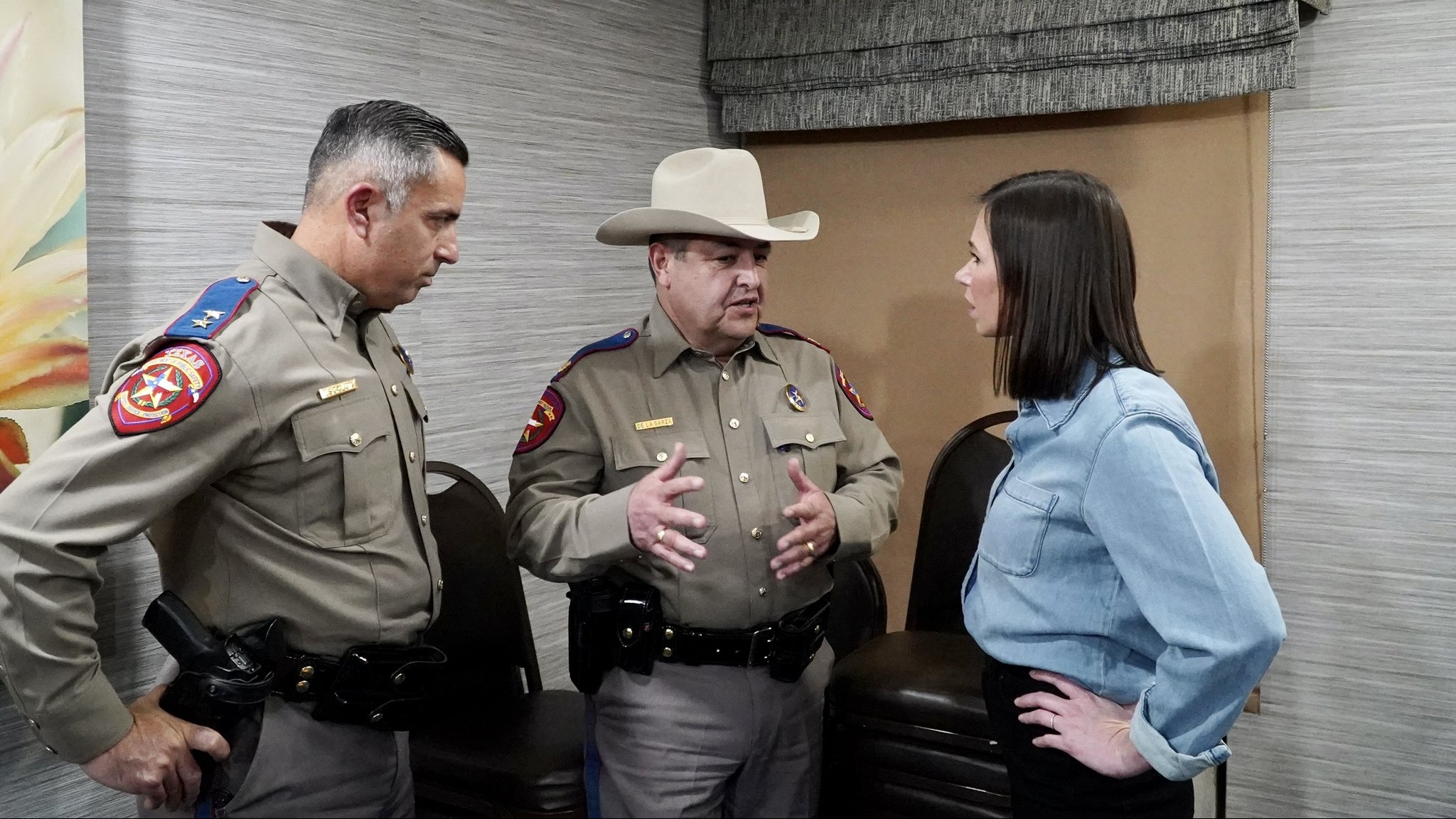 United States Senator Katie Boyd Britt released the following statement after wrapping up the final meeting during her trip to the United States’ southern border:

“What we witnessed these past 24 hours was gut-wrenching,” said Senator Katie Britt. “The raw numbers alone tell us that there is an unprecedented national security and humanitarian crisis at the southern border. However, seeing it up close was truly eye-opening, underlining the historic magnitude of the problem and giving faces to the very real human cost of the reckless policies that have caused this disaster. This trip was an important opportunity for me to listen to and learn from the people who are facing this every single day, from boots-on-the-ground law enforcement officers to courageous survivors of the cartels’ human and drug trafficking. Now, my team and I will be hard at work formulating and advancing tangible solutions that will help seal and secure the border and defend America’s future.”

The trip was led by U.S. Senator Marsha Blackburn of Tennessee and included U.S. Senator Cindy Hyde-Smith of Mississippi. The senators arrived in the Del Rio Sector Monday evening and immediately attended an operational briefing with leaders from the National Border Patrol Council and officials from the Texas Department of Public Safety. They then went on a nighttime visit to trafficking hotspots along the border, including an area along the banks of the Rio Grande.

Early Tuesday morning, the senators went on an additional tour of several border hotspots. In this leg of the trip, they witnessed migrants crossing the Rio Grande and then another group of migrants that was about to attempt crossing the river. This latter group included several children and a pregnant woman. Afterwards, the senators participated in a roundtable on human trafficking that included a survivor, as well as Rosa Maria de la Garza, a former member of the Mexican Congress. That was followed by a tour of a working Texas ranch whose livelihood has been threatened by the influx of migrants travelling across the property. Next, the senators stopped outside of a temporary CBP migrant processing facility that is costing the American taxpayer $16 million per month to operate. The day concluded with a roundtable comprised of local elected officials and law enforcement officers.