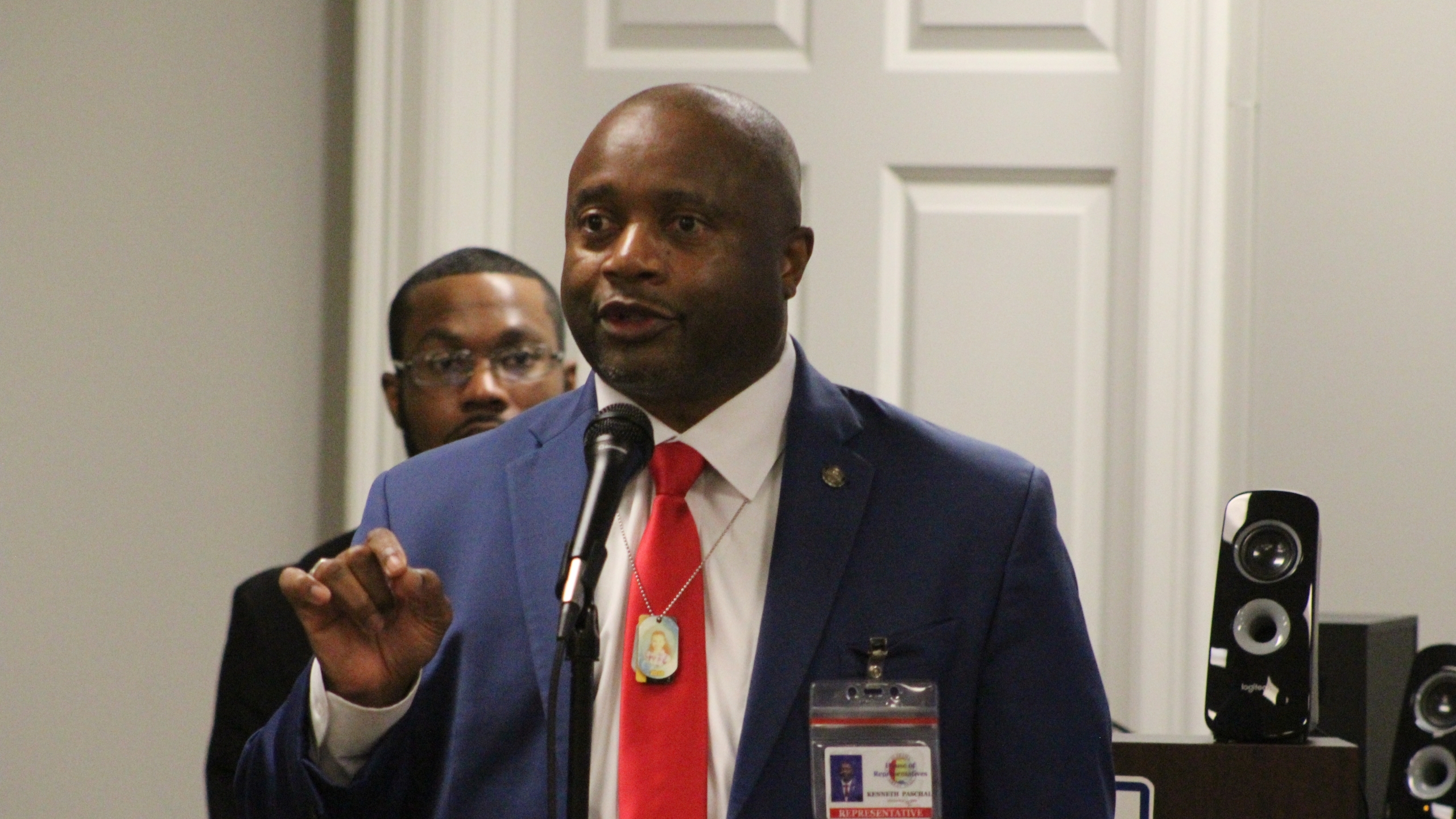 Rep. Kenneth Paschal, R-Pelham, speaks to attendees at an event of the ALGOP Outreach Coalition about being the first African American elected as a Republican tot eh Alabama Legislature since Reconstruction.

State Rep. Kenneth Paschal, R-Pelham, announced on Thursday he has pre-filed a pro-family bill that would “preserve and protect parental rights as fundamental rights” under statute.

Paschal’s legislation would recognize parental rights as “fundamental rights,” which cannot be taken away unless there is a “compelling reason” to do so, rather than “ordinary rights,” which he says allow parental decisions to be overridden by state government more easily.

“As a God-fearing man and father, I stand in unity with parents across Alabama who believe that it is our fundamental right to raise our children without fear of unwarranted government intrusion and interference,” Paschal said.  “Rather than creating additional rights, this bill simply preserves the rights already afforded to parents, who will be able to rest easy knowing that they won’t wake up one morning to find that the government is trying to erode their decision-making power in raising their children.”

Former NFL MVP and University of Alabama running back Shaun Alexander, who serves as vice president of the Parental Rights Foundation, said Paschal’s measure is a much-needed step in shielding parental rights from being weakened and, in some cases, revoked.

“I strongly support Rep. Paschal’s legislation that would enshrine in Alabama’s state code that the rights of parents are fundamental,” Alexander said. “While courts have long recognized these rights, it is time for the Alabama legislature to fully protect them by statute.

“One of life’s greatest honors is raising a child, which is a challenging task, a rewarding task, and, truth be told, a task that is key for the future of our great country. Few people will ever lead, provide, and protect a child like their parents.

“We must create the law that gives parents the authority to do that for their children. We must protect the family and the fundamental right to parent at the highest degree in the law. As a husband and father, I’m proud and honored to support this bill and urge that it be passed by the Alabama legislature and signed into law.”