The political gods seem to be shining on Scott Beason (R-Gardendale). Beason has been running a shoe-leather campaign to unseat the Alabama 6th District Republican incumbent Spencer Bachus. Bachus has over a million dollars in his campaign coffers and has not faced a serious challenger in many years.

A Texas-based super-PAC, “Campaign for Primary Accountability,” has decide to bet on Beason to unseat 10-term Congressman Bachus. Bachus who has recently come under fire for his insider trading activities and is now under a House Ethics investigation for his financial dealing while serving in Congress.

Campaign for Primary Accountability states it primary goal, “… is to bring true competition to our electoral process, to give voters real information about their choices, and to restore fair, not fixed, elections.”

Ellis says the organization looks throughout the country to find credible candidates who are challenging incumbents who have become intrenched in Washington, D.C.

“We look for areas where people are not happy with their current representative or are open to a change,” said Ellis.

In a poll conducted last week, Campaign for Primary Accountability says Bachus’ re-election numbers have dropped 19 points to well below the crucial 50 percent mark. They say this is due to voters learning the facts about the Bachus.

“Once voters have the facts about Bachus’ record, they find him unacceptable,” said Bob Schuman, national field director for the Campaign for Primary Accountability.

Two political operatives, who did not want to go on the record for this story expressed that the contest between Bachus and Beason is not only the story of David verses Goliath but between the Washington establishment and the new, more aggressive, conservative movement. One operative said, “Scott is a street-fighter, Spencer is old guard, If Bachus has to face Beason in a runoff all bets are off for Bachus.”

They noted that Bachus has not had to run a reelection campaign in years and have doubts that if Beason can raise the money that Bachus will have a ground game to fight him off.

“Mr. Bachus has taken advantage on the system to enrich himself,” said Ellis. “We want to level the playing field for Beason.”

Ellis points out that long-serving incumbents have all the advantages and spend years without a challenger because lobbyist and special interest groups give them millions of dollars to insure easy access to the legislator.

“Incumbents like Bachus have a privileged, reserved seat in the house of power which allows them to get the money they need whenever they need it,” said Ellis.

Bachus who is Chairman of the powerful House Banking Committee has a war chest that has been filled by the very people he is sworn to regulate according to Ellis.

One inside who would not go on the record said, “When Bachus was notified by Bernanke that the U.S. faced an immediate collapse of its financial markets, Bachus immediately brought a fund that makes money if the American economy fails, this is betting against his own country.”

Ellis says their PAC works to let the voters know that they need to be involved in the primary. “That is when these elections are mostly decided,” said Ellis, “If we increase turnout by a few points it will have a tremendous effect.”

Ellis said that Campaign for Primary Accountability would be putting significant resources behind Beason and against Bachus.

He says that voters must be informed and given a choice, he believes that this is the best way to help clean up Washington and restore the nation’s greatness. “Bachus is the poster child for what is wrong with longterm incumbents,”said Ellis.

Campaign for Primary Accountability says they will began their campaign in the very near future. 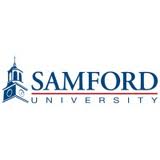 By Brandon Moseley Alabama Political Reporter On Monday, March 31 Republican candidates for Congressional District Six held what was billed as the first debate...

Super-PAC launches to level field for Beason, take on Bachus

By Bill Britt Alabama Political Reporter The political gods seem to be shining on Scott Beason (R-Gardendale). Beason has been running a shoe-leather campaign...

By Brandon MoseleyAlabama Political Reporter  Congressman Spencer Bachus (R) from Vestavia announced that he was able to preserve language in the transportation bill keeping...

Editorial Analysis: Which Outcast is Worse?